People who know me well know some of my passions. Clemson football is one. Another is Cheerwine, a cherry-flavored soda bottled in Salisbury, North Carolina, since 1917. Another passion of mine is Red River Gorge. Red River Gorge is a system of deep canyons in eastern Kentucky, a two-hour drive from the Creation Museum. A 29,000-acre (45 square mile) portion of Daniel Boone National Forest is set aside as the Red River Gorge Geological Area, but the Gorge extends beyond this boundary into the adjacent National Forest, state park, and private land. There are deep forests, hiking trails, and many cliffs in the Gorge. But what stands out in my mind are the rock arches in Red River. The only place in the United States with more arches is Arches National Park in Utah (with a reported 2,000 arches, it is recognized as the greatest collection of arches in the world). However, all the arches in Arches National Park are made of sandstone, but Red River Gorge has both sandstone and limestone arches.

What Is So Special About Red River Gorge?

I fell in love with Red River Gorge in the summer of 1974. I was between my sophomore and junior years at Bob Jones University. The previous autumn, my parents had moved from where I grew up in Ohio back to where they grew up in Menifee County, Kentucky. A portion of Red River Gorge is in southern Menifee County; the remainder of the Gorge is in northern parts of Powell and Wolfe Counties. I had spent much time visiting my grandmother in Menifee County while growing up. However, except for a single trip to Natural Bridge State Park (which is outside the Geological Area), we never went to the Gorge. During the summer of 1974, when I lived in Menifee County, I spent more time there than I had ever before. I heard about Red River Gorge, so I spent a few hours one day checking it out. I was instantly hooked, so I spent several more days that summer exploring the Gorge. I think the moment that sealed it for me was when I first glimpsed Rockbridge, a good-sized arch with a creek flowing under it, making it a true bridge. Rockbridge remains my favorite arch to this day. 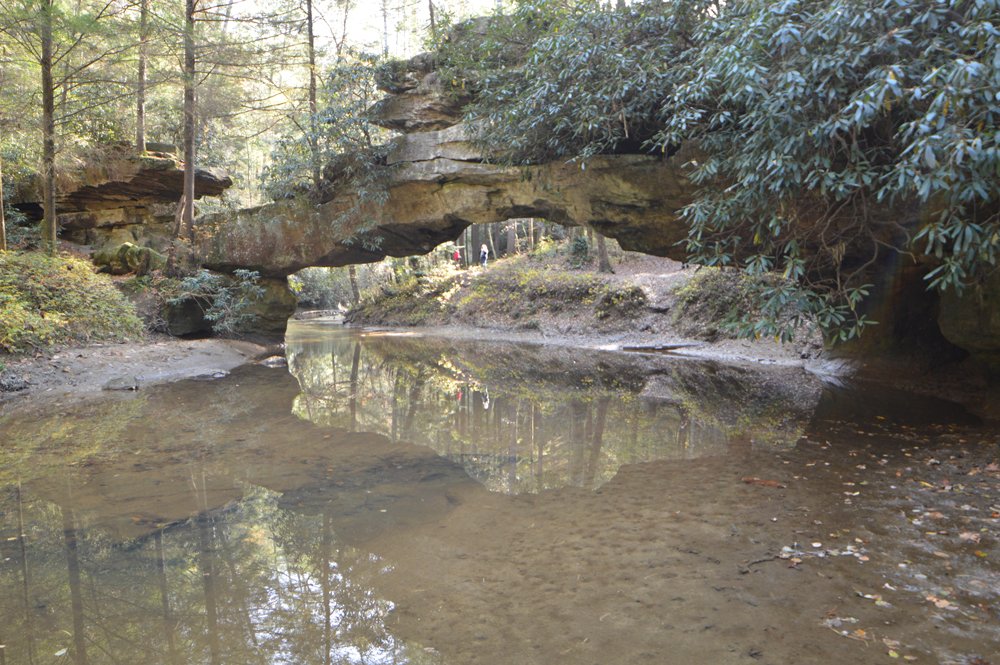 My schooling and then my career meant that I lived 4–8 hours away. Over the next dozen years, I would visit my parents from time to time, and on those trips, I occasionally would take part of a day to visit Red River. But my mother died in 1988, and my father soon relocated a little farther away from the Gorge. Consequently, I went for three decades without making any more trips to Red River Gorge. But now that I work at Answers in Genesis, I’m only two hours away from the Gorge. Consequently, about two years ago I started making frequent day trips with my hiking buddy, an Answers in Genesis coworker. We often rope another coworker or two to go along with us. I’ve camped in the Gorge a few times too.

In the 1970s I saw a sign in Red River Gorge that stated there were over 80 arches there. Another source said more than 100 arches were in the Gorge. I thought at the time it would be fun to visit as many of these arches as I could. I should have started earlier. In the intervening years, people spent much time scouring old records and exploring the Gorge looking for arches and documenting their locations. How many arches are in Red River Gorge? An exact count is difficult to determine. It is in the many hundreds. At the time I’m writing this, my hiking buddy and I have visited more than 150 arches in Red River Gorge. I hope to make it to 200 by the end of the year. Amazingly, there are still arches to find in Red River, though I’m sure all the large ones have been found already. My hiking buddy and I have found a few previously undocumented arches.

Answers in Genesis Field Trips to the Gorge

Now there is an opportunity for you to enjoy Red River Gorge too, with me as your tour guide. This year, Answers in Genesis is kicking off field trips to Red River. Our first stop on the field trip will be Rockbridge—again, my favorite arch. Next, we will go to Princess Arch and Chimney Top Rock. Chimney Top is perhaps the best and certainly the easiest-to-reach overlook in the Gorge. Around lunchtime we will travel to Sky Bridge, an impressive double-arch. We’ll end the day with Gray’s Arch, the highest arch in the Gorge. Each stop will require a short hike (none more than two miles). There will be a few other little surprises along the way. 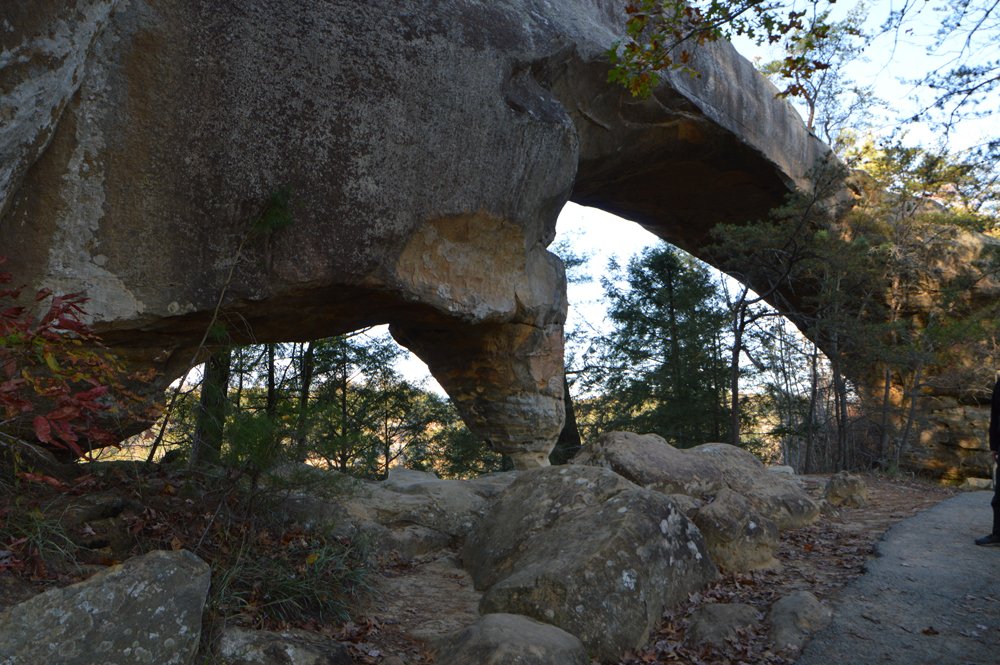 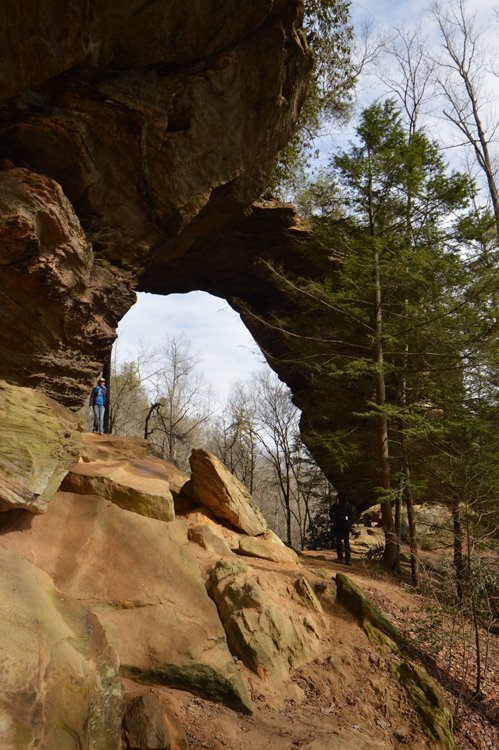 Our very first field trip to Red River Gorge will be Friday, April 9. To celebrate this kickoff, I’ll be providing a bottle of Cheerwine for everyone in attendance. Why don’t you plan to go along? Being a two-hour drive from the Creation Museum (and even less from the Ark Encounter), you could plan to spend a few days and have a grand visit to Answers in Genesis’ two attractions as well as Red River Gorge. You can register for the Red River Gorge field trip at the link below:
https://creationmuseum.org/events/workshops/explore/red-river-gorge/