The Elusive Search for Dark Matter Continues—Does It Even Exist?

What’s invisible and makes up maybe 90% of the universe? 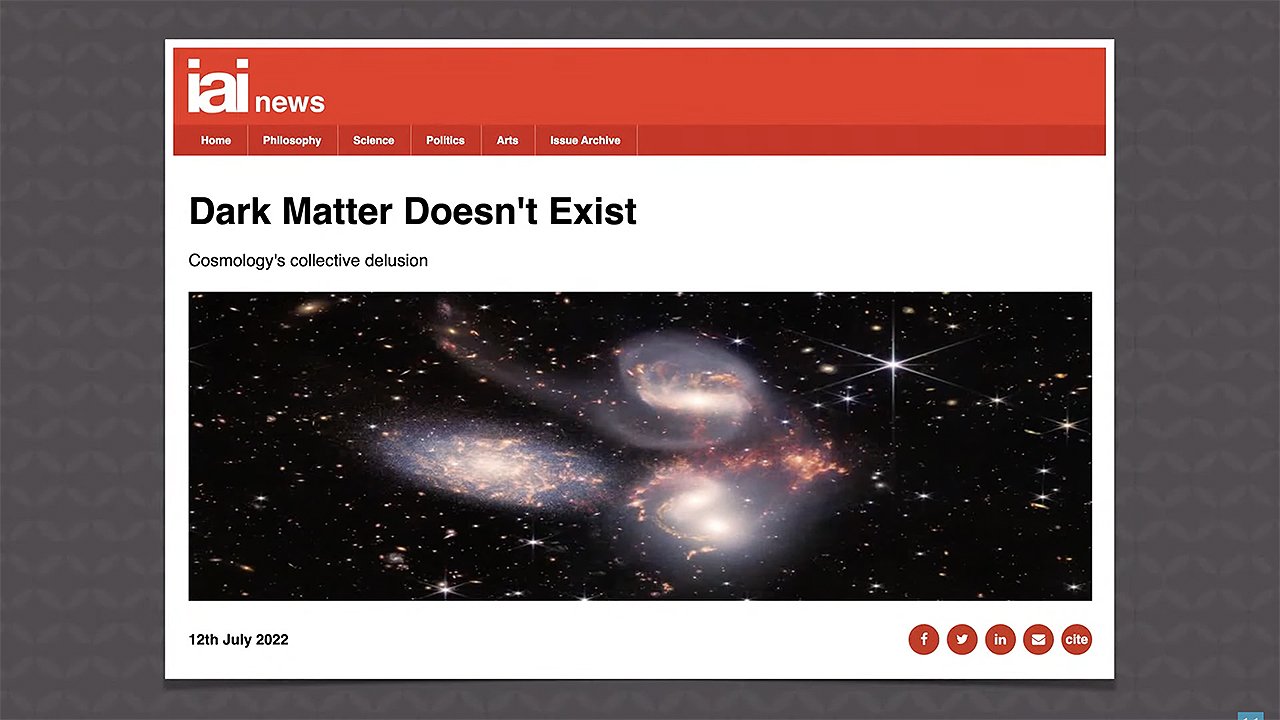 When you gaze up at the night sky, you’ll see hundreds of twinkling stars, perhaps a planet or two, maybe a meteoroid burning up in our atmosphere, or a few planes or satellites. What you won’t see is what astronomers believe makes up 25 to even 90% of the universe: invisible dark matter.

What is this mysterious dark matter? I don’t know (and neither does anyone else!). It remains the greatest unsolved problem in physics. But does it actually even exist?

While dark matter is often associated with big bang cosmology (which is “historical science” that isn’t directly testable, observable, or repeatable) as a sort-of rescuing device, there is observational evidence that dark matter may exist (even if we can’t see it or know what it is yet). But the authors of a new study of orbiting galaxies suggest that dark matter isn’t there, and that’s why decades of research haven’t been able to pin it down. If this is true, a rewrite of the theory of gravitation would be necessary (obviously, that’s a big deal, and this will continue to be much debated in the astrophysics community!).

Now I’m not going to get into the debate of whether or not dark matter exists. But I thought I’d highlight a statement the study’s author made near the end of this popular science article he wrote, summarizing his study results. As one of the implications of his research, he writes,

We need to scientifically understand why the dark-matter based model, being the most falsified physical theory in the history of humankind, continues to be religiously believed to be true by the vast majority of the modern, highly-educated scientists. This is a problem for the sociological and philosophical sciences and suggests a breakdown of the scientific method.

What this astrophysicist is basically saying is what we’ve been declaring for decades: everyone has a worldview!

What this astrophysicist is basically saying is what we’ve been declaring for decades: everyone has a worldview! That worldview is comprised of a set of fundamental beliefs about life and the universe, and those beliefs are held to religiously (and, indeed, comprise part of that person’s religion!). Often scientists (and others) are willing to reject or reinterpret all the observational data that don’t fit their worldview: not because of the evidence but because of the assumptions that they already hold to be true.

Contrary to popular belief, this isn’t something that only “religious” people do (remember, everyone has a religion); the evolutionary community does this constantly because they have the wrong starting point (evolution and millions of years). And it’s actually worse than that—the Bible says such people are actively suppressing the truth about God, the Creator. They know of him from what he’s made and are “without excuse” (Romans 1:20).

Oh, and these scientists will never totally understand the universe because “in him [Jesus] all things hold together” (Colossians 1:17).

This item was discussed yesterday on Answers News with cohosts Rob Webb, Tim Chaffey, and Bodie Hodge. Answers News is our twice-weekly news program filmed live before a studio audience and broadcast on my Facebook page and the Answers in Genesis Facebook page. We also covered the following topics: