Image by Koffermejia, via Wikimedia Commons.

Feedback: How Could Samson Kill 1,000 Men with the Jawbone of a Donkey?

Hello, in the Book of Judges of the Old Testament it narrates how Samson defeated around a thousand Philistines with the jawbone of a donkey and this has been possibly the most detrimental issue to my faith in the Bible because it has been a difficult subject to believe. Could provide some answers that justify the historicity of this narration as the truth of God's Word in the Bible. – C.G., Greece

Hello, is it true that most people that are Christian's believe in samson killing 1000 philistines with a jawbone? And is that even possible? That samson could have that much strength? And the use of a jawbone? Thanks! – J. T., US

Hello i have a quick question it seems barbaric that a human being such as samson could kill that many men with a donkey jawbone... part of me wants to believe it but that seems impossible. Can you give me the full situation of samson defeating those men and how it may be possible if any possibility at all? Thanks! – T.B., US

In order to answer these questions, we need to look at the big picture. Samson was being delivered to the Philistines by the leaders of the Israelite tribe of Judah (Judges 15:11), and so the Philistines were not expecting much of a fight. Samson had been given supernatural strength by God as a gift, and as part of his office of Judge of Israel. So Samson’s strength would have been much greater than an average man’s: probably what we would today label as “superhuman.” 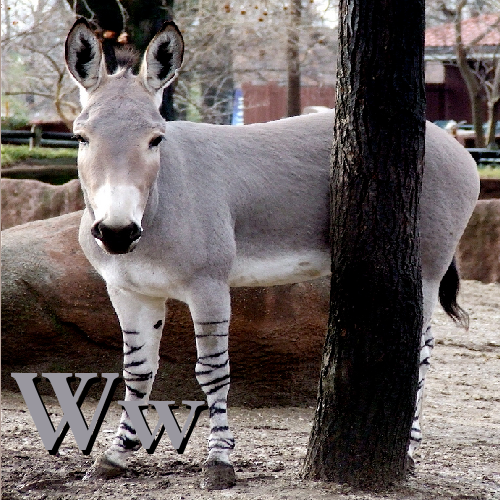 We read that when the Philistines saw Samson bound by the Israelites that they rushed him (Judges 15:14), likely without drawing their weapons as they believed him to be tied up and defenseless. Most likely they were planning on killing him right there. But as they got to him, Samson broke his ropes and grabbed the first thing that came to hand, in this case a donkey’s jawbone, which he used as a club. He likely also used his other hand, balling it into a fist. The jawbone was either from a donkey, a domesticated version of the African Wild Donkey (Fig. 1) or from an Onager, also known as an Asiatic wild ass, (Fig. 2) . Onagers are larger than donkeys weighing about 440 to 640 lbs. (200 to 290 kg). 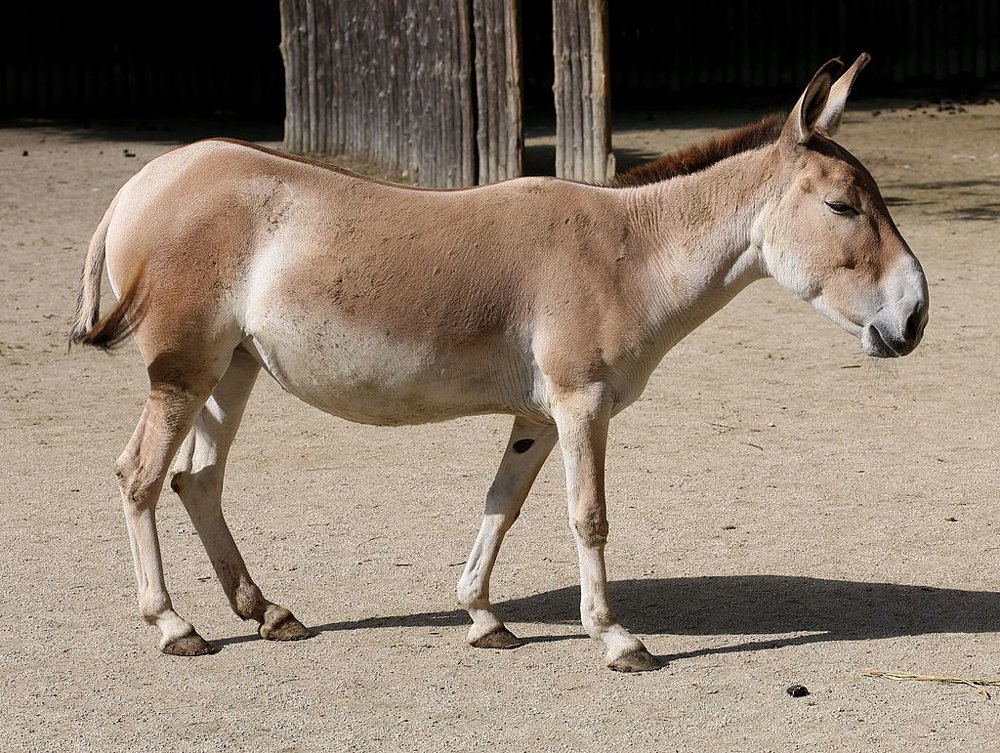 The jawbone that Samson found is described as “fresh” (Judges 15:15). It might still have had some flesh or skin on it—and almost certainly some teeth. This detail that the Scripture provides us with is important: fresh bone has more durability and elasticity, making such a weapon more formidable. While it may seem that a jawbone doesn’t make that good or strong of a weapon, that is a serious misconception.1 The jaws of equines are extremely strong, thick, and rather than being unwieldy as a weapon, have a natural handhold between the front teeth and the cheek teeth. They are so durable that there is a musical instrument (the Quijada de burro) made from the jawbone of a donkey and used in traditional Mexican and Latin American music (Fig. 3). 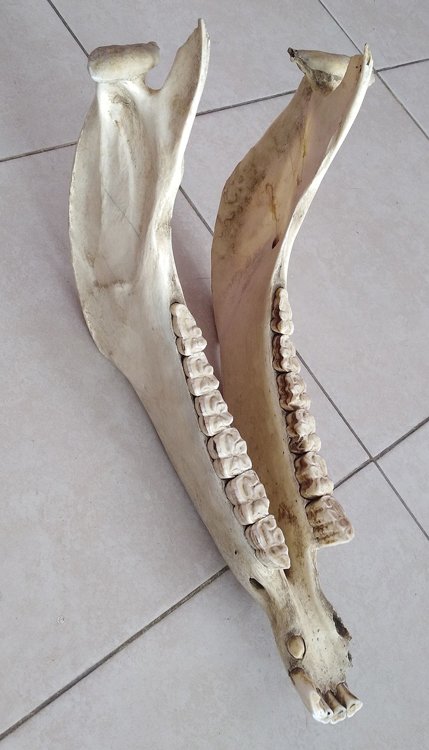 Fig. 3. The Quijada de burro is made from the jawbone of a donkey and used in traditional Mexican and Latin American music. Image by Koffermejia, via Wikimedia Commons.

While it may seem that a jawbone doesn’t make that good or strong of a weapon, that is a serious misconception. The jaws of equines are extremely strong, thick, and rather than being unwieldy as a weapon, have a natural handhold between the front teeth and the cheek teeth.

The soldiers at the back of the Philistine squadron wouldn’t have been able to see what was going on but would likely want to deliver the death blow themselves. So they kept coming towards Samson. In close quarters and likely with minimal weapons if any at all (as they would fear hitting/stabbing some of their own if they drew a sword) Samson’s supernatural strength—even with a “club”—was devastating. Surely the Philistines would keep a wary eye on the 3,000 Israelites from the tribe of Judah in case they might join in the battle, so in addition to the confusion of the fight, the Philistines were also distracted. Some may have even turned to make sure they were not attacked from behind while fighting Samson, which just opened them up to being hit by Samson’s fist or his jawbone club.

One other advantage Samson had was that the text appears to say he was uphill from the Philistines. Coming from the coastal plain of the Mediterranean Sea up to the Judean highlands, the Philistines would have had to march uphill the entire way, which means they would have been tired and exhausted. Samson on the other hand had been staying in a rock cleft near Lehi. Although he had to come up a little with the soldiers from the tribe of Judah (verse 13), it then appears that they all marched downhill from there to meet the Philistines. The name of the place (Ramath Lehi) means “hill of the jawbone,” so Samson appears to have held the high ground and was not flanked since the Philistines appear to have rushed him straight on out of blind rage.

While the account seems at first glance to be almost legendized, when you consider the terrain, the circumstances and the 3,000 Israelites “standing by” and distracting the Philistines, the account becomes much more understandable. Again we have to remember that Samson had, quite literally, supernatural strength. He likely killed each man with a single blow to the head. There has also been some discussion among scholars as to whether Samson actually had to kill 1,000 men since the Hebrew word used in Judges 15:15–16 נכה nakah can mean either “kill” or “strike/struck” (“smite/smote” in the older English versions). Therefore some scholars, theologians, Bible commentators and even artists trying to draw the events, believe that Samson struck 1,000 men but did not necessarily have to kill all 1,000 of them.2

While the account seems at first glance to be almost legendized, when you consider the terrain, the circumstances and the 3,000 Israelites “standing by” and distracting the Philistines, the account becomes much more understandable.

It is likely that there were more than 1,000 Philistine soldiers present (notice that the text never specifies that Samson killed them all). He may have left some wounded, and some might have fled.3 This also makes better sense of Samson’s comment after he became thirsty. Samson bemoans that he doesn’t want to swoon and then fall “into the hands of the uncircumcised.” If he had killed every last Philistine soldier, and the only people present were the 3,000 Judahites, then his comment makes no sense. But as to the “killed vs. struck” argument, it seems almost certain that most if not all that Samson bludgeoned had died, otherwise his speech (or song) in verse 16 seems vacuous. Would Samson really boast about hitting 1,000 men who had rushed him, or would he be more likely to boast as those men fell down slain? The strike/smote argument seems to carry little weight.

Furthermore, we have other historical battles where terrain and strength held off insurmountable odds for a while. In 480 BC, Leonidas I of Sparta was selected to lead a small contingent of Spartan hoplites— some 300 hand-picked men—to defend the pass of Thermopylae and hold the invading force until more troops could be mustered. Leonidas also had a few other soldiers, notably 900 Helots, 400 Thebans and 700 Thespians, along with a few thousand other mixed Greek city-state soldiers. The 300 Spartans and approximately 7,000 mixed Greek forces were woefully inadequate to halt Xerxes' army estimated between 100,000–300,000 men, yet they did so for two full days, killing over 10,000 Persians and wounding even more.4 Then once their position was compromised, Leonidas dismissed all but his 300 Spartans and 700 Thespians and they fought to the last man, killing another 10,000 Persians and wounding just as many.

So while the account in Judges 15 seems fantastical, it really is not difficult to understand given Samson’s God-given superhuman strength, his terrain advantage, the tiredness of the enemy, the battle confusion and the presence of a “neutral” party that was thought by the Philistines to be likely to turn hostile. Samson likely used all of these to his advantage, including the enemies’ own over-eagerness to want to kill him on the spot. There is no reason to be afraid to hold to this passage as what it actually is—true historical narrative given to us by men inspired by the Holy Spirit (2 Timothy 3:16). Is this account any more fantastical than the virgin birth or resurrection? We can trust all of Scripture as the very Word of God: the only authoritative source of Truth, given by the only One who cannot lie (Titus 1:2).