With skills and experiences that go well beyond wielding a hammer and cutting wood at Habitat for Humanity projects, former President Jimmy Carter was intrigued enough by the world’s largest timber-frame project to visit the Ark Encounter construction site today in Northern Kentucky.

At the invitation of his close friend and Habitat colleague LeRoy Troyer of the Troyer Group, who is building the Ark along with some Amish craftsmen, the 39th president and Nobel Peace Prize winner toured the 510-foot long, life-size re-creation of Noah’s Ark. Former First Lady Rosalynn Carter also walked through the three decks of the Ark. The Ark Encounter theme park, with the Ark as its centerpiece, is set to open in Northern Kentucky on July 7 in Williamstown, south of Cincinnati and right off I-75.

Although not a creationist, President Carter praised the quality of the work and shared his impressions of the project that his architect friend Mr. Troyer has designed and built for Answers in Genesis:

The Ark is remarkable. And it’s some of the best wood-working I’ve ever seen. My friend LeRoy Troyer has done a tremendous job. 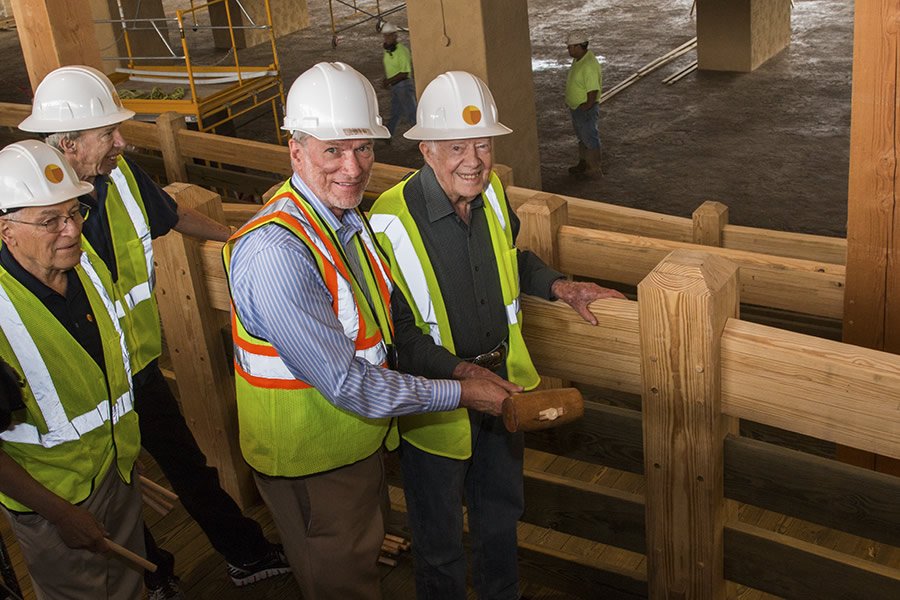 Ken Ham, the Ark’s visionary and the CEO of AiG, expressed his excitement about the president’s visit today:

It was a thrill to have a special time of fellowship with President Carter as we chatted and walked through the Ark. We have admired his carpentry skills for many years, and it seemed that he appreciated the incredible craftsmanship that is on display at the Ark, along with its massive amount of wood. 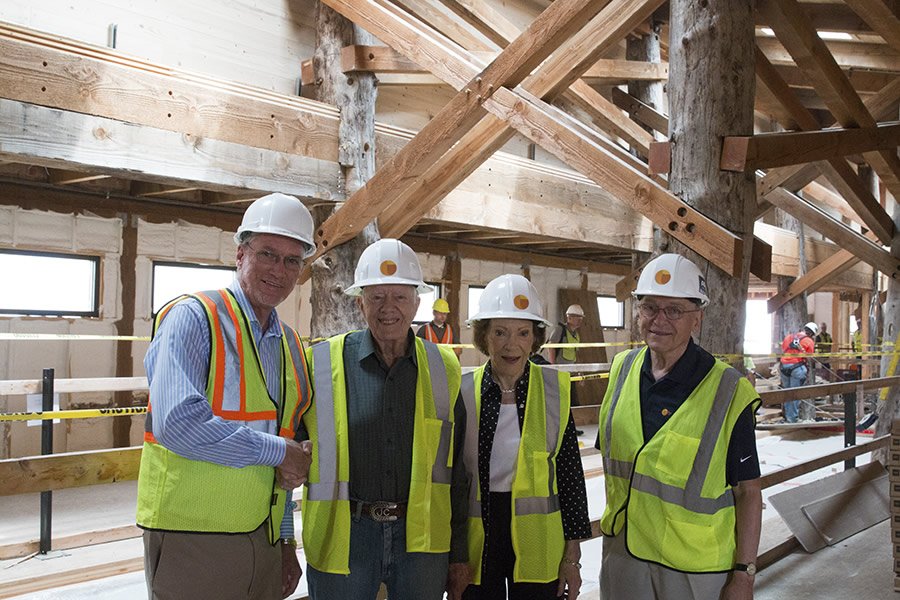 In addition to the Ark structure, the first phase of the Ark Encounter to open July 7 includes Ararat Ridge Zoo (with a petting zoo), a 1,500-seat restaurant, a gift store under the Ark, and a zip line course that will eventually run a total of nine miles. Several dozen world-class exhibits inside the Ark will acquaint visitors with life aboard the Ark for Noah and his family, as well as explain how the Ark would have accommodated all the necessary animal “kinds” during the worldwide Flood.

While the Ark Encounter can accommodate over 10,000 guests per day, research has shown that more could be expected each day during the first few weeks of its summer opening. This was the reason for establishing daytime (9 a.m. – 4 p.m.) and nighttime (5 p.m. – midnight) entry tickets for the first 40 days to help spread out the crowd. The day and evening times will also offer some differing experiences. For example, some visitors will enjoy sunset on the beautiful property. 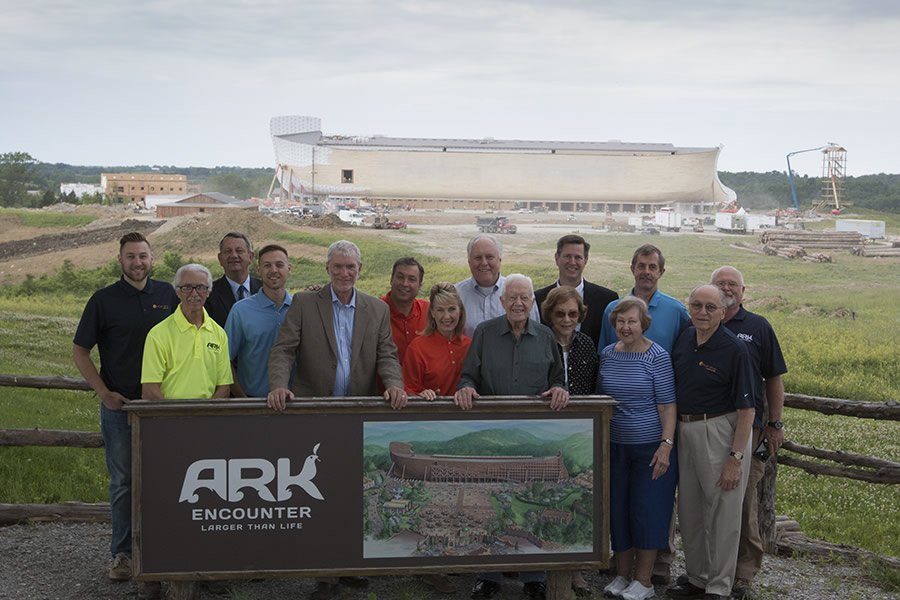 Tickets are $40 for adults, $28 for children, and $31 for seniors. Parking is $10. Recently, AiG announced a seven-day unlimited $99 combo ticket that includes free parking and unlimited visits over seven consecutive days to tour both the Ark Encounter and Creation Museum. This ticket offer will encourage people to vacation in the Cincinnati/Northern Kentucky region and visit other family-friendly attractions.

The Creation Museum in Petersburg, 45 interstate miles from the Ark site, has been visited by 2.7 million guests since opening in 2007. In the past two years, the museum unveiled a world-class $1.5 million exhibit of an allosaur dinosaur skeleton, and hosted the famous Bill Nye/Ken Ham evolution-creation debate (conservatively estimated to have now been watched by upwards of 15 million people).