$5.5 Million in Enhancements Also Include 4D Theater & Planetarium Under Construction

With the Creation Museum being 12 years old and experiencing its highest attendance ever, it was time for a major refresh of the world-renowned attraction in Northern Kentucky. On Saturday, guests will see a museum that has upgraded the first third of its 75,000-square-foot space with striking new exhibits and videos. Already, a state-of-the-art 4D theater, built for about $1 million (USD), has been opened as a part of the museum’s massive upgrade. The large area of several exhibits is located near the 4D theater and was a $2 million project. These new Creation Museum updates and enhancements were entirely funded by donations from thousands of generous supporters. 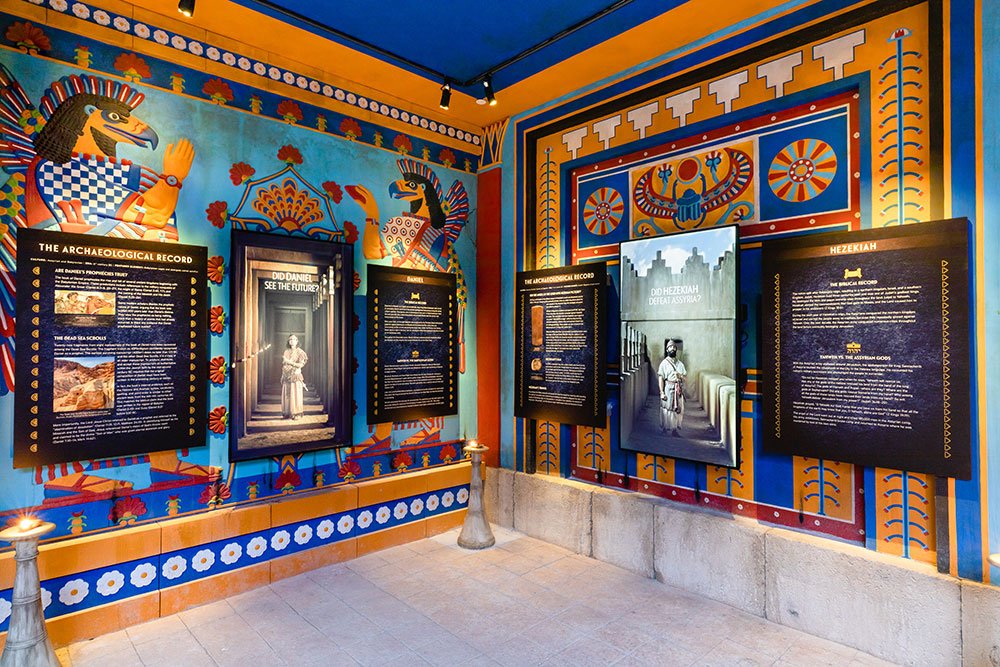 A large, colorful new exhibit on the Bible's authority.

The Creation Museum in Northern Kentucky takes visitors on a walk through history from the Bible’s first verse. The new exhibits feature experiences that engage guests and illustrate the relevance of the book of Genesis today. The displays and videos also encourage people to accept Scripture in all the areas that it touches.

Ken Ham, the CEO of Answers in Genesis, the ministry behind the Creation Museum and the Ark Encounter, said, “I’m ecstatic that the stunning museum expansion is opening for viewing on Saturday. The $3 million upgrade that includes a 4D theater took about one year to complete and offers fresh insight into the classic struggle between evolution and creation—and how it relates to biblical authority. Along with the 4D theater that guests are already enjoying, this huge new area inside the museum—designed by our very talentive creative team—proclaims vital truths from the Bible. Now I can’t wait to open our $2.2 million upgraded planetarium, with a high-tech projector, new tilted dome, and more seats, now under construction.” 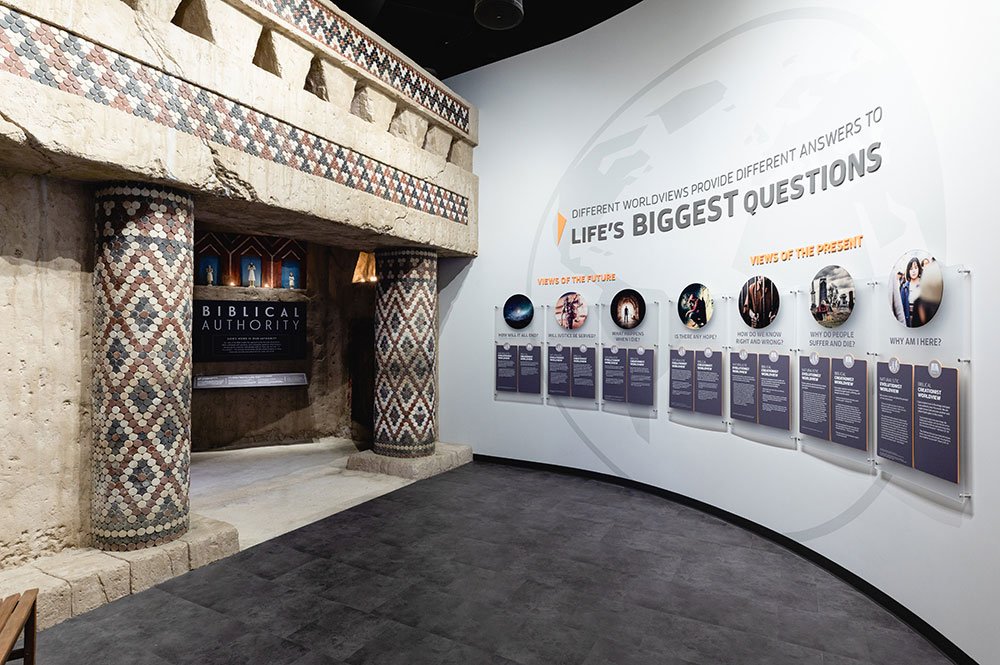 The entrance to the new biblical authority exhibit at the Creation Museum.

Ham noted: “In addition, we spent $250,000 to remove choke points in the museum that were getting crowded with visitors during the busiest days. Increased attendance was a wonderful problem to have, and the challenge has been overcome, including the addition of more parking. All told, the cost is about $5.5 million to upgrade the museum.”

Answers in Genesis also operates the Ark Encounter in Williamstown, Kentucky, with a full-size Noah’s Ark as the centerpiece. AiG continues to engage in major expansions at both attractions through 2019 and into 2020. Not surprising, tourism-related businesses in Northern Kentucky/Cincinnati continue to flourish, with new hotels being built throughout the area to meet the demand for lodging. Hotel operators and restaurant owners in the region are benefiting greatly from growing attendance at both attractions. 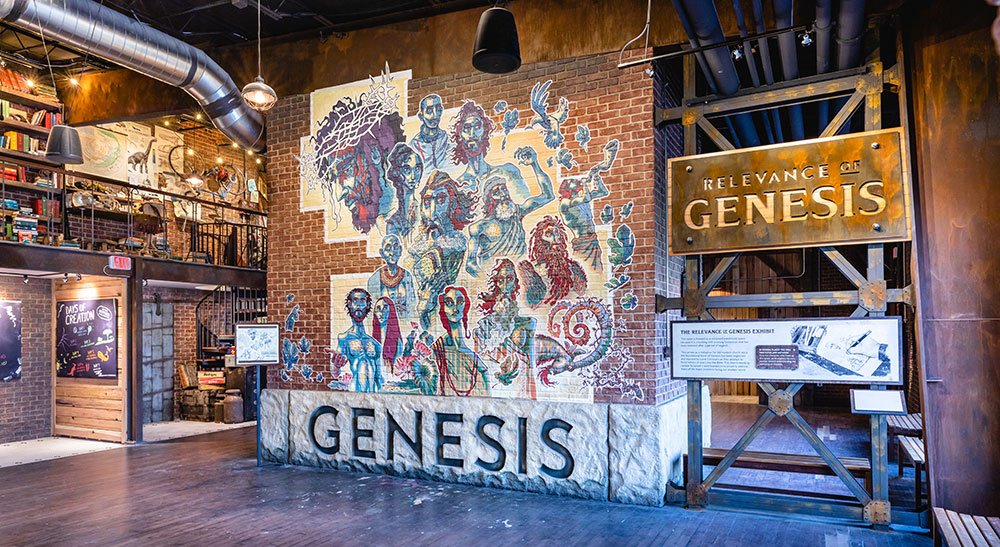 A new exhibit on the relevance of Genesis in our modern culture.

With the expansions at both the Creation Museum and the Ark Encounter, AiG has created a special “Explore More” bonus pass for guests. On their second day at either attraction, visitors can now take in all of the speakers and shows at the Ark’s new Answers Center and the museum’s Legacy Hall, experience the zoos at both attractions, browse the gift shops again, and enjoy several food options—things they may have missed on their first day.

Answers in Genesis is an apologetics (i.e., Bible-defending) ministry based in Northern Kentucky, near Cincinnati, and employs over 1,000 staff. The Ark Encounter, which sometimes draws 8,000 to 9,000 guests in a day, opened in 2016 and features a 510-foot-long Noah’s ark. West of the Cincinnati Airport (CVG) and next to the AiG headquarters, the Creation Museum has welcomed well over 4 million visitors. It has also become a major family attraction in the Midwest. For more information on the two world-renowned attractions, visit http://www.creationmuseum.org and http://www.arkencounter.com. 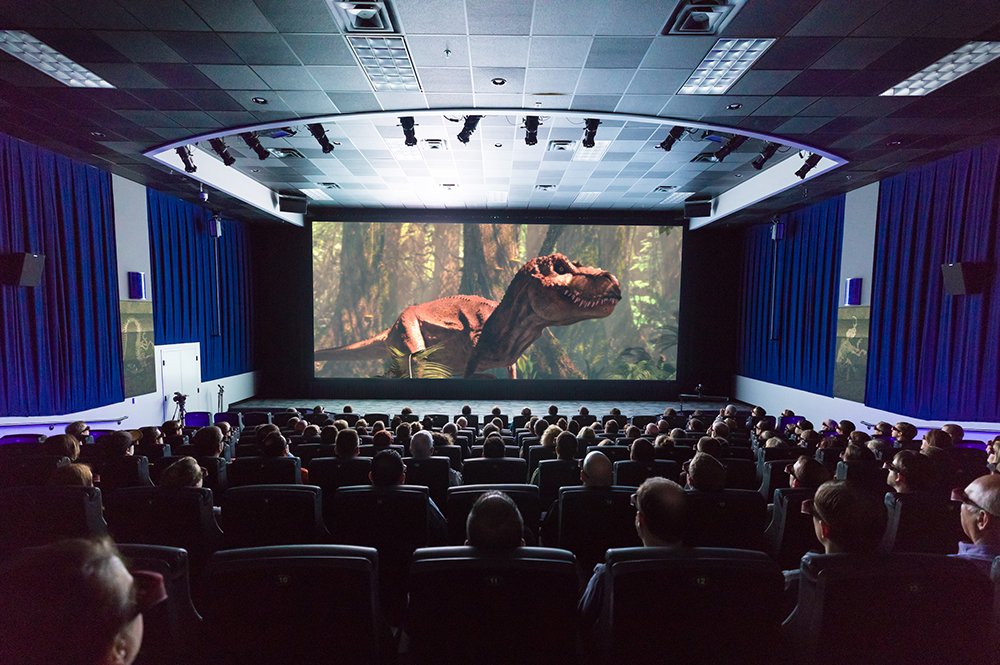 The new 4D Theater at the Creation Museum.