“It is hard to imagine anything more important for the Christian, especially in the times in which we live, than to stand firmly upon a solid biblical worldview foundation… one that provides a comprehensive and systematic understanding of every area of life and reality.” — Del Tackett, DM, Host of Is Genesis History?

Also see locations where Is Genesis History? was filmed. 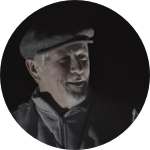 Movie focus: Tracking time, including the “light-travel time” question.
Dr. Danny R. Faulkner earned graduate degrees in physics and astronomy and taught at the University of South Carolina Lancaster for over 26 years. Dr. Faulkner is a member of the Creation Research Society and also serves as the editor of the Creation Research Society Quarterly. He has written more than a hundred papers in various astronomy and astrophysics journals, and is author of Universe by Design and The New Astronomy Book. Since January, 2013, he has been the staff astronomer at Answers in Genesis. View resources by Dr. Danny Faulkner. 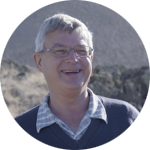 Movie focus: Radioisotope dating and unique features of the sedimentary record.
Dr. Snelling completed a BS in applied geology at the University of New South Wales in Sydney, Australia, graduating with first-class honors in 1975. His PhD in geology was awarded in 1982 by The University of Sydney for his research thesis titled “A Geochemical Study of the Koongarra Uranium Deposit, Northern Territory, Australia.” Dr. Snelling worked for six years in the exploration and mining industries in Tasmania, New South Wales, Victoria, Western Australia, and the Northern Territory, variously as a field, mine, and research geologist. For over ten years, Dr. Snelling was a research consultant to the Australian Nuclear Science and Technology Organization for an international collaborative research project funded by the U.S. Department of Energy which involved university and government research scientists from the USA, UK, Australia, Japan, Korea, Sweden, Austria and Belgium. He is currently Director of Research for Answers in Genesis. View resources by Dr. Andrew Snelling. 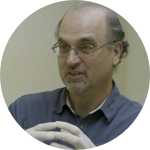 Movie focus: The implications of soft tissue in dinosaur bones.
Dr. Anderson is currently Director of the Van Andel Creation Research Center, as well as project leader of the Creation Research Society’s iDINO project; an investigation of the preservation of tissue in dinosaur fossils. He obtained his PhD in microbiology from Kansas State University, and subsequently received post-doctoral training as a National Institutes of Health Post-doctoral Fellow. He has held university professorships, where he taught graduate-level molecular biology classes and served as the major advisor for several master’s and doctoral students. More recently, he was the director of laboratory research for a biotech energy company. He has published numerous articles in technical journals as well as presented at national and international science conferences. View resources by Dr. Kevin Anderson. 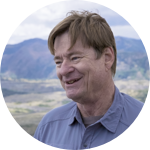 Movie focus: Layers of sediment laid down by the global flood.
Dr. Austin is a field research geologist who has done research on six of the seven continents of the world. His research has taken him by helicopter into the crater on Mount St. Helens, by bush plane onto glaciers in Alaska, by raft through the Grand Canyon, on horseback into the high Sierra, by elevator into the world’s deepest coal mines, by SCUBA onto the Great Barrier Reef, by rail into Korean backcountry, by foot onto barren plateaus of southern Argentina, and by four-wheel drive into remote desert areas of Israel, Jordan and Saudi Arabia. Dr. Austin received his PhD from Pennsylvania State University in sedimentary geology. His books include: Grand Canyon: Monument to Catastrophe (1994) and Footprints in the Ash (with John Morris, 2003). 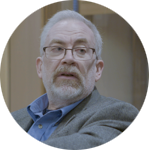 Movie focus: Unique aspects of Genesis as a historical text.
Dr. Boyd is a specialist in biblical Hebrew, Semitic languages, and Old Testament studies. He has a B.S. and M.S. in Physics from Drexel University, a Th.M. in Old Testament and Semitics from Dallas Theological Seminary, and a Ph.D. in Hebraic and Cognate Studies from Hebrew Union College–Jewish Institute of Religion. He was a visiting professor at Capital Bible Seminary, Multnomah Biblical Seminary, and Northwest Baptist Seminary, and was a professor at The Master’s College sixteen years. He was on the Radioisotopes and the Age of the Earth research team; and he is the founder and director of the Cataclysm Chronology Research Group. 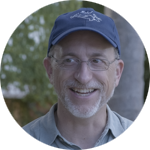 Movie focus: The complexity of the genome.
Dr. Carter obtained a BS in Applied Biology from the Georgia Institute of Technology in 1992. He then spent four years teaching high school biology, chemistry, physics, and electronics before going to the University of Miami to obtain his PhD in Marine Biology. He successfully completed this program in 2003 with a dissertation on “Cnidarian Fluorescent Proteins.” While in Miami, he studied the genetics of pigmentation in corals and other invertebrates, designed and built an aquaculture facility for Caribbean corals, performed well over 500 SCUBA dives, many of them at night, and licensed a spin-off product of his research (a patented fluorescent protein) to a biotech company. He is currently a senior scientist and speaker for CMI-USA in Atlanta, Georgia. 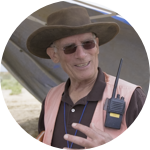 Movie focus: Excavation of a large layer of dinosaur bones.
Dr. Chadwick received his PhD in Molecular Biology from the University of Miami in 1969. After re-training in geology and paleontology at University of California and University of Oklahoma, he has worked in the fields of taphonomy and sedimentary geology. His interests include basinal and suprabasinal sedimentologic trends, involving especially the analysis of paleocurrents and other directional structures, and he is developing a model for the taphonomy of dinosaur bonebeds. He is currently Research Professor of Biology and Geology at Southwestern Adventist University and Director, Dinosaur Science Museum and Research Center at Southwestern Adventist University. 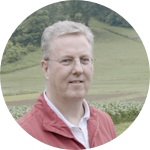 Movie focus: Importance of Genesis for our world today.
Dr. Grant is the pastor of Parish Presbyterian Church (PCA), the founder of Franklin Classical School, the Chalmers Fund, and the King’s Meadow Study Center; and he is the author of more than five-dozen books. He served as an assistant to D. James Kennedy at the Coral Ridge Presbyterian Church and taught at Knox Theological Seminary. 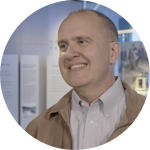 Movie focus: Identifying the two paradigms used to interpret scientific data.
Dr. Nelson is currently a Senior Fellow of the Discovery Institute and Adjunct Professor in the Master of Arts Program in Science & Religion at Biola University. He is a philosopher of biology who has been involved in the intelligent design debate internationally for over two decades. After Dr. Nelson received his B.A. in philosophy with a minor in evolutionary biology from the University of Pittsburgh, he entered the University of Chicago, where he received his Ph.D. (1998) in the philosophy of biology and evolutionary theory. 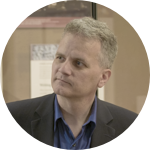 Movie focus: The tower of Babel and the nature of ancient languages.
Dr. Petrovich teaches Ancient Egypt at Wilfrid Laurier University (Waterloo, Canada). He formerly was the academic dean and a professor at Novosibirsk Biblical-Theological Seminary (Siberia, Russia), as well as at Shepherds Theological Seminary (Cary, North Carolina), having taught over 30 different courses. He earned a Ph.D. from the University of Toronto, with a major in Syro-Palestinian archaeology, a first minor in ancient Egyptian language, and a second minor in ancient Near Eastern religions. His research interests include biblical history and exegesis, Egyptology, and ancient Near Eastern history (including archaeology, epigraphy, chronology, and iconography). 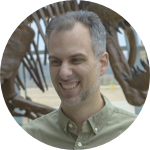 Movie focus: Formation of the fossil record during the global Flood.
Dr. Ross currently serves as Associate Professor of Geology and Director of the Center for Creation Studies at Liberty University. After earning a BS in Earth Science from the Pennsylvania State University, he continued his studies with a MS in Vertebrate Paleontology from the South Dakota School of Mines and Technology and earned a PhD in Environmental Science (Geoscience) from the University of Rhode Island. 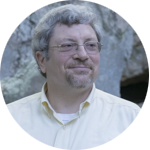 Movie focus: Providing an overview of the history of life.
Dr. Wise earned his BA in geology from the University of Chicago, and his MA and PhD degrees in paleontology from Harvard University. He founded and directed the Center for Origins Research at Bryan College and taught biology there for 17 years. He then led the Center for Theology and Science at the Southern Baptist Theological Seminary for 3 years, before founding and directing the Center for Creation Research and teaching biology at Truett McConnell University for the last 7 years. His fieldwork has included research in early Flood rocks in the Death Valley region, late Flood rocks in Wyoming, and post-Flood caves in Tennessee. 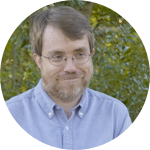 Movie focus: Diversification of animals according to created kinds.
Dr. Wood has a BS in Biology from Liberty University in Virginia (1994) and a PhD in Biochemistry from the University of Virginia (Charlottesville, 1999). Immediately following his PhD work at Virginia, Dr. Wood accepted a position as the Director of Bioinformatics at the Clemson University Genomics Institute (Clemson, South Carolina). After working for about two years at Clemson University, Dr. Wood accepted a faculty position at Bryan College (Dayton, Tennessee) in 2002. He is now president of the Core Academy of Science.