The firing of a scientist at the renowned Woods Hole Oceanographic Institution appears to be another clear case of anti-creationist discrimination. And now it is going to court.

Nathaniel Abraham, a respected postdoctoral researcher in fish development at Woods Hole in Massachusetts, was fired in 2004 when he told his supervisor that he did not accept evolution. 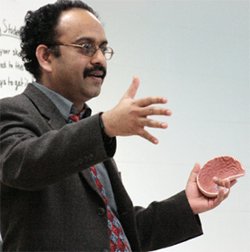 Woods Hole did little to hide its reasons for firing him. He was told that his beliefs were incompatible with his job, and he had to resign or be fired. Electronic and paper documents expressly state that his creationist beliefs led to his dismissal.

With the help of the Christian Law Association, Abraham filed a $500,000 lawsuit for wrongful termination. Abraham—who now teaches biology at Liberty University—told Answers in Genesis that, in filing the suit, he hopes to establish a precedent in federal court and help protect future qualified researchers from facing similar discrimination. The case is scheduled to reach trial in 2009.