Explore our history and our universe with the January-March issue of Answers magazine.

You’ll learn anew why the facts of nature line up beautifully with God’s account of a recent creation instead of an idea based on evolution and billions of years. 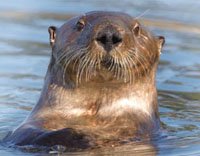 Begin your journey through this issue in northern coastal waters with a look at one of God’s most amusing creatures, the sea otter. Anyone who has watched otters in the ocean has seen how playful they are, but did you know that otters are a very busy “keystone species,” vital to the well-being of their environment? You’ll love reading about these fascinating caretakers of the underwater forest.

From under the ocean you’ll go underground as Dr. Andrew Snelling takes you in search of gold. You’ll learn where it comes from and how the Genesis Flood and the events of Day Three of Creation Week explain where gold is found today. 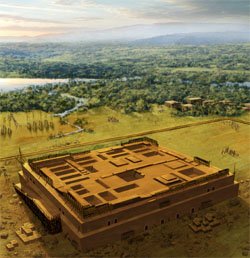 Next, in “Setting Up Camp After Babel,” travel with us to Israel’s northern Jordan valley, where archaeologists have discovered a surprising Ice Age campsite. This camp, dated around 800,000 years ago by evolutionary archaeologists, shows a complex division of labor that should not have been possible for the “early humans” who were supposed to have lived that long ago. Could it be that this site was left much more recently by a group of travelers fleeing the confusion at Babel?

You may have heard that the chronologies of ancient civilizations contradict the biblical time scale. Even if the Bible is accurate in speaking of Creation and the Flood, don’t these ancient chronologies disprove the 6,000-year biblical history and point to a much older earth? In “Chronology Wars” you’ll visit Babylon, Egypt, and the Greek city-states and learn why those ancient chronologies are not so trustworthy after all. 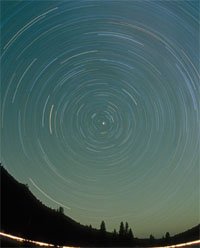 The evidence points to a young earth, but does the gospel really depend on a young earth? Ken Ham answers the question of what the age of the earth has to do with the gospel and whether a person can be a Christian and believe in millions of years of evolution. The answer might surprise you.

Can We Tell Time by the Stars?

Soon, you’ll launch into space, but first you’ll learn how to tell time with the stars. With a clear sky and a little practice, you’ll be able to apply the clockwork precision of God’s universe on the next clear night to tell “signs and seasons,” just as God said in Genesis 1:14. A few pages later, you’ll find a guide to what to look for in the night sky in 2011. 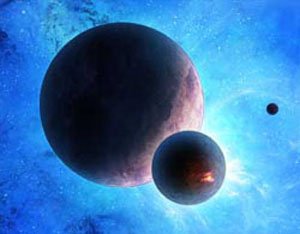 Lift off! For centuries, mankind has studied the stars and dreamed of exploring alien worlds. But until 1992, there was no evidence that there were worlds around any star other than the sun. Today almost five hundred “exoplanets” have been discovered, and they defy evolution-based predictions. Explore these exotic worlds that confirm God’s power to confound the most intelligent scientist with His unlimited creativity.

From exoplanets, you’ll visit blue stars, hot, young, and short-lived. There’s no evidence that these stars (or any stars) are being formed today, but blue stars are unable to survive for the 13.5 billion-year time span that current evolutionary models give to the universe. What is the proper interpretation of this evidence? 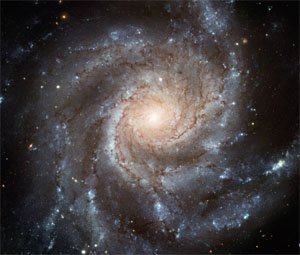 Spiraling outward, deeper and deeper into space, we explore the beautiful pinwheels God placed in the sky for His glory and our wonderment—spiral galaxies. An old spiral galaxy poses no problem for the theory of evolution—if you think 6,000 years is old (and it really is)! But in six billion years or more a galaxy should lose its beautiful spiral arms. So why have so many galaxies retained this shape?

From out among the galaxies, our return to earth will take many lifetimes at the speed of light—or will it? In his semi-technical article, “Distant Starlight—The Anisotropic Synchrony Convention,” Dr. Jason Lisle explains that, although the round-trip speed of light is well known, the one-way speed of light is impossible to calculate. It may even be instantaneous! This article proposes one way God may have created the stars and caused their light to shine on the earth in a single day.

Back on earth again, Dr. Snelling shows you the conundrum of carbon-14 that is found where there should be none according to evolutionary theory. This second semi-technical article in his series about radiocarbon dating gives powerful evidence for a much younger earth than secular science claims. 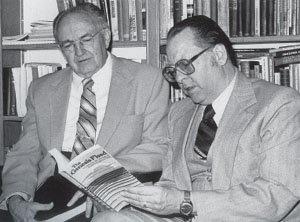 The Book That Launched a Revolution of Heart

Perhaps the best-known modern analysis of evidence for a young earth, The Genesis Flood, made its first appearance in February, 1961. This book from a small publisher in New Jersey became the foundational document for the modern creationist movement. Fifty years and more than 41 printings later, this seminal work is still changing lives. In this issue of Answers, Dr. John Whitcomb reminisces about how God brought him and Dr. Henry Morris together and blessed their burden to turn Christians back to the truth of God’s Word. 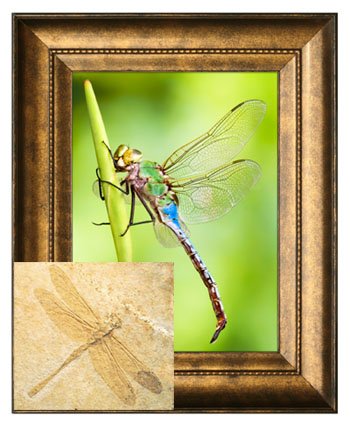 Plus, don’t miss our photo gallery of “living fossils”—living animals that are almost identical to those found in the fossil record—and read about how God’s design for our eyelids led to an invention millions benefit from today.

Today’s News and Much More!

In addition to these feature articles, you’ll find perspectives on today’s news, practical advice for parents, a challenge for teens on creativity and productivity, and much more. A detachable chart gives more examples of living fossils and their place in the geologic column, and the 8-page Kids Answers section will take your children through the solar system and show them how perfectly God designed the earth for people to live on it.

If you don’t already receive Answers magazine, subscribe today. If you already subscribe, how about giving a gift subscription to your pastor, a relative, or a missionary family? Consider our digital version too (great for missionary families, those serving in the military, and students who need to be able to search entire issues quickly. Help reach the world with the truth of creation!