Although his fascination with art began in childhood, it wasn’t until Jonathan Taylor, the Creation Museum’s senior illustrator, was 26 that he fell into an art career—literally.

His parents were church planters with the Association of Baptists for World Evangelism in Brazil, where Jon lived for 17 years. He grew up marveling at his father’s use of chalk-talk art as a means of sharing the gospel, and when he was seven, he received Jesus Christ as his personal savior.

He returned to the US in 1987 to pursue additional education, and began flight training to become a commercial pilot, but the high cost of flight school put a stop to that dream. So he took a job as an ironworker and over the next six years, traveled across the US helping to erect large steel structures. He eventually worked his way up the ladder to job foreman.

He was planning on making ironwork his career, but that changed on October 24, 1994. He had been working at a job in Cincinnati, Ohio, for several weeks, without his usual crew of men, which meant that he was needed to “walk the steel” and help erect a galvanized roof. He was working on a steel beam, when a sudden gust of wind wrapped ceiling insulation around him and pushed him off the beam, plunging him to the ground 40 feet below. In the emergency room later that day, he woke to torn ligaments in both legs below his knees (amazingly, none of his bones were broken). He realized how close he had come to dying, and rededicated his life to serving the Lord.

Suffering through six months of painstaking rehab, Jon wondered the entire time what he would do once he healed. One day his cousins stopped by for a visit, and dropped off some art materials. As Jon began to use the materials, he realized that God had given him a talent for drawing. He decided to attend Pensacola Christian College to develop his artistic abilities, and completed a bachelors degree in commercial art, and then a masters of art degree.

After finishing his schooling, Jon took an illustrator position with a reputable art studio that specializes in artwork for the toy industry. While with the Illustrated Alaskan Moose, he created artwork for such companies as Fisher Price, Mattel (Hot Wheels), Milton Bradley, Leap Frog, Hasbro and Procter and Gamble. 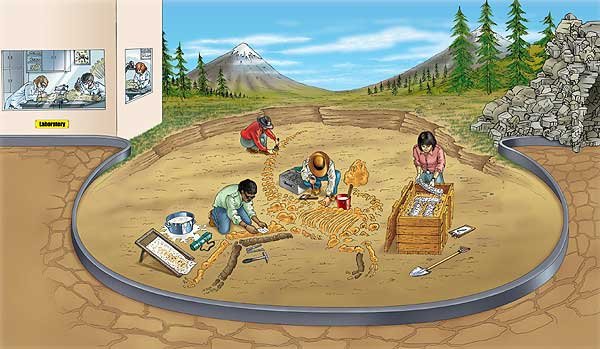 One Monday morning in March 2003, Jon was told by his employer that, due to changes in the economy, the company was being forced to downsize—and since Jon was the last one hired, he would be the first to leave. He told his mother and pastor that evening what had transpired, but no-one else. The very next day, he received an email from Dan Zordel (director of AiG’s communications division), who told him that AiG needed an illustrator to work with the Creation Museum team (Jon had submitted some of his artwork to AiG after he graduated and then again in late 2002, but there were no illustrator positions open at that time). Exhibit design director Patrick Marsh met with Jon later that week, and by the middle of the following week, Jon had moved to Florence, Kentucky (from Columbus, Ohio), and began his job as senior illustrator for the Creation Museum. In this capacity, Jon illustrates the exhibit designer’s (Patrick Marsh) conceptualizations of what the museum will look like both inside and out. He is involved with creating and developing the general aesthetic feel of the various exhibit areas, painting the models and sculptures used throughout the museum, and overseeing the Museum art interns. He is also currently working on developing character sketches for the many figures (both biblical and non-biblical) the Museum will display in the “walk through history.”

At AiG Jon feels that his dream to make the art world his mission field is finally taking shape. While reflecting on the past and remembering how “magically emotional” it felt to watch his dad create art in front of hundreds of Brazilians, he realizes that the Creation Museum will be an even greater tool that will touch the hearts of young and old with the gospel of Christ. 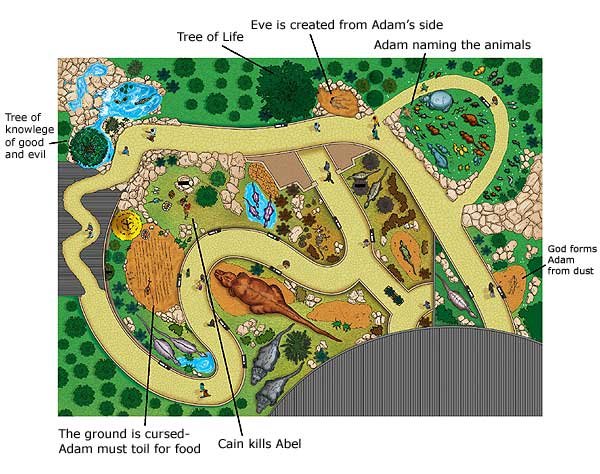 Read more about Jon’s drawing of the museum interior.