In February thousands of Christian leaders at the National Religious Broadcasters convention in Nashville, Tennessee, had an opportunity to speak face-to-face with one of the most famous people in history. Noah was strolling the convention floor and answering questions about the Ark.

Reenactment actor Deks Nordquist has a passion for history and has portrayed many historical characters in documentaries, movies, and plays. Acting as the Ark Encounter’s version of Noah proved to be a particularly challenging experience at NRB, because he had to do more than simply follow a script. 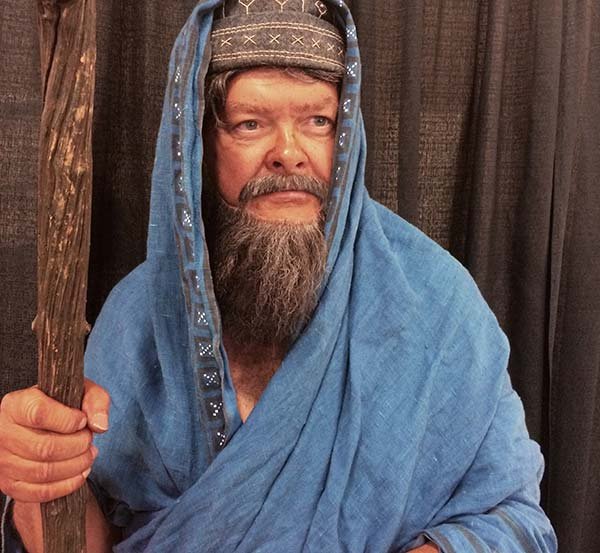 To prepare for the role, Deks met with the team at the Ark Encounter design studio to learn all he could about how to represent this righteous man. The plan was for Deks to act as the 600-year-old Noah who had nearly finished building the Ark. As such, he would be able to answer questions only about life before the Flood.

Conference attendees asked “Noah” a wide range of questions. The goal was to help evangelical leaders understand the importance of taking Genesis seriously in our modern world and to raise awareness of the Ark Encounter’s mission to our culture. Deks was surprised that so many people at a gathering of Christian professionals had basic questions about the Genesis Flood account and its relevance for today.

The Ark Encounter theme park being built in Williamstown, Kentucky, will highlight the historical and scientific credibility of the biblical Flood. The aim is to strengthen Christians’ faith in the Bible’s reliability while removing obstacles to faith for unbelievers.