As mammals, the echidna and platypus share the characteristics common to other mammals: backbone, hair, milk glands, large brain. As monotremes, these unique animals are the only mammals that lay eggs, rather than giving birth to live young. 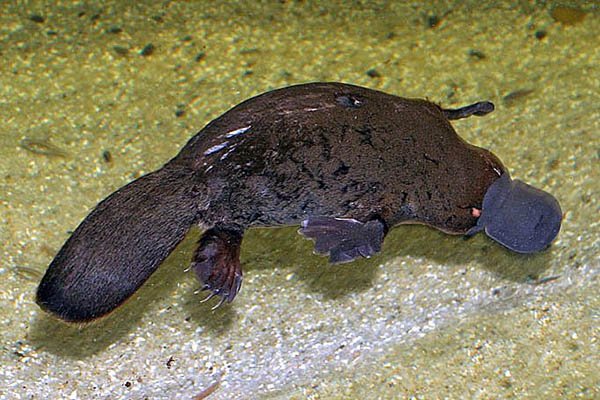 Did They Evolve There?

Today, Australia is the only continent where monotremes live although fossil platypus teeth have been found in South America. Because monotremes are limited to Australia, some have claimed that this indicates they evolved there.

However, we know from the Bible that representatives of all land animals (including monotremes and marsupials) were on the Ark, which landed in the Middle East. Although monotremes may have migrated to various parts of the world after coming off the Ark (along with all the other kinds of land animals and birds), it seems they have only survived in Australia. When sea levels rose as the ice began to melt at the end of the Ice Age, Australia was cut off from the rest of the world, effectively trapping the animals that were already there.

Since the interior of Australia was much more lush during the Ice Age that followed the Flood, the ancestral platypuses would not have needed to cross today’s desert in order to reach their current place of residency in Tasmania, and along the eastern seaboard of Australia. Additionally, fossil evidence indicates that the platypus was much more robust in the past—it was larger, and adults had teeth (today, the young platypuses shed their teeth before they become adults). Another thing to note is that even the “oldest” (by evolutionary dating methods) fossils of platypuses are still that—fossils of platypuses. They do not show evidence of transitioning to or from another kind of animal.

"It's Designed to Do What It Does Do" by Buddy Davis