The emperor penguin is the largest of the penguin species. It is easily recognized with its jet black head, grayish-black wings and back, and white belly. 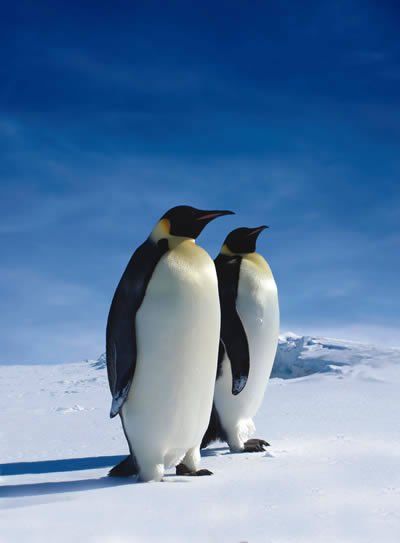 Baby penguins hatch at just the right time. During the winter months when the young hatch, the ocean is farthest away from the penguins. By the time the young are ready to enter the ocean, the ice pack has melted, bringing the water’s edge closest to them. To keep warm against the harsh Antarctic wind and subzero temperatures while incubating its egg, the male penguin huddles with other males in a huge circle. They take turns moving from the outer, colder area to the inner, warmer area. This instinct is part of God’s protection for this species.