Would We Still Have One Language If People Scattered?

Would We Still Have One Language If People Scattered? 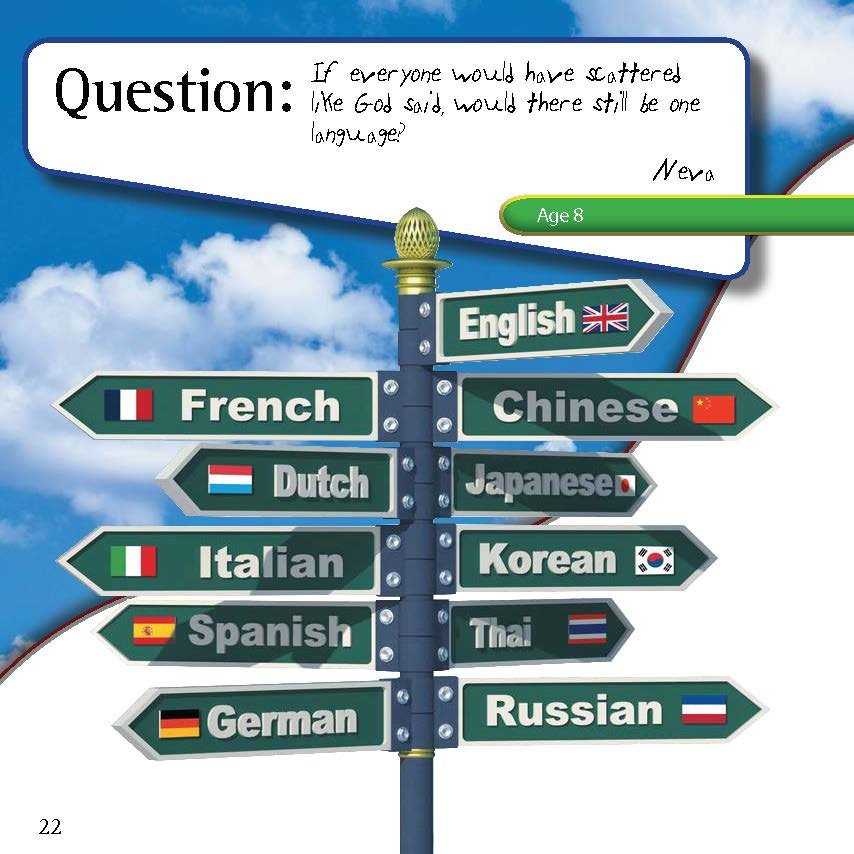 Yes! There was originally only one language, so if everyone had scattered over the earth, they would have continued to speak that language. It is possible that we would have various dialects as people lived in different parts of the world—we even see that today with Canadian English, Australian English, American English, and so on. God created one language when He created Adam and Eve, so there would have been one language from Adam to Noah, when the Flood occurred. By giving families different languages at the Tower of Babel, God was making it harder for people to get together to rebel against Him. Now because of the many languages, it is important to take the message of the gospel to people groups around the world by translating His Word into those languages.

Before the Bible was completed, God provided a special event in Jerusalem so people with different languages could hear the gospel. In Acts 2, at Pentecost, God sent the Holy Spirit to come upon the Apostles to enable them to speak in many different languages. This enabled foreign people who were there to hear the good news about Jesus.

Previous Article Why Was Babel Made? Next Article How Many Languages Came From Babel?