How Many Languages Came From Babel?

How Many Languages Came From Babel? 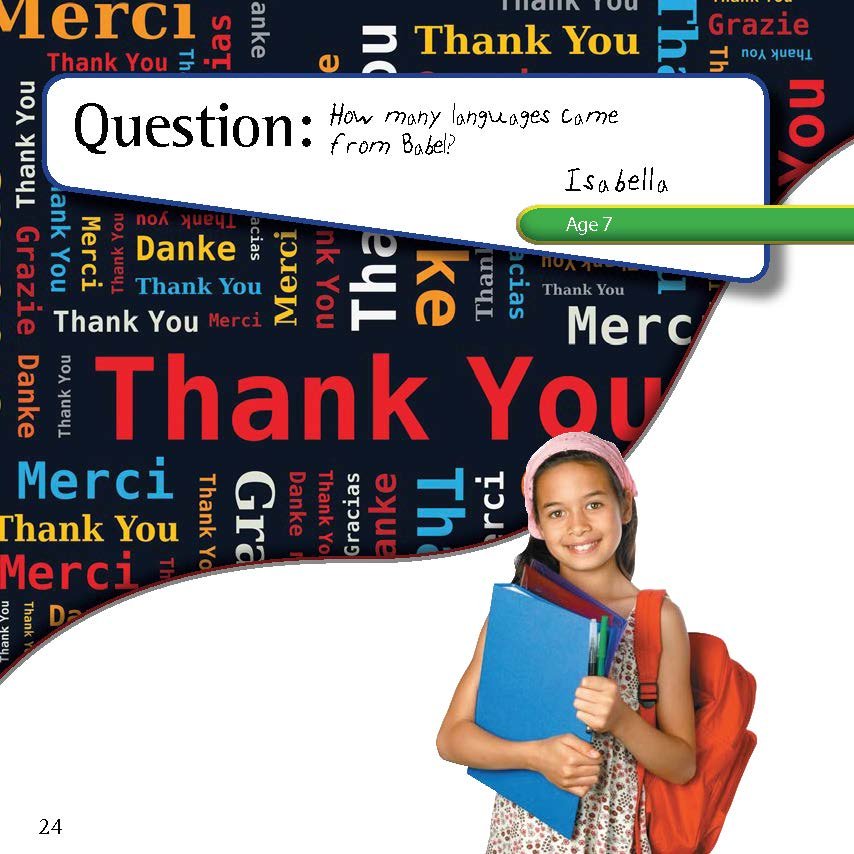 And the LORD said, “Indeed the people are one and they all have one language, and this is what they begin to do; now nothing that they propose to do will be withheld from them. (Genesis 11:6)

There were at least 78 families that came out of Babel with new languages because Genesis 10 gives a listing of most of these families.

We left off Noah and his three sons since they are not listed in Genesis 10 as having been divided (Genesis 10:32). We also left off Peleg as he was probably just born or very young and kept the language of his parents, since the language division occurred “in the days of Peleg” (Genesis 10:25).

Previous Article Would We Still Have One Language If People Scattered? Next Article How Did People Get Different Skin Colors?