Reply to “Taxon Sample in Hominin Baraminology: A Response to O’Micks”

The criticism of a fresh baraminology study implying that the recently discovered Homo naledi might not belong to the human baramin based on a small taxon sample size is warranted. However, when assigning baraminic status to a given species, statistical analysis is not enough. In order to get a more holistic picture of the baraminic status of a given species, it is also useful and even necessary to discern between more or less significant morphological characteristics. This way, when using a weighted version of the BDIST method, H. naledi groups together with the three Australopithecus species used in the study, away from Homo sapiens and Homo neanderthalensis. Another confounding factor in the study of H. naledi which must be addressed is that the 1550 fossils found in the DiNaledi Chamber might come from mixed species, some which show human characteristics, and others which look like australopiths. Furthermore, it is highly unlikely that H. naledi was intentionally buried in a very distant part of the cave which is very hard to reach, and, also due to the fragmented conditions of the bones. H. naledi is also likely not to be human due to its small cranial volume, which is well outside that of the itself highly variable human range.

The author brings up relevant issues with the analysis about the statistical aspect of the baraminological re-analysis of Homo naledi by O’Micks (2016b). For example, the criticism of there being too few species causing a possible statistical artifact is warranted. Thus, it indeed may be more useful to use a larger taxon sample size to attain more accurate baraminic distance correlations (BDC).

However, the author relies too much on the exclusive statistical analyses of taxonomical data. Baraminology is a holistic science, and as such, should rely not only on statistical analysis, but also should distinguish between more or less important morphological characteristics, because these two methods complement each other. Thus I think that applying weights to certain anatomic characteristics, encoded into a weighted version of the BDIST method is warranted, and a further development of the present BDIST method.

It is true that there might be statistical artifact due to a smaller sample size when comparing the craniodental characters of the reduced taxon size from both data sets (O’Micks 2016a, 2016b). However, we must remember that the first analysis used a scaling factor of 3.999 during the character transformation, whereas the second analysis used a scaling factor of 1.999, and this might cause a difference in the BDCs.

When applying a weight of 0.1 to the craniodental characteristics of the O’Micks (2016b) data set (character relevance of 0.95), we see that if we classify H. naledi together with A. sediba, A. africanus and A. afarensis as australopiths, then the average baraminic distance was 0.31, whereas it was 0.14 for the two Homo species, and 0.79 between these two groups. Correlation values were 0.77 (within the genus Australopithecus), −0.89 (between Homo and Australopithecus), and 0.96 within Homo. True, the weighted BDIST program does not calculate bootstrap values, however, these values visibly distinguish between a four member Australopithecus group and a two-member Homo one. Here the distances and the correlation values are much more significant compared to the unweighted results. The tendency for the four Australopithecus species to separate from the two Homo species strengthens with lower weight values.

If we look at the BDC results for Wood’s analysis of 15 hominid species, we see that there is a large group of eight species (Homo rudolfensis, H. sapiens, H. neanderthalensis, H. heidelbergensis, H. naledi, H. habilis, H. erectus, and Australopithecus sediba), amongst which not all relationships are supported by a bootstrap value of ≥ 90% (Wood 2016a, Figure 7). H. sapiens, H. neanderthalensis, and H. heidelbergensis form a subgroup of three species, which correlates with the significant, positive BDC between H. sapiens and H. neanderthalensis which was found in the second O’Micks study (O’Micks 2016b). This could mean that there are two baramins which albeit are morphologically similar to each other, and thus group together, yet are independent from each other. We cannot demand that God created each baramin to have significant morphological differences compared to other baramins. Furthermore, H. erectus shows a significant, positive BDC with all other species in this group except H. heidelbergensis in the Wood study. This might be due to the fact that there are many fossil variants of H. erectus found across the globe, some of which belong to the baramin (H. sapiens + H. neanderthalensis + H. heidelbergensis), and some which resemble those of (H. naledi + H. habilis + A. sediba). Indeed, a future baraminology study might be warranted to define the exact baraminological status of H. erectus. In the three-dimensional scaling of Wood’s 2016 paper (Figure 8), we see both H. naledi and A. sediba detached from the main cloud of species of the genus Homo. H. sapiens, H. neanderthalensis, and H. heidelbergensis are the most tightly packed group of species.

As for the anatomical aspects, Jeffrey Schwartz from the University of Pittsburgh (Professor of Anthropology) thinks that the ~1550 fossil remains coming from 15 individuals are really from mixed species (Schwartz 2015). He cites how the fossil taxon Homo habilis was used as a basket taxon which contained remains from multiple species, such as OH7 whose mandible was long, narrow, and almost parallel, like what we see in australopiths (Schwartz and Tattersall 2015). In comparison, whereas two of the H. naledi skulls are long and low, with sloping foreheads, a third is short and rounded—this being a characteristic which distinguishes between apes and humans. Also, the teeth are similar to other teeth fossils from a nearby fossil site which has yielded a number of australopith specimens. Also, the head and neck of the femur also resemble those of australopiths and not humans. This means that the H. naledi remains could be sorted out to fossils resembling humans and other fossils resembling australopiths.

It is disputed in the literature whether H. naledi was intentionally buried. There are varying opinions. For example, Val (2016) thinks that the path to the chamber where the fossils have been deposited are too narrow (only 20 cm [7.8 in] across in some places) and too difficult to get to so as to exclude deliberate burial in an extremely difficult to reach part of the cave system, over an extensive period of time (if the site indeed has religious value to generations of H. naledi). Why would H. naledi choose the most difficult part of the cave to reach when they could have buried their dead closer to the entrance? We also know that the Genesis Flood caused massive fossil graveyards all over the world, so fossils from 15 individuals, possibly not from the same species found in a hard to reach part of a cave system raises this possibility. Also, if the remains do come from multiple species, then this is evidence against intentional burial, since humans do not tend to bury their dead alongside animal remains. Furthermore, the percentage of bone survival is only 10.8%, meaning that many of the 15 individual skeletons had to have been greatly fragmented, which could hardly be the case if they were immediately buried in a ceremonial manner.

Though the author mentions that in Old Testament times there were giants in the land of Israel, there is absolutely no mention of whether these giants had any australopithecine characteristics, such as the curved fingers that H. naledi has. The only thing that we can safely conclude from the Old Testament records is that these giants were only large-scaled humans. For example, Gould (1981) writes in the book The Mismeasure of Man that the brain volume of humans varied between 1000 to 2000 cc. However, H. naledi’s cranial capacity is only 465–560 cc, which very much falls outside of that range. For comparison, the cranial capacity of Homo erectus ranges from 850 to 1100 cc (Swisher et al. 2002). While it is true that brain size is not an absolute measure of intelligence and thus not something that easily distinguishes human from non-human, yet we still cannot assume that internal brain anatomy will not remain unaffected the smaller the size of an organism’s brain.

I also disagree with the statement that “we must remember that all human beings, whatever their appearance, are descendants of Adam and Eve” (Wood 2016b, 372). What if Wood’s method were to show a continuum between modern humans and chimpanzees? Intuitively we would have to reject putting humans and chimps into the same baramin. That’s why I think that besides statistical methods, overall knowledge of morphology should also be used to holistically assess the placement of certain species into their corresponding baramins.

Therefore, based on previous corroborating evidence and taking important fossil evidence into consideration, it is not such a clear-cut case to put H. naledi into the Homo baramin, something which further, more detailed analyses including larger number of taxa would be able to determine.

O’Micks, J. 2016a. “Preliminary Baraminological Analysis of Homo naledi and its Place Within the Human Baramin.” Journal of Creation Theology and Science Series B: Life Sciences 6: 31–39.

Schwartz, J. H. 2015. “Why the Homo naledi Discovery May Not Be Quite What It Seems.” Newsweek. http://europe.newsweek.com/why-homo-naledi-discovery-may-not-be-quite-what-it-seems-332804.

Val, A. 2016. “Deliberate Body Disposal by Hominins in the Dinaledi Chamber, Cradle of Humankind, South Africa?” Journal of Human Evolution 96:145–148.

Wood, T. C. 2016a. “An Evaluation of Homo naledi and ‘Early’ Homo from a Young-Age Creationist Perspective.” Journal of Creation Theology and Science Series B: Life Sciences 6: 14–30. 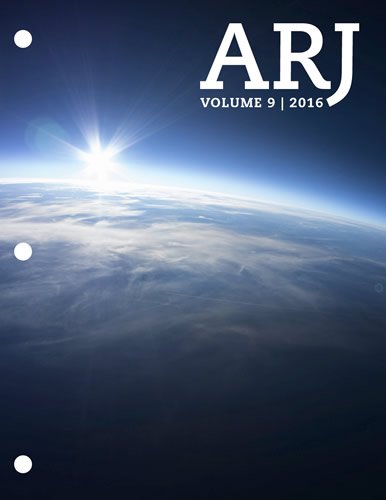