The weather in Vancouver was a bit wet today but nothing can stop the AiG Olympic team.  Today they distributed 9,263 booklets which brings our total to 28,263 people that have received VANCOUVER GOLD RUSH booklet. Today the group shared a witness to people from 39 countries of the world.  What other location, other than the Olympics, could you share Christ with people from that many countries in one day?

Tonight the team met to share the blessing of today and the stories of ministry were both emotional and thrilling.  A precious moment happened when one of our youngsters tried to share about the German athlete that he met and gave a booklet to and he froze and could not speak---his Dad came to his side and helped him give his testimony. The German athlete was the bobsled driver that tipped his sled over on one of his earlier runs that was televised.

Team members spent over one hour sharing the day’s joys and prayer requests with each other.  They have gone to bed tired and weary but greatly rejoicing in the Lord. 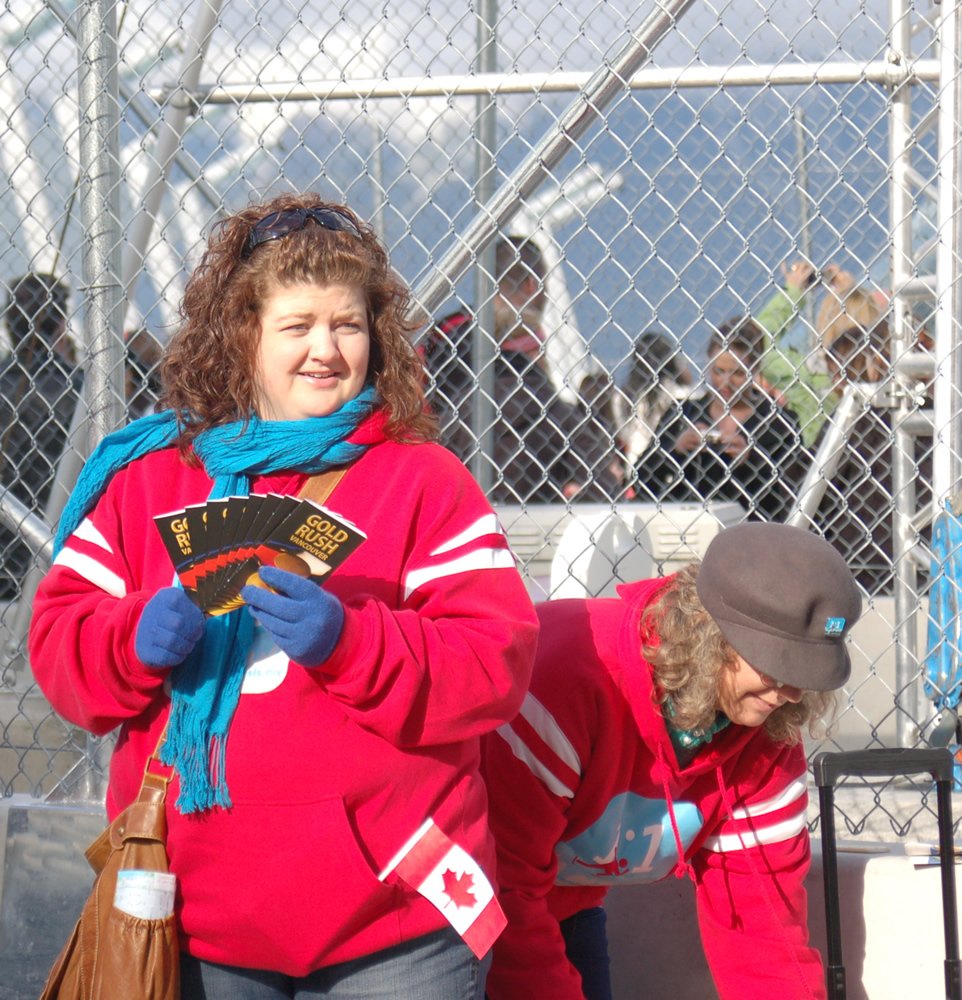 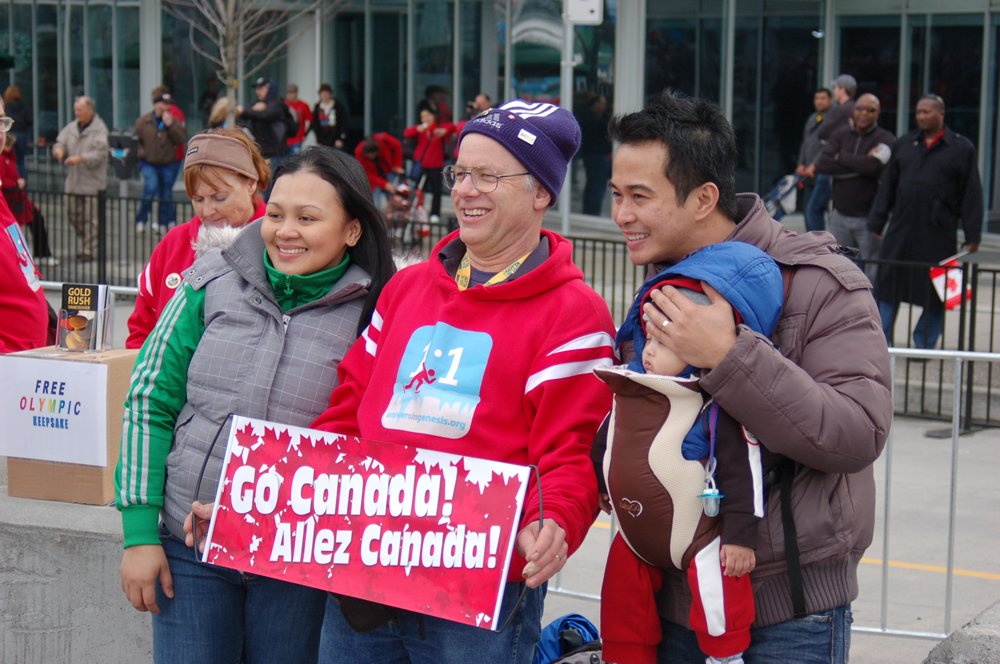 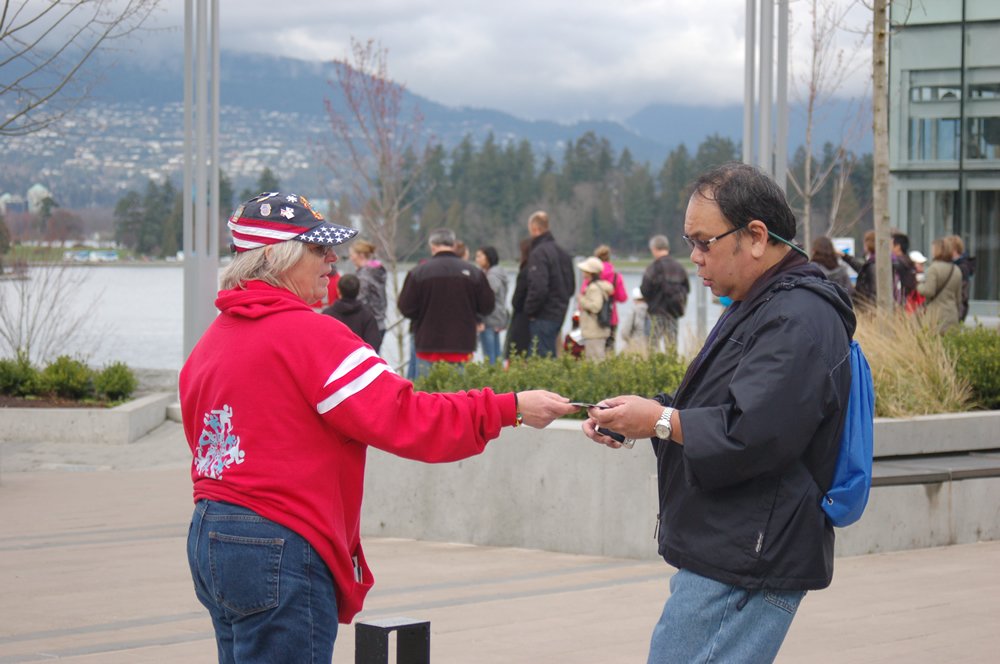 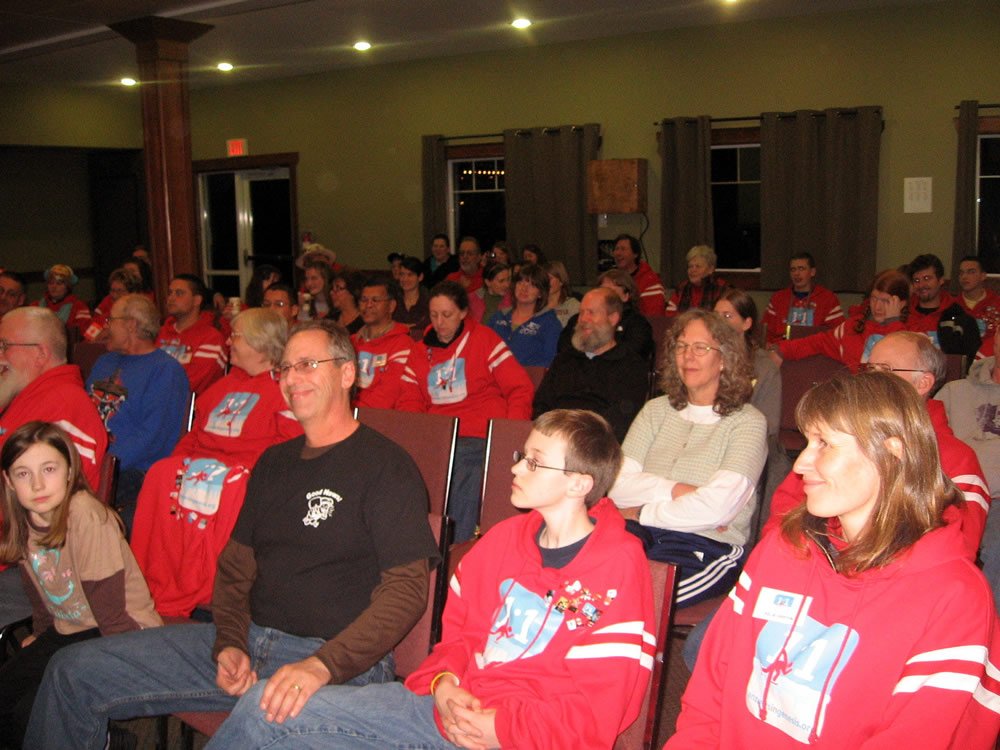 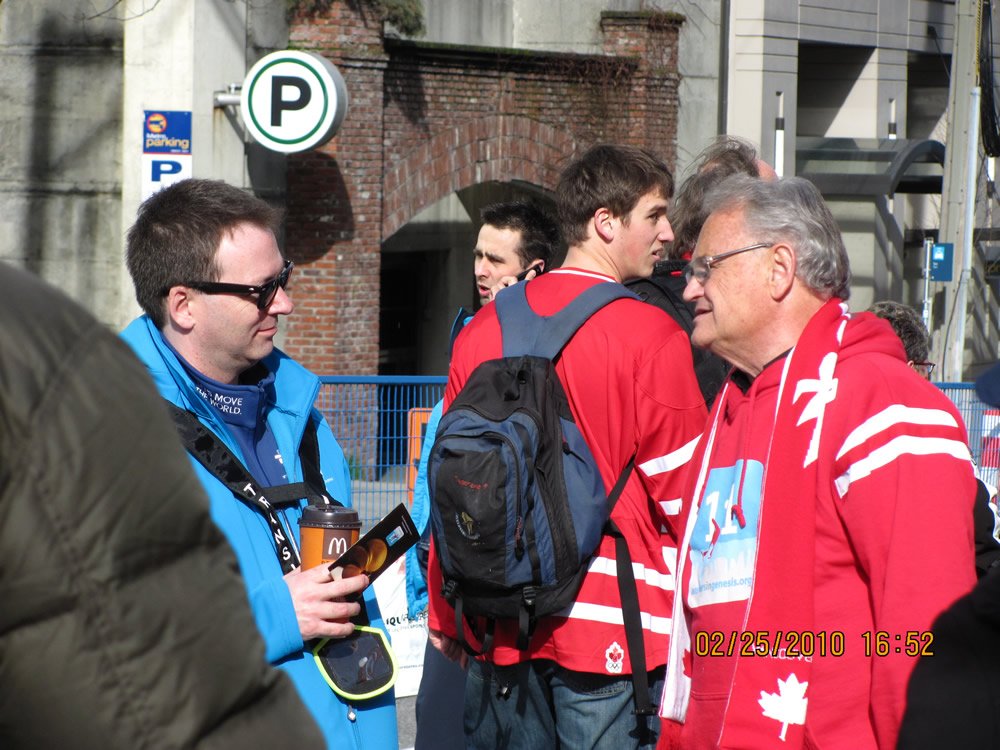 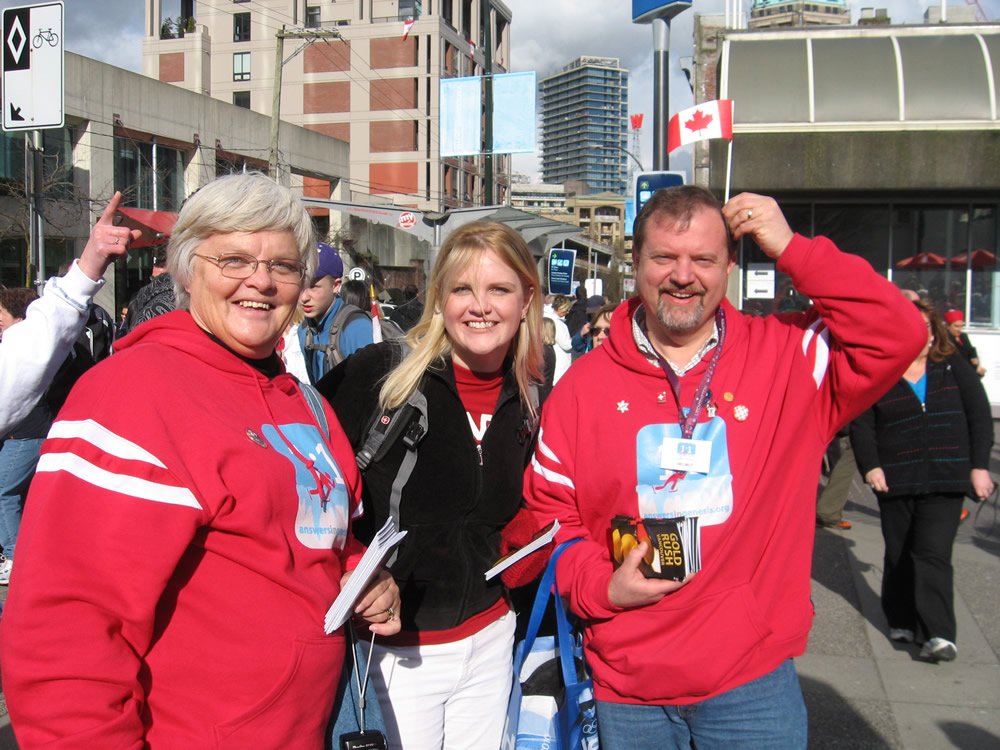 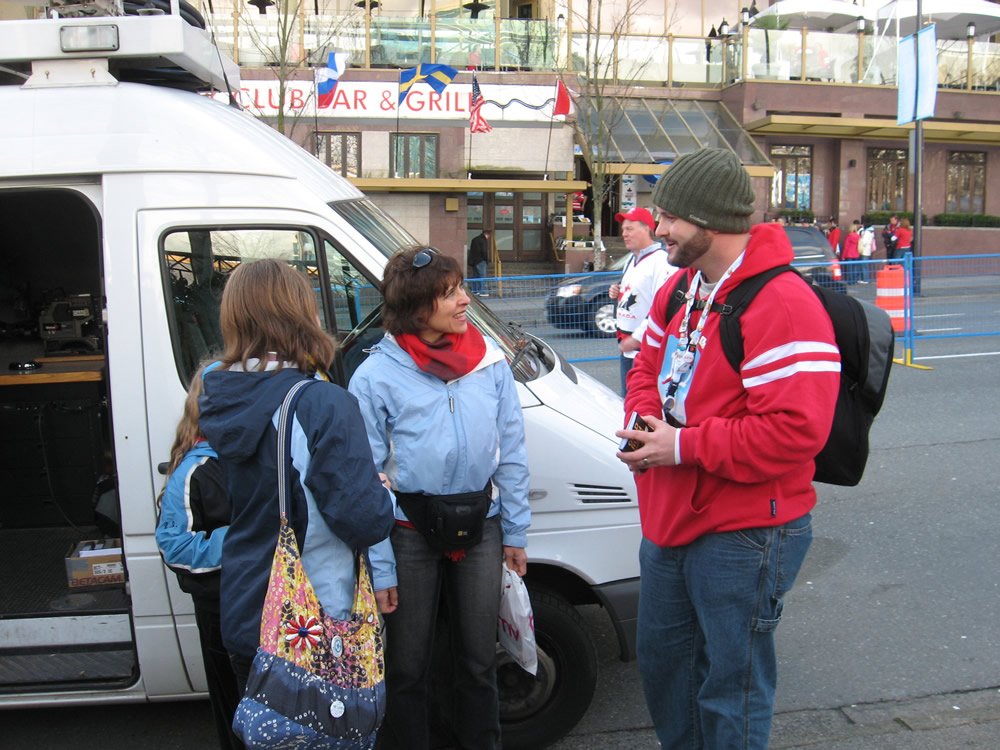 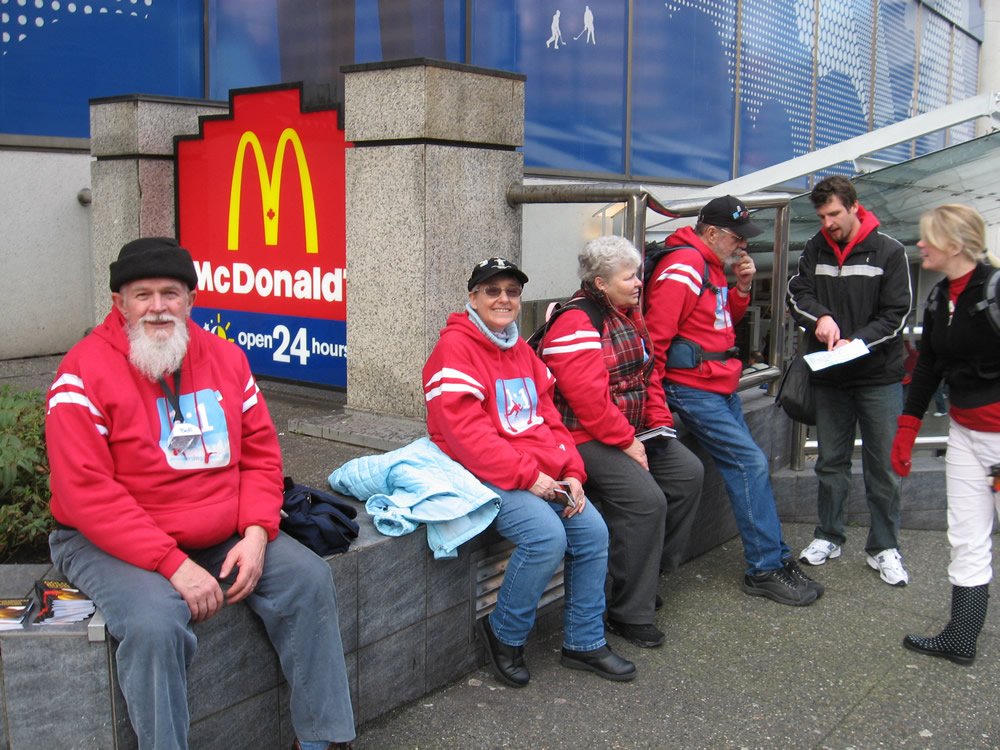 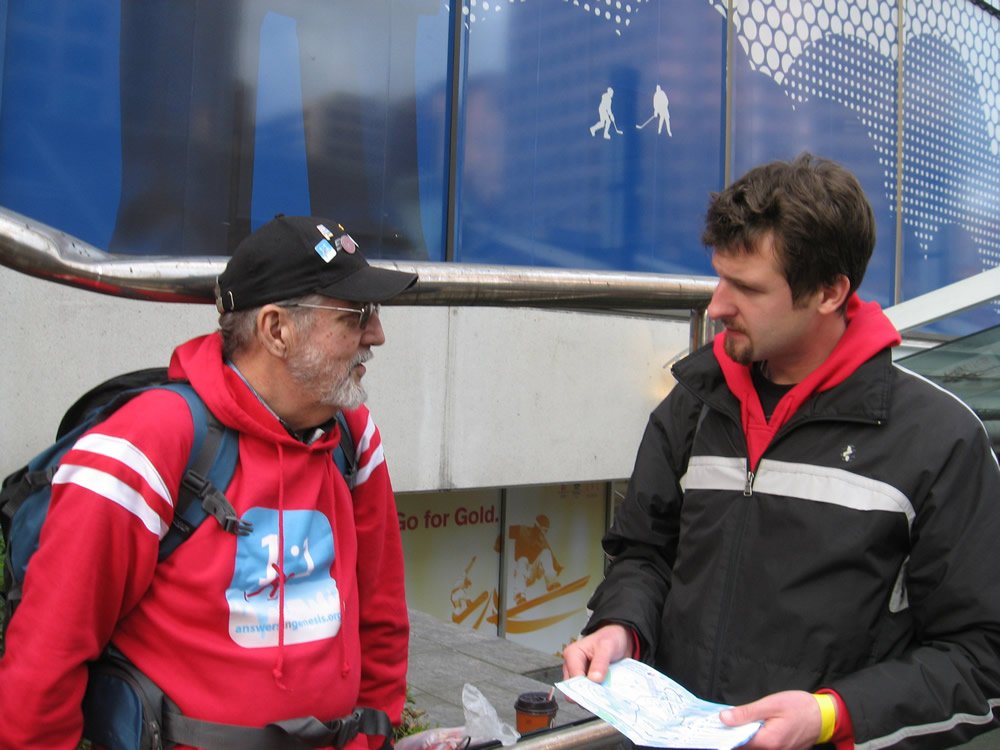