MAVEN (Mars Atmospheric Volatile EvolutioN) craft has been in the news lately. Launched nearly a year ago, MAVEN arrived at Mars on September 21, whereupon a rocket burn placed MAVEN in orbit around the planet. Unlike many other missions to Mars over the past decade, MAVEN will neither land on Mars nor release a rover. 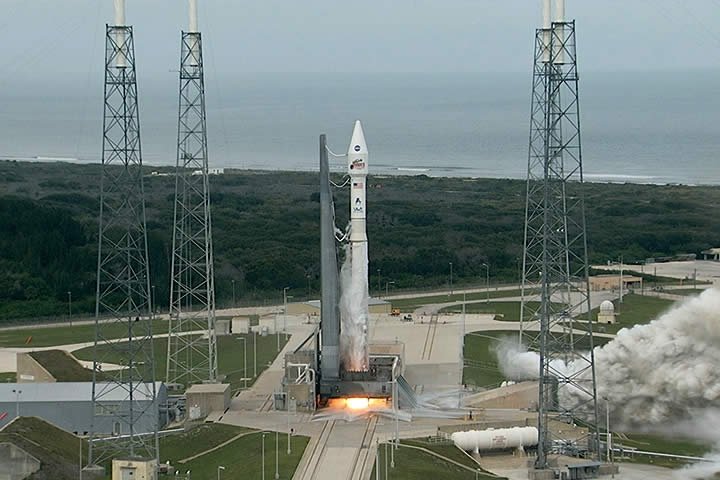 Instead MAVEN will study the Martian atmosphere in great detail. It will accurately measure the isotopic abundance of the Martian atmosphere and the rate at which gases are escaping the atmosphere into space. MAVEN will allow scientists to better understand how the solar wind strips gas particles from Mars’s upper atmosphere. The earth’s relatively strong magnetic field plays a vital role in protecting its atmosphere from the erosive power of the solar wind, but Mars’s much weaker field probably does not offer much protection.

Why is this important? Geological evidence on the Martian surface is interpreted by many that liquid water may have once been abundant on Mars. However, Mars is much too cold and the air too thin for liquid water to exist there today. It is possible that the Martian atmosphere was much thicker in the past so that it provided greater pressure and temperature to support liquid water. If this were the case, then what happened to the atmosphere? Martian surface gravity is much less than earth’s gravity, so its weaker gravity probably played a role in allowing much of the Martian atmosphere to escape, but lack of protection from a strong magnetic field may have played a role too. 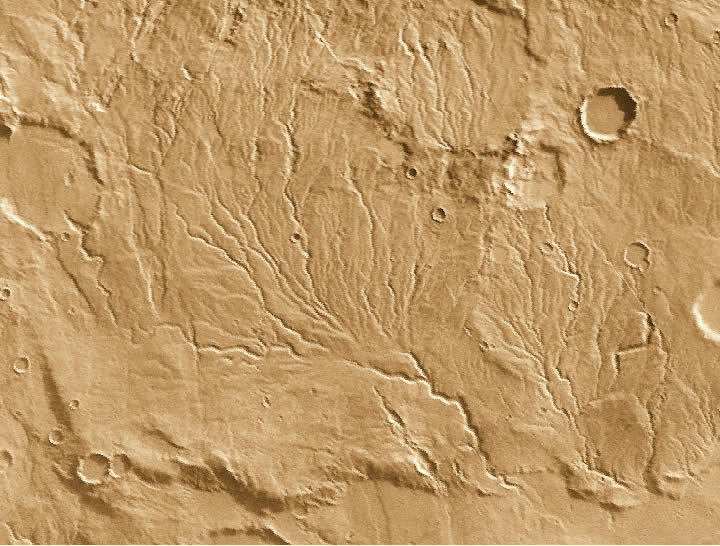 This mission demonstrates the difference between observational/experimental science and historical science. MAVEN will measure the composition of the Martian atmosphere as it now exists and the rate at which gas is escaping at this time. That is, MAVEN’s instruments measure in the here and now. That is observational science. One can take that data and offer scenarios of what might have happened in the past. This is not a simple extrapolation of current rates into the past, because nearly everyone believes that processes have been different in the past. For instance, Mars’s magnetic field probably was greater in the past, but how much greater was it, and what was the rate at which it decayed? There is no definitive answer to those questions, nor could there be. Rather, the answers are model dependent, and hence they depend upon what assumptions one makes about the past. A different set of assumptions will produce a different conclusion about what might have happened in the past. This is historical science. Using the same data from MAVEN in the present, creation scientists will come up with conclusions about the past that are different from evolutionists’ conclusions, because our assumptions about the past are different.

Rosh Hashanah is one of the Jewish New Years (they have four all total that each have different significance). Rosh Hashanah coincides with the first visibility of the waxing crescent moon near the autumnal equinox. According to Jewish tradition (Rabbinic literature), the Jewish civil calendar dates back to the Creation Week, so Rosh Hashanah is the anniversary of the First Day of the Creation Week. This year, Rosh Hashanah falls on Thursday, September 25, though, since by Jewish (and many other ancient cultures) reckoning the day begins at sunset*, Rosh Hashanah actually begins the previous evening. Of course, Day Four is my favorite day of the Creation Week, because that is the day that God made the astronomical bodies (I’ve often thought that I ought to start a band called “Fourth Day”). This year, the corresponding anniversary of the day God made the stars would be Sunday, September 28.

This has gotten me to thinking. Forty years ago, a few amateur astronomers began observing Astronomy Day, a day in the spring that they could set up telescopes for the public to appreciate the wonders of the heavens. That observance quickly grew to include many amateur astronomy clubs, planetaria, and observatories. A few years ago, Astronomy Day was expanded to an observance in the autumn as well, so that there are two Astronomy Days per year now. The dates usually are Saturdays close to the first quarter moon, so as to include good views of the moon (we follow the same strategy for our Skygazer’s Nights at Johnson Observatory here at the Creation Museum).

Perhaps we ought to start observing a Creation Astronomy Day. The purpose would be to share the wonders of the heavens but more importantly to encourage worship of the Creator rather than the creation. As for the day that we choose, it ought to be as close as possible to the anniversary of the Fourth Day of the Creation Week. We could select the third day after Rosh Hashanah, which would be the anniversary of the original Day Four that the Talmudists suggested in which God made the sun, moon, and stars, based upon length of the year.

However, because the month is not divisible by seven, that day rarely would fall on a Wednesday, which is the fourth day of the week. So, we could pick the Wednesday after Rosh Hashanah to match up the proper day of the week. However, with work and school, Wednesday probably would not be the most convenient choice either. Perhaps it would be best to choose the Saturday after Rosh Hashanah. That would not be an exact match for the day of the year or the day of the week, but it would be close. Next year, Rosh Hashanah falls on Monday, September 14 (with observance beginning the night before). This will give me a year to decide and plan this. If you have any input, please let me know.

On the morning of Wednesday, October 8 there will be a total eclipse of the moon. The partial phase will begin at 5:15 AM EDT, with totality between 6:25 AM EDT and 7:24 AM EDT. Here in northern Kentucky the moon will set and the sun will rise shortly after totality, so I expect the moon to disappear during totality. That is, assuming that it will be clear that night. You may recall that last April there was at total lunar eclipse too, but it was cloudy here. It even snowed a little during the eclipse. For those of you who live near the Creation Museum, we are going to try to watch it here once again. I hope that many of you will try to catch this relatively rare event.

* This goes back to creation week when darkness was first and light was made second completing a day and this “evening-morning” pattern revealed in Genesis 1 was carried over to many cultures after the Flood and Babel.

Previous Article The New Astronomy Book Is Here! Next Article Black Holes: Not Seeing Is Not Believing