Does God Authoritatively Stand Behind the Words of His Revelation?

Scripture has made a claim that all Scripture is God-breathed and not from the will of men.

What then shall we say to these things? If God is for us, who can be against us? (Romans 8:31) 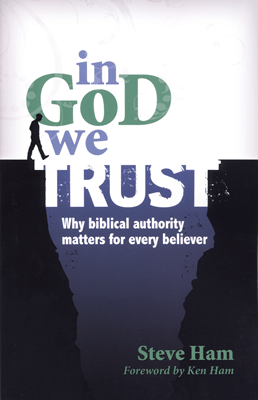 Today’s big question: does God authoritatively stand behind the words of His revelation?

Scripture has made a claim that all Scripture is God-breathed and not from the will of men. In this claim, we must first accept that within Scripture mankind is not the source for revealed truth but rather God’s human instrument. Man’s words have no authority over God’s words, and man’s authority has no power over God’s power. The God of the Bible, the one true God, is the author of all creation and His revelation to that creation. The divine authorship of His Word is only attributed to God. The Bible also shows clearly that God stands behind His Word in power and authority.

Almost wherever we go in the world, we daily hear of new court cases on the news. Quite often, we will hear of an appeal to a higher authority from people looking for justice. Whether an accuser or a defendant, western judicial systems are put in place in an attempt to give citizens the fairest possible hearing. With God it is different, as the Bible clearly shows us (and we see evidence of this in every human life) that everyone is guilty before the great ultimate judge. Romans 3:23 states, “for all have sinned and fallen short of the glory of God.”

God has shown us in His Word that we are all guilty of sin (in fact, due to original sin from Genesis 3, we are all sinners both in act as well as inclination), and we also already suffer from the consequences of sin in that we all die and then face ultimate judgment. Those who face the final judgment without saving faith in Jesus Christ will be eternally condemned, but Romans 8 tells us that those who are in Christ Jesus will not suffer condemnation.

If you read through the whole of chapter 8 in Romans you will come to some of the greatest verses of hope in Scripture. No matter how powerful the accuser of our guilt may be (even Satan himself), there is no authority that can change God’s mercy to those who been given salvation. If God is for us, who can be against us? God has not only given us a message of hope in His word but also has the authority to carry it out and to stand by His perfect justice and mercy. There is no higher court of appeal, and God’s mercy (and justice) will eternally stand.

Today’s big idea: the God of the bible has not just given a message of hope but shown how His authority gives an assurance of hope.

What to pray: thank God for His faithfulness in carrying out His authoritative Word.