For the second year in a row, the Evangelical Press Association (EPA) honored Answers magazine, produced by Answers in Genesis (AiG), with its Award of Excellence from among dozens of Christian periodicals. At EPA’s annual convention in Colorado Springs on Friday, the ministry, which started publishing Answers magazine only six years ago, was also awarded first-place honors in other categories that relate to the quality of writing and artwork. 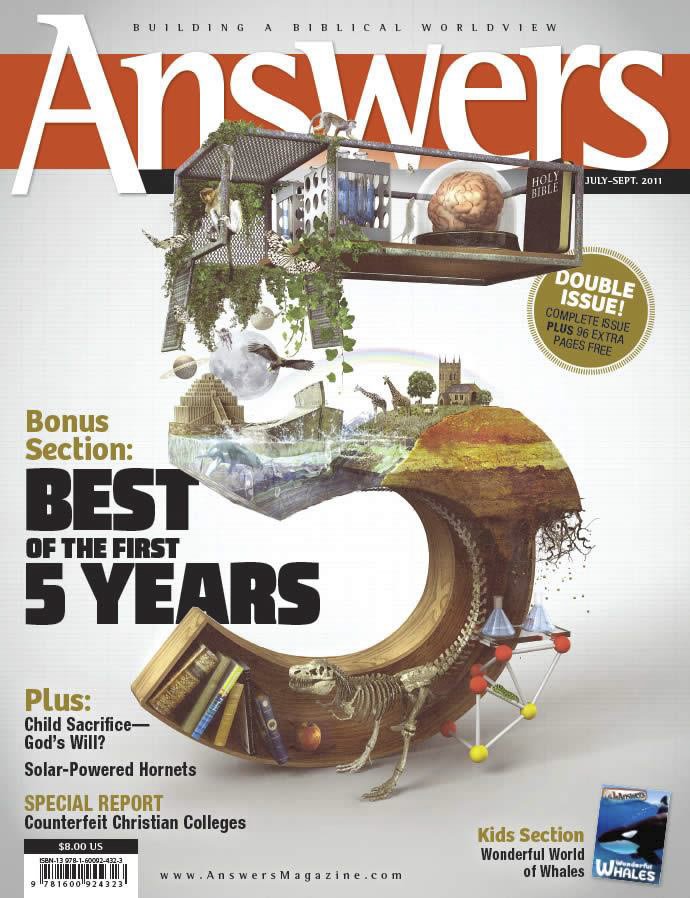 Ken Ham, president/CEO of AiG, observed that “the Award of Excellence is considered the ‘gold medal’ of EPA awards.” He added,

By God’s grace, Answers is now one of the most highly awarded Christian publications, and we praise our Creator God. Picking up the EPA’s top award for excellence and also winning three first-place awards is wonderful news for our talented magazine team, led by publisher Dale Mason.

Known for honoring the best work done by its member publications each year, the EPA has 12 magazine categories (e.g., Newsletters, Newspapers, Campus, Denominational, Devotional, and Missions).

This year, Answers was recognized as No. 1 overall in the esteemed “General” category. Runners-up in the category were Christianity Today and Thriving Family (produced by Focus on the Family). According to the EPA, “the contest honors the best work done by EPA publications during the 2011 calendar year.”

The seven other awards received at the EPA conference were in the following “Higher Goals” categories:

There are 75,000 subscribers to Answers, which also has a digital edition. Each issue includes a special pull-out children’s section, “Kids Answers,” and an associated website, www.AnswersMagazine.com. A quarterly publication, the magazine includes articles written at both layman and semi-technical levels, and subscribers receive additional exclusive content online.

The magazine’s publisher, Answers in Genesis, is a biblical apologetics ministry which conducts about 300 teaching meetings each year and produces the “Answers” radio program heard on more than 500 stations in the U.S. The AnswersInGenesis.org website is this year’s “Best Ministry Website” as picked by the 1,200-member National Religious Broadcasters (with about 1 million web visits a month). AiG’s Creation Museum, which celebrates its fifth anniversary on May 28, has welcomed over 1.5 million visitors. AiG is now designing a full-size Noah’s Ark in northern Kentucky.