One Minute to Launch

Today, Answers in Genesis is pleased to announce the launch of a reformatted Answers with Ken Ham radio program.

Today, Answers in Genesis is pleased to announce the launch of a reformatted Answers with Ken Ham radio program. Already a popular radio feature, the Answers program should see its network of stations expand even more, now that the broadcast is a more convenient length for radio stations at sixty seconds.

Broadcast Monday through Friday since October of 1994 and hosted by AiG President Ken Ham, it is now heard on over 500 stations (plus podcast via iTunes and also through our website). The new Answers program offers a powerful Bible-affirming message in one minute. This new format replaces the original 90-second edition and better meets the needs of many radio stations due to new programming issues faced today. Not wanting to lose any of the main teaching content, we have reduced the closing announcements and shortened the introductory comments.

Many Christian stations have shared with us that they would prefer a :60 format as opposed to :90. Thus the new length is already being met with a warm welcome by stations across the country. Ham stated that “with the new format, we pray that our radio network will grow even larger, and the important information will impact many more lives than before.” He added that “listenership to the Answers program has already been growing over the years due to listenership on the web, and also due to the fact that God has blessed the AiG website to be one of the most-visited Christian websites in the world.” The AiG site receives over one million visitors a month. 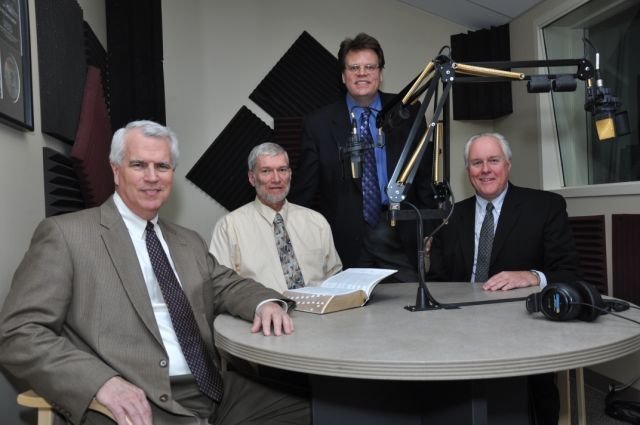 Ways to gauge the program’s effectiveness not only include the many positive comments we have received from listeners over the past 18 years, but also to learn from the AiG staff about its impact. When asked “How did you first learn about the ministry of AiG?,” several staff mentioned hearing the Answers … with Ken Ham program on their local radio station.

As AiG has reformatted the Answers program, we added a different music bed and a new announcer’s voice. After 18 years, AiG CCO Mark Looy will rest his vocal cords, but will still have an active role in the scriptwriting and production of the program. However, one thing will not change: each program by Ken Ham will continue to proclaim the message that the Bible is accurate and authoritative from its very first verse.

To listen to the new format, we invite you visit www.AnswersRadio.org.

For a list of stations that carry the Answers radio program, go to the radio page. If your local Christian radio station does not carry Answers … with Ken Ham, call the station manager and suggest that he or she contact us and request a demo CD at (859) 727-2222 ext. 461 or request the CD via email. Alternatively, please find the general manager’s email address and send the manager the www.AnswersRadio.org web address—along with a note of encouragement for the station to air this relevant and faith-building program, which is now in a more convenient :60 format.