What Are Black Holes? And Could We Enter Them?

Thanks for all your great questions, Elana! I also like Pollux and it’s actually one of my favorites too! It’s definitely an awesome choice because it’s the brightest star in the Gemini constellation and is the closest giant star to the sun (only about 34 lightyears away) but way bigger than it! And my favorite rocket is also the Saturn V, which was the main rocket used by NASA during the Apollo program that took astronauts to the moon! 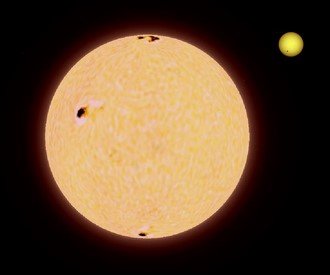 Size comparison of Pollux (left) and the Sun (right). Image via Wikimedia.

Question 1: How many years do you have to study to become a rocket scientist?

Question 2: Is it hard to become a rocket scientist?

It was definitely a challenging experience getting my college degrees in aerospace engineering (I focused mainly on astrodynamics and satellite navigation), and it took quite a few years to finish. But with a lot of hard work and discipline, it was very doable. And I’m sure you can get these degrees too if you put your mind to it—especially if you enjoy math and science like me! Just make sure that whatever you do when you grow up, do it all to the glory of God! (1 Corinthians 10:31)

Question 3: Who makes up the names for the rockets?! 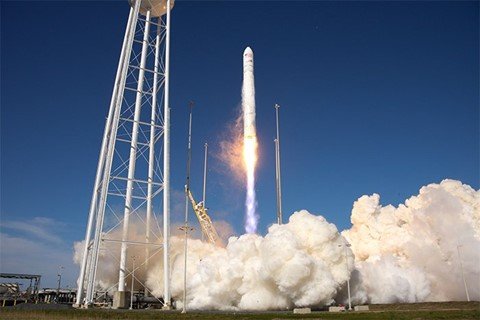 The names of rockets are usually made up by the company or agency that builds the rocket, for various different reasons (one reason might be the name just sounds cool). Yet many of them are simply named after planets, stars, or constellations. For example, the Antares rocket1 is named after a star called Antares,2 which is the brightest star in the Scorpius constellation and is even considered one of the biggest known stars (being several hundred times the diameter of the sun). 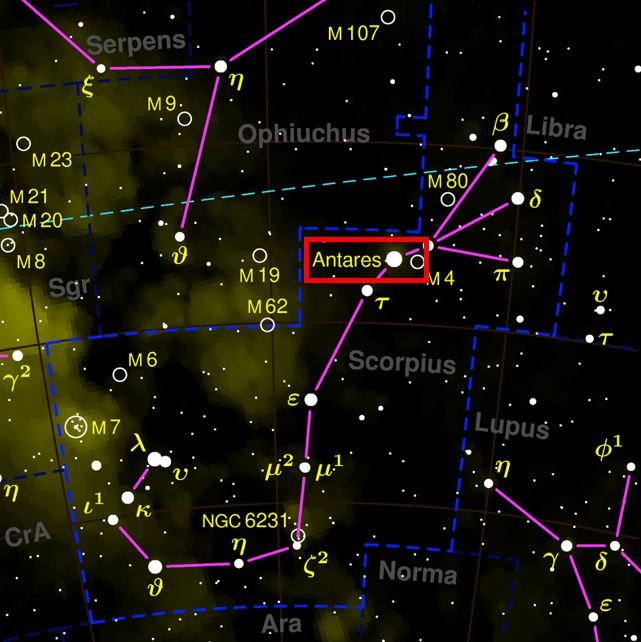 Red box around the Antares star. Image via Wikimedia. 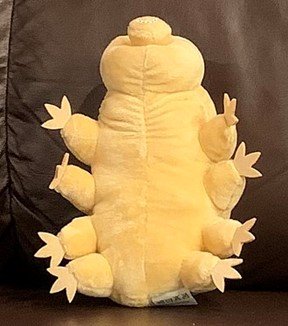 Water bears (known as Tardigrades3) are really neat micro-animals that are super tiny (around 1 mm or less) in size, yet are very good at surviving the toughest of conditions: from the top of the Himalayas,4 to the deep depths under the sea, under multiple layers of ice, and even surviving many days in space! So, I can see why one would think that they are aliens (plus, they sort of look like something from a sci-fi movie). But I assure you, these small animals are not aliens. Rather, they are just another creature that’s been amazingly designed by our awesome God!

Question 5: Where does the other half of the rocket go? And what do you do with it? 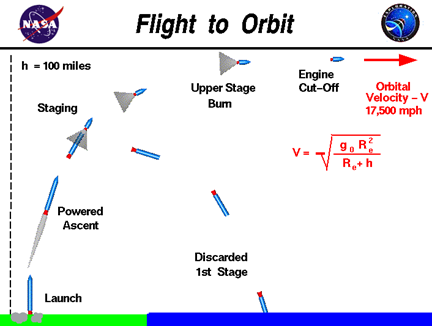 Example illustration of flight to orbit. Image via NASA.

After the initial first and second stages of a rocket that uses up all its fuel, it will fall off from the rest of the rocket (this is called “stage separation”). And if the altitude at this separation is high enough, which is usually the case for the second stage, it will (eventually) deorbit and burn up in the atmosphere. But the first stage normally won’t make it up high enough past the atmosphere, causing it to simply tumble back down to earth and fall into the ocean (like the Atlantic Ocean if it is launched from Florida). 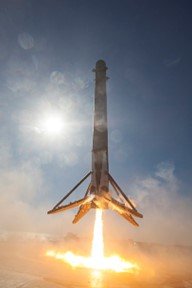 Falcon 9’s first stage successfully landing on an ASDS for the first time. Image via Wikimedia.

Yet, space companies like SpaceX (with the Falcon 9 rocket) have actually figured out some brilliant ways to reuse the first stage of the rocket after stage separation by having it land safely back on Earth, which is really cool!

On the other hand, there’s some rockets that don’t launch from the ground at all, like the Pegasus rocket5 that uses a big airplane (Stargazer L-1011) over the open ocean! Although it isn’t used to carry astronauts to space, it’s very useful for sending small satellites into low earth orbit. 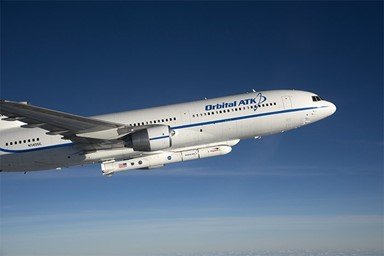 L-1011 Stargazer aircraft, carrying a Pegasus XL rocket beneath it, which drops from the aircraft to launch. Image by NASA/Lori Losey, Public Domain, via Wikimedia Commons. 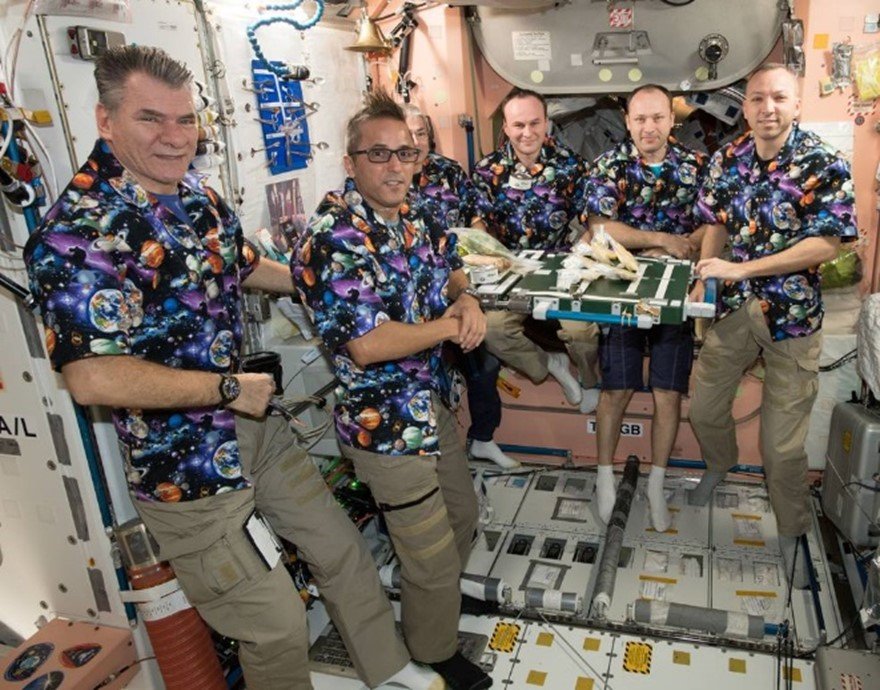 I personally don’t know how food tastes in space (since I’ve never been!), but I’m assuming it doesn’t compare with a freshly cooked meal here on earth. Yet I imagine the astronauts aren’t too picky, and they probably think it’s pretty cool to eat food in space! You can learn about how food from earth gets delivered to the astronauts by checking out this article here.

Question 7: What are black holes? And could we enter them? 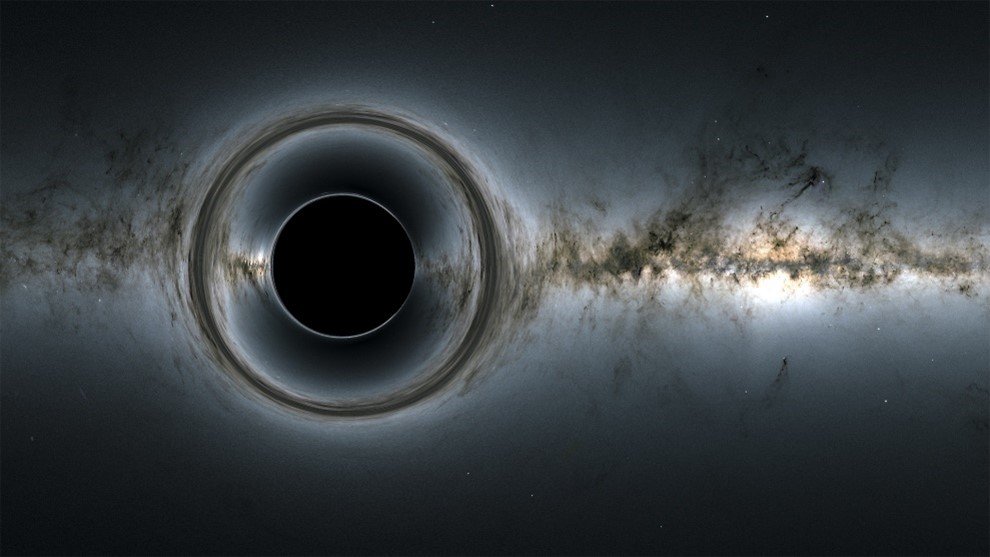 A black hole is an object in space with so much gravity and with a pull so strong that nothing, not even light (which explains why they’re “black”), can escape it.6 In other words, everything (including space itself!) that falls into a black hole can never get out!

Black holes are also really massive objects (like many times more massive than the sun) with even some “supermassive” black holes predicted to be millions (even sometimes billions) of times more than the sun’s mass! These supermassive giants are also believed to be at the center of big galaxies, including our own Milky Way galaxy. 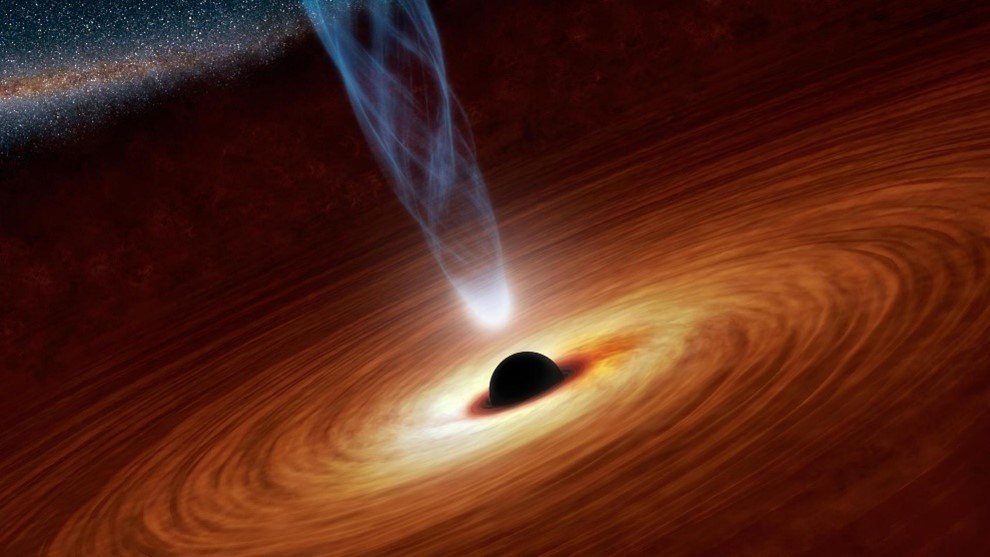 So, obviously, there’s no way we could ever dive into a black hole and possibly survive! But, of course, no person has ever actually observed or proved this as a fact (and at least lived to talk about it!).

But more importantly, these awesome objects in space—like black holes—should point all of us to our Lord Jesus Christ, who created and sustains everything in the universe by the mighty word of His power! (Colossians 1:16; Hebrews 1:3).