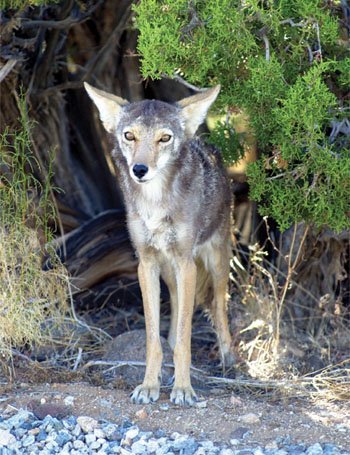 A coyote will sometimes hunt larger prey with other coyotes and with badgers. When hunting with a badger, the coyote will sniff out underground prey, and the badger will dig it up with its claws. How do coyotes know to hunt with badgers? God designed this instinct that became part of its behavior after the Fall of man since before this time, it was vegetarian.