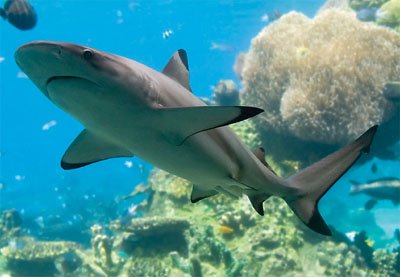 The blacktip reef shark is one of the only sharks that can jump fully out of the water. Scientists are still studying the purpose of this behavior, but they think it could be to give the shark a look at its surroundings, to show dominance over another, to court a mate, or to remove parasites from its skin. No matter what the reason, how did the shark know to do this? The information for such behavior was given to this creature by its Creator.