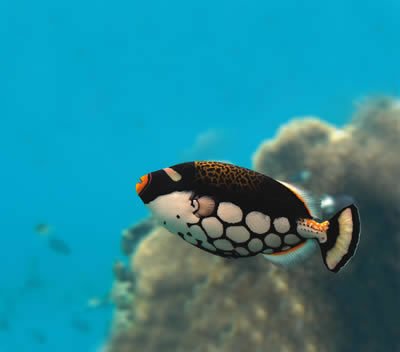 The jaws of the clown triggerfish are extremely powerful. They can break open the shells of mollusks and crabs, which they eat. This characteristic is not the result of chance, random processes of evolution; it is the result of design by this creature’s Creator.