Seashells by the Seashore

People have been amazed by colorful, shimmery seashells for a long time. One shell collection was even found in an ancient Roman town that was covered by volcanic ash nearly 2,000 years ago.

Our love of shells is no surprise. These swirly, sparkly, bumpy, ocean-sounding collectables are some of the neatest houses growing on the planet. Wait! Houses that grow?

You bet. Shells you find on the seashore come from creatures called mollusks (MALL-usks). God designed them to grow their own houses to keep safe! And their houses get bigger as they get bigger. 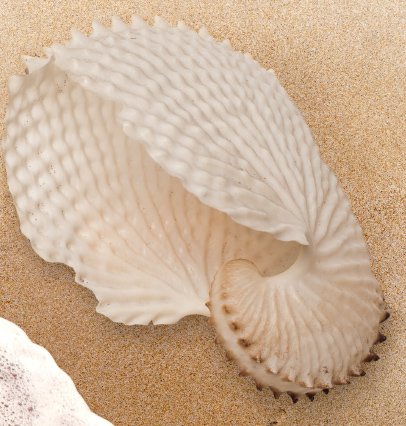 You don’t usually think of shelled animals as swift movers, but the nautilus (NOT-ul-liss) uses jet propulsion. With its special spiral shell, it can dive to depths of 2,600 feet. That’s half a mile underwater! 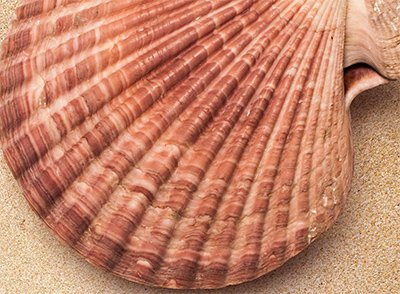 Clams and oysters have hinged shells that can open and snap shut to protect the soft-bodied creature inside. The largest living mollusk, the giant clam, can grow as big as four feet across and weigh over 700 pounds! That’s as tall as you are, and a lot heavier! 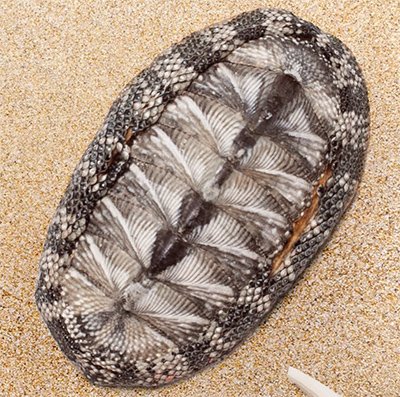 You may not be as familiar with chiton (KITE-en), also called sea cradles. These plucky creatures have eight overlapping shells that fit together like armor plates. They can even roll into a ball to keep safe. 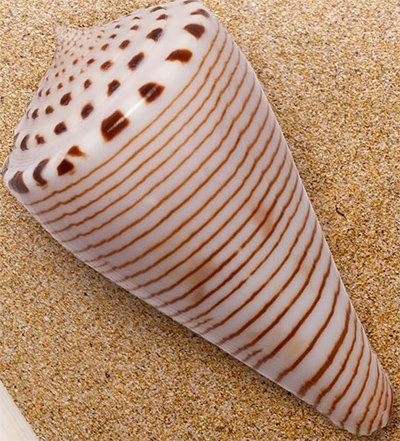 Many shells look like ice cream cones. The swirling whorls keep growing—the newest whorl bigger than the last—to protect the slugs and snails that live in them. To move or eat, the creatures can pop out of the opening, or aperture (AP-er-chur). 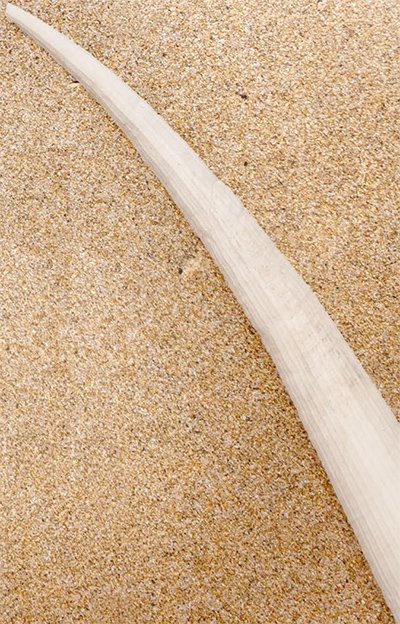 If you come across a tusk-shaped shell, you’ve found something rare. Tusk shell mollusks, or scaphopods (SCAFF-uhpods), grow their shells on the straight and narrow. Their shells are often too small to find on your beachcombing adventures. 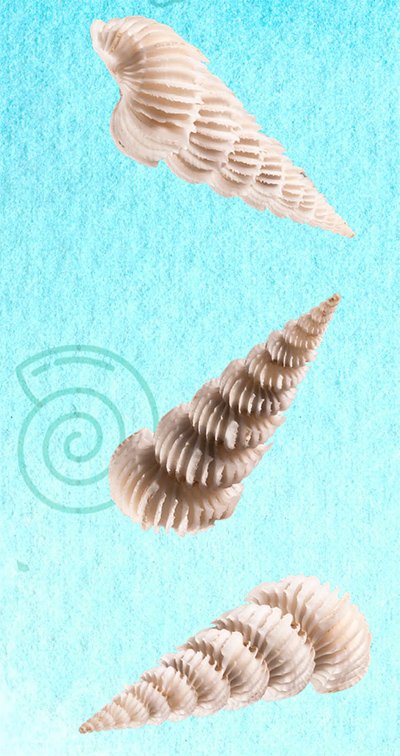 Shell collectors prize wentletraps because of the intricate ribbing. These dreaded snails hunt other hunters, such as sea anemones (animals that look like flowers)! They send out a long proboscis (like a straw) to suck nutrition from prey. 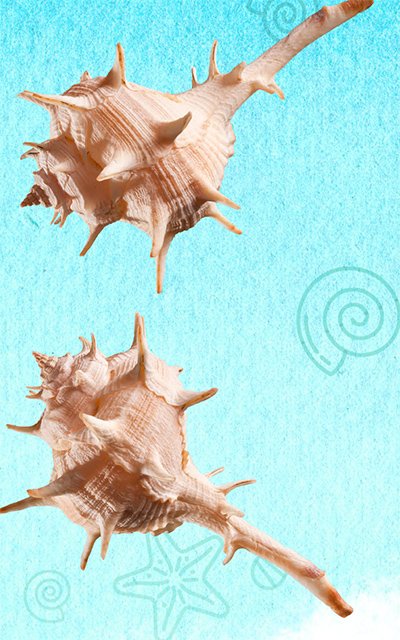 Murex, also called the rock snail, likes to eat other snails and clams. Since shells are not very tasty, it drills through the shell to get to soft food inside. Some can even secrete acid to help make the hole in the shell. 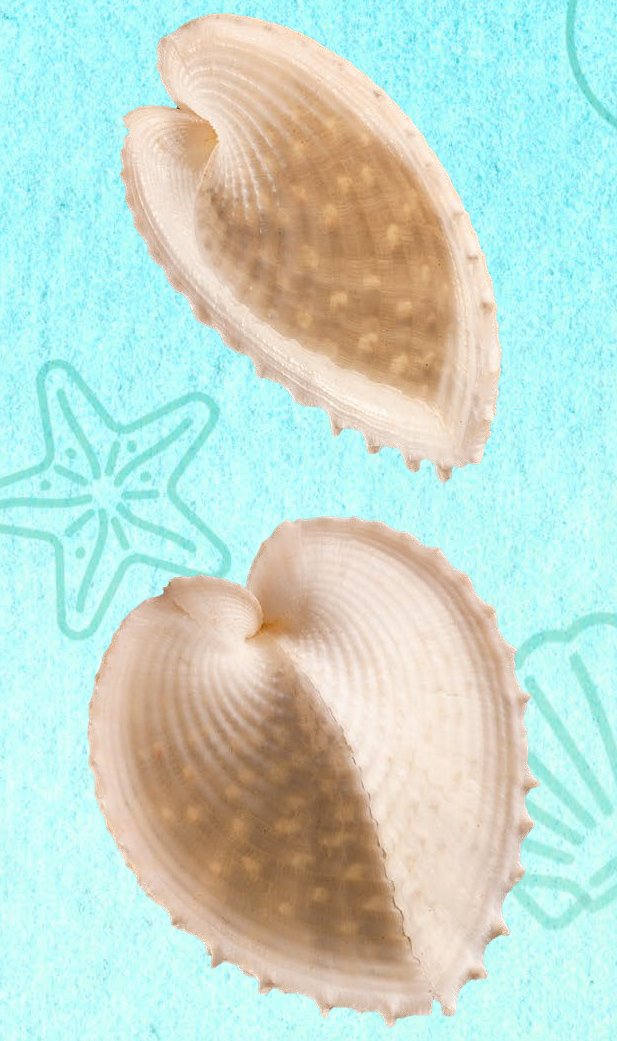 This shell is very thin and allows light to pass through, so algae like to move in and absorb sunlight through the shell. When the algae enter, the cockle actually makes little tubes for them to live in. In return, the algae provide the snail with food by photosynthesis.

Not much is known about the creature that lives in this amazing spiral shell. It’s thought to be vegetarian. They live in moderate to deep, warm water off the west coast of tropical America. This particular shell was dredged off the coast of Panama.

Snails became predators as a result of Adam’s Fall, which ruined the perfect world God created. 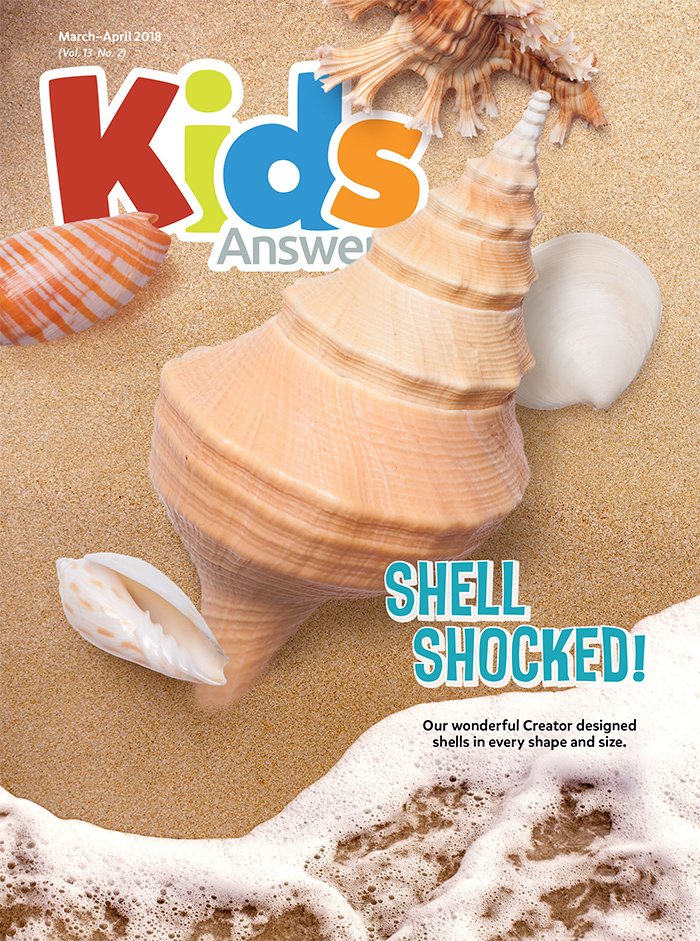 Our wonderful Creator designed shells in every shape and size.