The most prominent feature of the rattlesnake is the rattle at the end of the tail. This rattle is made of a hard substance called keratin. 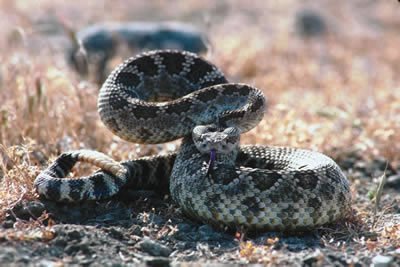 The rattlesnake is designed with hollow fangs. When the rattlesnake bites its victim, the lethal venom travels through these hollow fangs and is injected into the prey’s body. Rattlesnake species inhabit many different regions. The genetic variation given to this original kind by God has enabled it to thrive in different areas.

GENUS/SPECIES: About 30 species in two genera (Crotalus and Sistrurus)

Habitat: Desert, grasslands, and semi-arid regions of all the lower 48 U.S. states, and Central and South America