A long time ago, a crab and a kite (a type of bird) had an argument. The kite pecked the crab so hard that he broke through the crab’s shell. The crab was so mad he caused the waters of the sea to swell. They rose so much that everything on earth was destroyed, except for a brother and a sister, who survived by locking themselves in a huge chest. Because they were afraid that everything would perish forever, they brought on board two of every animal. After being inside the chest for seven days they heard a rooster crowing outside the chest (a messenger which they believed the ancestral gods had sent) and knew it was safe to come out.1 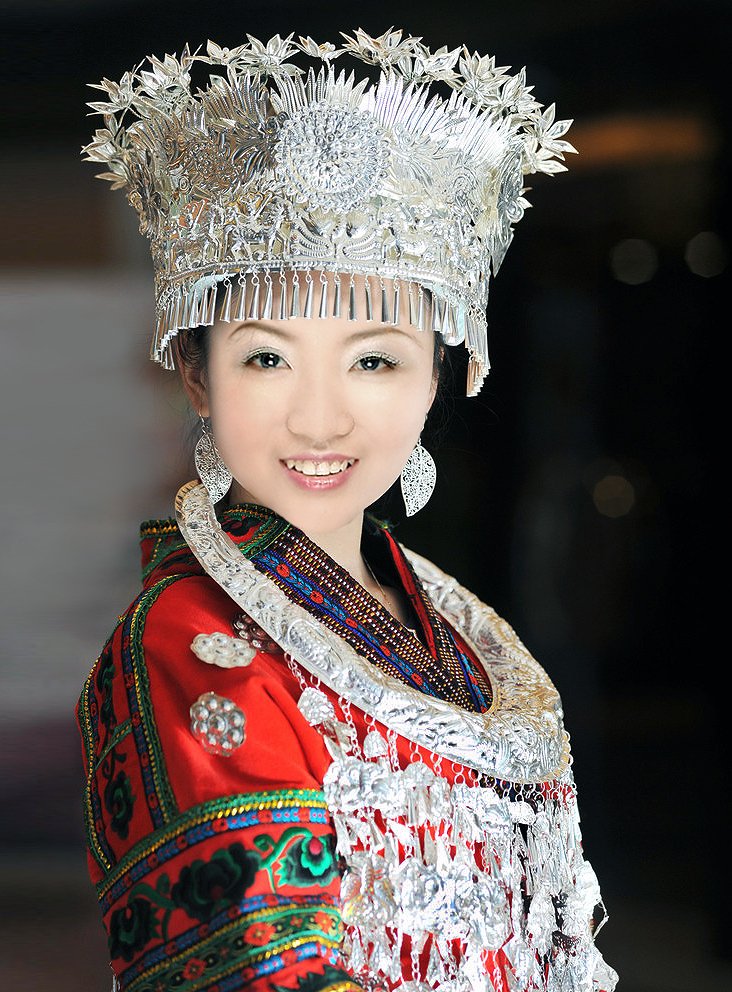 By 嚴逵 黃, via Wikimedia Commons

The Chinese Miao have no written records; instead they have a traditional oral poem that has been passed down which tells about man’s creation, his later wickedness against God, and a great flood sent as judgment. The poem (which was often sung), after recounting the creation of man, goes on to explain that Thunder was angry at man’s wickedness and sent water to destroy the earth.

These did not God's will nor returned His affection.
But fought with each other defying the Godhead.
Their leaders shook fists in the face of the Mighty
Then the earth was convulsed to the depth of three strata.
Rending the air to the uttermost heaven.
God's anger arose till His Being was changed;
His wrath flaring up filled His eyes and His face.
Until He must come and demolish humanity.
Come and destroy a whole world full of people.

So it poured forty days in sheets and in torrents.
Then fifty-five days of misting and drizzle.
The waters surmounted the mountains and ranges.
The deluge ascending leapt valley and hollow.
An earth with no earth upon which to take refuge!
A world with no foothold where one might subsist!
The people were baffled, impotent and ruined,
Despairing, horror stricken, diminished and finished.
But the Patriarch Nuah was righteous.
The Matriarch Gaw Bo-lu-en upright.
Built a boat very wide.
Made a ship very vast.
Their household entire got aboard and were floated,
The family complete rode the deluge in safety.
The animals with him were female and male.
The birds went along and were mated in pairs.
When the time was fulfilled, God commanded the waters.
The day had arrived, the flood waters receded.
Then Nuah liberated a dove from their refuge,
Sent a bird to go forth and bring again tidings.
The flood had gone down into lake and to ocean;
The mud was confined to the pools and the hollows.
There was land once again where a man might reside;
There was a place in the earth now to rear habitations.
Buffalo then were brought, an oblation to God,
Fatter cattle became sacrifice to the Mighty.
The Divine One then gave them His blessing;
Their God then bestowed His good graces.2

According to the Bahnar Flood legend, only two people survived the flood, and in the Miao version there is an unspecified number saved. The Bahnar story has many mythological elements in it, like a crab and a bird causing the world’s destruction, and the saving of the animals is a last-minute human afterthought. But in the Bible we have the real Flood account, and it shows God having mercy on Noah, his seven-member family, and all the Ark animals.