Photo by Isaac Benhesed on Unsplash

If the wallaby didn’t have such a long, thick tail, it would probably fall over on its nose. 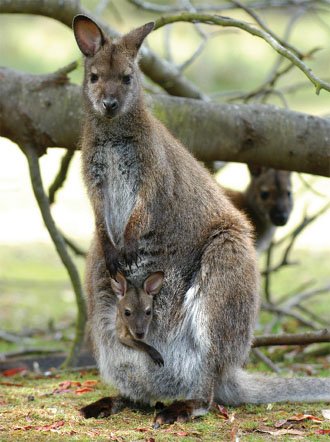 If the wallaby didn’t have such a long, thick tail, it would probably fall over on its nose. The tail is the perfect balance for the animal. For the young to survive after birth, it must make its way into the pouch where it will remain until it is fully developed. The young does not emerge from its mother’s pouch until it is about 5 months old. The female’s pouch is specifically designed to aid the joey in development and survival.