Journey Back to Bethlehem

Let’s Go on a Journey

Fire up your imagination and make-believe we’re time traveling to the past. Thousands of years whoosh by—over 2,000 years, to be exact. Finally, we arrive at our destination back in the first century: Bethlehem, on the night of Jesus’ birth.

Picture it: baby Jesus lying in a manger with Joseph and Mary by his side. Do you see a barn full of animals like cows and donkeys? Are the shepherds here with their sheep? What about the three wise men with their gifts of gold, frankincense, and myrrh for the newborn king? You might even imagine an angel close by.

If your family owns a nativity scene that you set up every December, you might think of the first Christmas just like this. But the truth is, some of those details didn’t really happen. It’s fun to use our imaginations, but we don’t have to wonder what that special time in history was really like. We can know by looking to God’s Word for answers.

Jesus’ birth is described in Scripture, such as in the second chapter of Luke.

"In those days a decree went out from Caesar Augustus that all the world should be registered. This was the first registration when Quirinius was governor of Syria. And all went to be registered, each to his own town. And Joseph also went up from Galilee, from the town of Nazareth, to Judea, to the city of David, which is called Bethlehem, because he was of the house and lineage of David, to be registered with Mary, his betrothed, who was with child. And while they were there, the time came for her to give birth. And she gave birth to her firstborn son and wrapped him in swaddling cloths and laid him in a manger, because there was no place for them in the inn." (Luke 2:1–7)

Where Was Jesus Born?

You might be surprised that the Bible’s account doesn’t quite match the stories you have heard or movies you have watched about Jesus’ birth. Often, Mary and Joseph are shown arriving in Bethlehem late at night, with Mary just minutes away from giving birth. They search desperately for a place to stay, only to be turned away by the innkeeper because all the rooms at the inn are full.

But look at Scripture again and you might notice that something—or someone—is missing. No innkeeper! So why has he become a common character in the account of the first Christmas? Well, some people who translated the original Bible into modern English chose the word inn for the Greek word kataluma. But sometimes modern readers can picture the wrong thing. Thankfully, we can learn more by looking at Luke 22:11. The same Greek word is also used here when talking about a “guest room.” You might know this room as the “upper room,” where Jesus and his disciples met for the last supper.

It’s more likely that Joseph and Mary stayed with Joseph’s family because Bethlehem was Joseph’s hometown, and the census required Jewish families to return to their hometowns to be “registered,” or counted. (A census is an official count of the people living somewhere.) Back in those days, sometimes animals were brought in at night out of the cold. Since Joseph and Mary couldn’t stay in the kataluma (guest room) because it was full, they probably stayed in a lower part of the crowded house with the animals. This also explains why there was a manger (something that holds food for animals) where Mary laid the newborn Jesus.

When Was Jesus Born?

We can find another clue about the first Christmas in Luke 2:6. While we sometimes imagine Joseph and Mary arriving in Bethlehem just in time for Jesus to be born, the Bible doesn’t actually say this is what happened. Instead, Luke 2:6 seems to hint that they had been in Bethlehem for a while before Jesus was born: “While they were there, the days were completed for her to be delivered.”

Every year we celebrate his birth at Christmas on December 25. But the Bible doesn’t tell us the exact date of Jesus’ birth, so we can only guess. Some people think he might have been born in the spring or fall, while others believe that he was born in December. Looking at Scripture and other historical writings, we can make some good guesses. But even if we don’t know for sure when he was born, we can still celebrate that he was born, just like the Bible says. 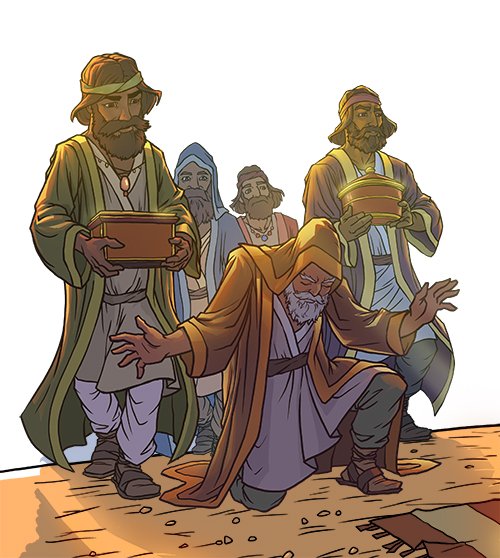 Other Questions about Christmas

Why Did Jesus Come?

At Christmas, we remember and celebrate that the Creator came to earth. John 1:1–3 tells us that Jesus (the “Word”) was in the beginning with God the Father, and everything was made through him. At first, the world was a perfect place. But when Adam and Eve sinned by disobeying God, death entered the world. Death spread to everyone, because everyone has sinned (Romans 5:12).

But God had a plan to provide a way for us to be forgiven and have eternal life. He sent his only son, Jesus, to earth so that he could die for our sins. Jesus “became flesh [human] and dwelt among us” (John 1:14). That is the true wonder of Christmas! 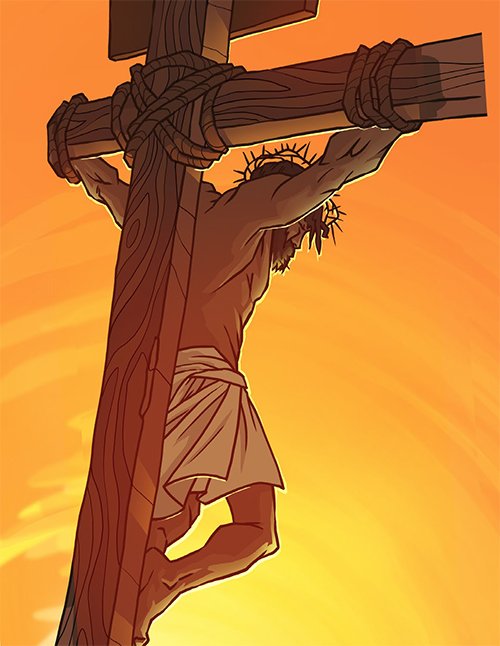 The Creator, Jesus, entered his creation and died on the cross to pay for our sins. Three days later, Jesus rose again. Now he offers forgiveness and eternal life to all who believe in him. That’s the greatest gift of all.

This Christmas, remember to thank God for his gift—and share the gift of this good news with others.

All illustrations in this article are from the popular, synchronized Sunday school curricula Answers Bible Curriculum. See AnswersBibleCurriculum.com.

Journey Back to Bethlehem 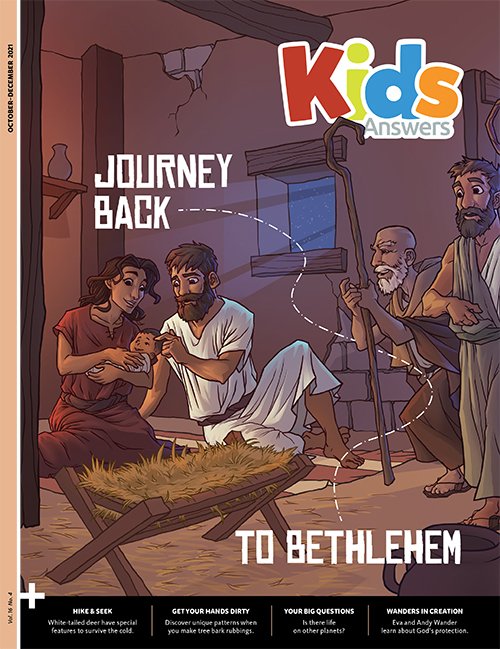 Let’s go on a journey. Fire up your imagination and make believe we’re time traveling to the past.