What Are They, Really?

This genus is composed of a group of extinct apes.

This is a group of extinct apes. Although often portrayed otherwise, australopithecines had obviously ape skulls, pelvises, hands, and feet.

Paleoanthropologists Jack Stern and Randall Sussman have reported that Lucy’s hands are “surprisingly similar to hands found in the small end of the pygmy chimpanzee-common chimpanzee range.” They report that the feet, like the hands, are “long, curved and heavily muscled” much like those of living tree-dwelling primates. The authors conclude that no living primate has such hands and feet “for any purpose other than to meet the demands of full or part-time arboreal (tree-dwelling) life.” (American Journal of Physical Anthropology 60, 1983, pp. 279–317.)

A more recent report concludes that the australopithecine jaw closely resembles that of a gorilla. See www.answersingenesis.org/human-evolution/lucy/farewell-to-lucy/. 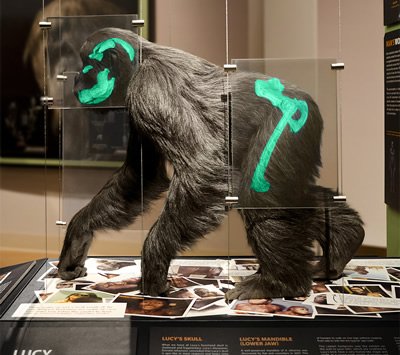 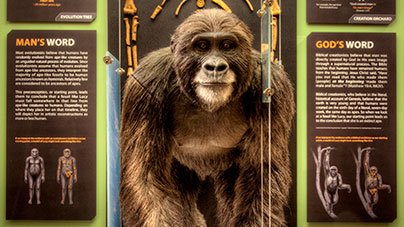 Far from being “primitive,” Cro-Magnons were early relatives of ours, fully human. Living sometime after the dispersion at Babel, this group of people knew how to build huts, make stone paving floors, construct kilns, and bake pottery. They made tools out of bone, flint, ivory, antler, and wood. They knew how to carve flutes of bone, make jewelry, and sew clothing. Their artwork (cave murals) was “worthy of a place among the masterpieces of world art” (Encyclopedia Britannica, 15th ed., volume 5, p. 291).

This was a group of our ancestors who used stone tools, made fire, buried their dead, carved rock into figurines, built shelters, and even used watercraft. Of this taxon, Professor Marvin Lubenow (who has studied the claims regarding human evolution for 30 years) writes:

This was a name suggested for some East African Homo erectus fossils.

These footprints, although linked with the australopithecines, actually belong to a human. According to evolutionist R.H. Tuttle:

Strictly on the basis of the morphology of the G prints [prints found at a site labelled “G”], their makers could be classified as Homo sp. because they are so similar to those of Homo sapiens, but their early date would probably deter many paleoanthropologists from accepting this assignment. I suspect that if the prints were undated, or if they had been given younger dates, most experts would probably accept them as having been made by Homo … .

If the prints were produced by a small species of Australopithecus (southern ape) then we must conclude that it had virtually human feet which … were used in a manner indistinguishable from those of slowly walking humans. … The feet that produced the G trails are in no discernible features transitional between the feet of apes … and those of Homo sapiens. They are like small barefoot Homo sapiens. (M.D. Leakey and J.M. Harris, eds., LAETOLI—A Pliocene site in Northern Tanzania. London: Clarendon Press, 1987, pp. 503–523.) 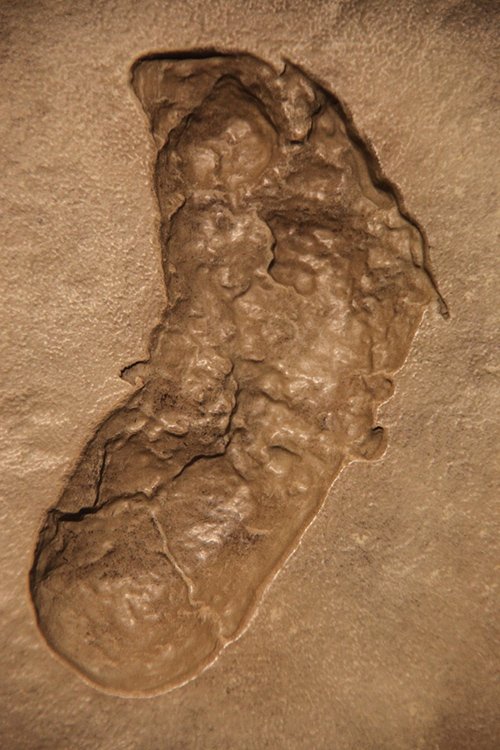 Cast of the Laetoli footprints, on display in the Hall of Human Origins at the Smithsonian Museum of Natural History in Washington, D.C.

This is an invalid taxon composed of a mixture of several species, with most of the fossils belonging to australopithecines, according to Professor Marvin Lubenow (see www.answersingenesis.org/hominids/fact-versus-fiction-the-recent-ethiopian-fossils/).

Neanderthals were fully human. According to Neanderthal authority Erik Trinkaus:

Audio Download
Previous Article Am I an Animal? Next Article Cavemen?