Good morrow, young squires! I’m Winifred the Warhorse, but all my friends call me Winnie. I’m not just an ordinary horse, you see—I’m a warhorse specially bred and trained for strength and endurance in battle.

Why can’t an ordinary horse ride into battle with a knight, you ask?

Well, back in the Middle Ages, before there were cars and tanks, battles were often fought on foot and on horseback (that’s me!). A warhorse had to be able to run while carrying a knight—with armor and a big sword—on its back for a long time. The armor that knights wore could weigh as much as 50 pounds. I also wear my own set of armor, which is heavy too! Nay, an average horse could not perform such feats. We had to be strong and able to go long distances without giving up.

Did you know that there’s a battle going on right now? We’re in a battle between God’s good kingdom based on truth and the enemy’s bad kingdom based on lies. The Bible says in Ephesians 6:10–11, “Finally, be strong in the Lord and in the strength of his might. Put on the whole armor of God, that you may be able to stand against the schemes of the devil.”

We need to be sure that we’re citizens of God’s good kingdom and that our trust is in our Creator God, who made us and takes care of us. Even though there’s a battle, there’s good news—God wins! 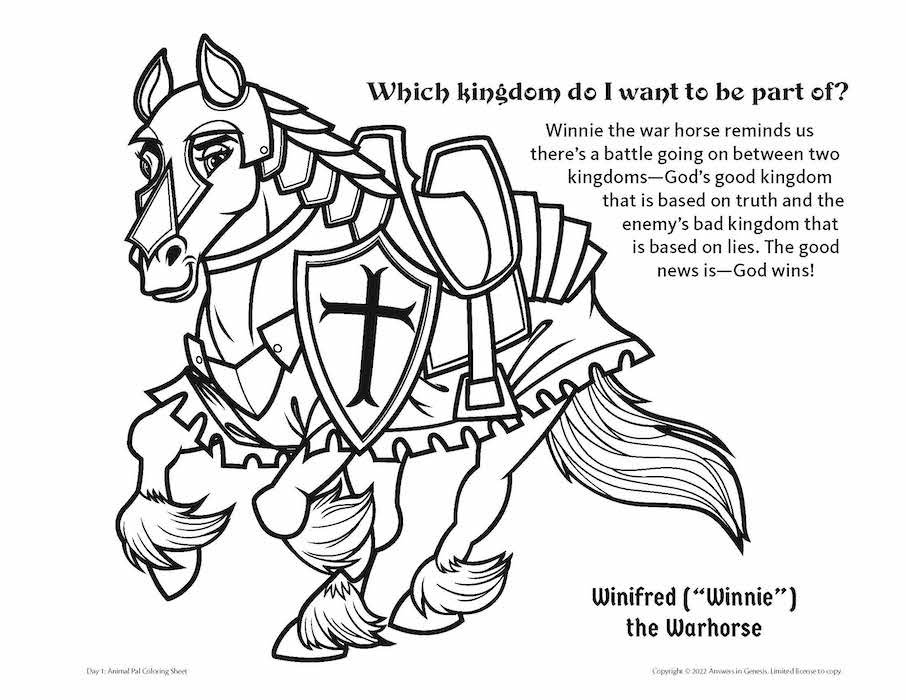