Hi, kids! I’m Grimwald the Dragon. Some people say I’m not real, but there are legends about me all over the world! Those legends make me sound super cool—and sometimes scary!

I mean, what would you think if someone told you they saw a huge reptile-like creature flying around, breathing fire, and hunting large prey? Now that’s not something you see every day, but it sounds an awful lot like a pterosaur or the fiery flying serpents the Bible mentions in the book of Isaiah.

And did you know the winged dragon most people think of isn’t the only kind that existed? There were also aquatic or sea dragons—like Leviathan described in Job 41—and land-faring dragons (better known today as dinosaurs). Isn’t that cool?

Being a dragon is awesome! One thing that makes me special is my scales—they’re basically built-in armor to protect me from enemy attacks. No swords, spears, or arrows scare me! This is like the breastplate of righteousness that children of God put on when they obey God’s Word. The devil might scheme and attack, but with God’s armor on, Christians can stand strong! 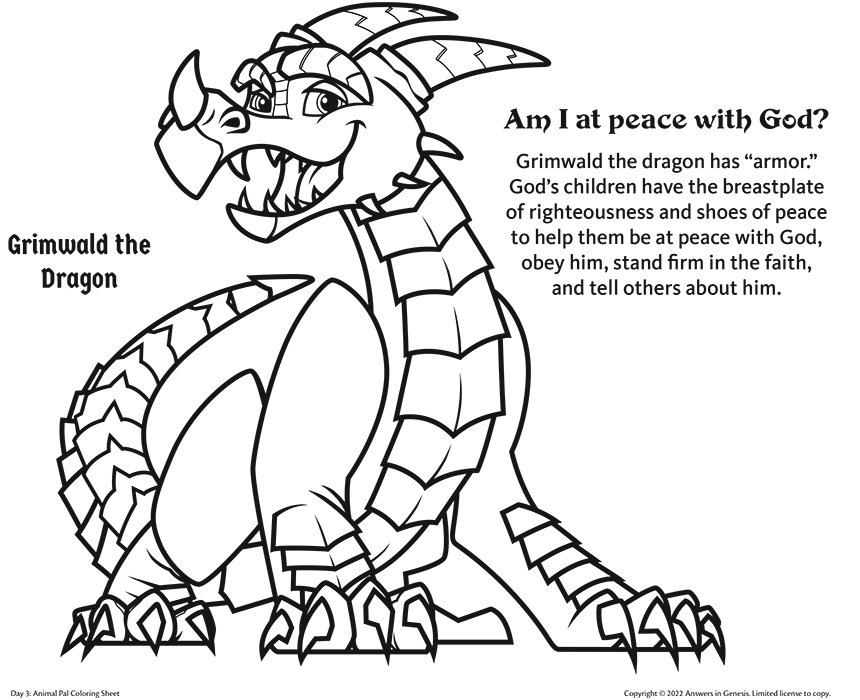