On the sixth day of creation week about 6,000 years ago, God made the first human—Adam—from the dust of the ground. (Maybe that’s why we love playing in the dirt so much now!) God didn’t want Adam to be alone, so on the same day, he made Eve from a rib in Adam’s side.

After the flood, Noah’s grandchildren and great-grandchildren refused to obey God when he told them to spread out and fill the earth. Instead, they stayed together and built the tower of Babel. Because of that, God confused their language, which forced them to go their separate ways.

Back then, there were no planes to zip people around the world. So people tended to stay with people who spoke their own language, and children and grandchildren in each family ended up with similar features.

In time, that’s why some groups ended up with the dark, medium, or light skin we see today (not to mention all the other incredible variety we see). That means we’re all different, but that’s a really great thing.

God put within the bodies of Adam and Eve the potential for all sorts of variety in appearance. That includes eye shape, skin tone, height, freckles—you name it.

Many years later, only eight of Adam’s descendants (Noah’s family) survived the global flood. But the potential for variety survived with them.

So we may look a little different on the outside, or we may talk differently, but the Bible teaches that we’re all one big family (Acts 17:26). You’re related to every single person on the earth. You may not be able to say hi to them all, but you can show love to those around you!

Why do some people have darker or lighter skin than others? You might be surprised to know that all of us have the same basic color of skin. The difference is the shade of that one skin color. The pigment in our skin called melanin (MEL-uh-nin) is responsible for the different shades of brown.

Everyone has two types of melanin: one that’s brown to black and one that’s red to yellow. The shade of our skin is determined by how much of each melanin type we have.

This Is Your Family 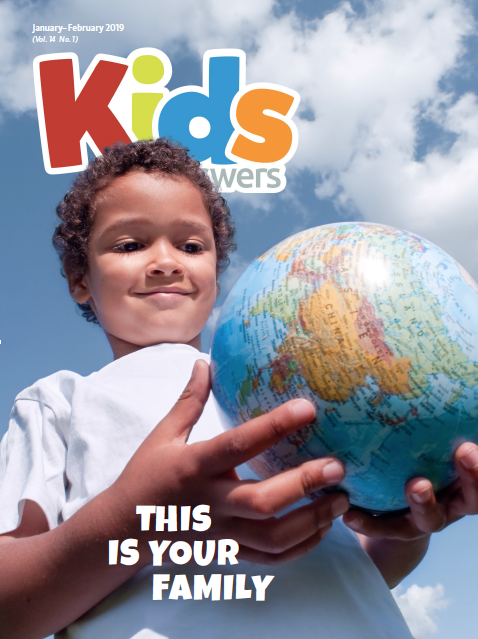 Your family is big—really big. In fact, you’re related to every single person on this planet.