When it’s freezing outside, you know better than to run out in shorts and a T-shirt. That works for the summer. But five minutes in the snow, and you’d be a kid-cicle!

What do you do? You layer up. You put on gloves, a scarf, hat, coat, and boots. Bundled up, you can stay out long enough to build a huge snowman.

But what about animals that live in the cold? They can’t go into their closets to throw on extra clothes, right? They don’t need to. God gave freezer-friendly animals nifty “cold weather gear” that keeps them running—even when the temperatures go way low.

The best winter coats have more than one layer of insulation to help you stay toasty. Animals like polar bears and killer whales have extra insulation, too. Beneath their skin, they have a thick layer of fat called blubber. This squishy blubber keeps heat in and cold out. 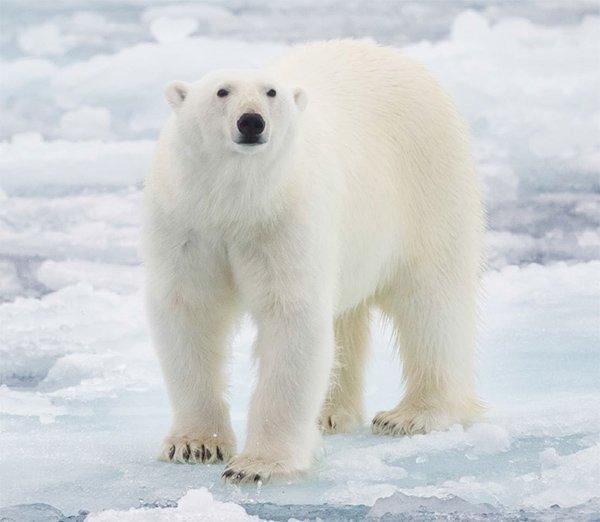 With an adult’s permission, put a big scoop of vegetable shortening over the end of your finger. Then stick your covered finger in a bowl of ice cold water. Try an uncovered finger to see the difference.

Boots work best for snowy days. They keep your feet dry and help you walk on snow. Many animals have some nifty footwear too. 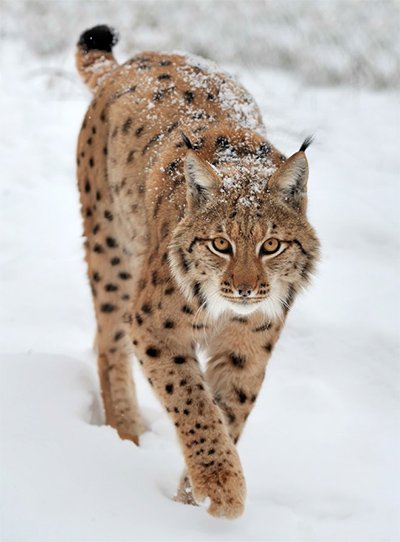 For example, lynxes that live in the Arctic have wide paws that don’t sink easily in the snow. A special bird, called a rock ptarmigan, lives in the cold of Canada and has feathers on its feet, which keep them warm and work like snow boots.

Have you heard about antifreeze in a car? It’s a chemical that keeps the fluid from becoming ice in the winter. Frozen engines aren’t much good!

Some animals don’t have fur or fat or feathers, but they have a kind of antifreeze in their bodies that works just as well. Fish, such as the sea raven and the winter flounder, have chemicals that keep their blood flowing. The wingless midge—an insect that lives in Antarctica—has special chemicals to protect it from becoming a block of ice.

The wood frog doesn’t mind long, frigid nights in Alaska because a type of sugar (glucose) builds up in its body to keep it from freezing. (Sorry . . . eating cupcakes won’t do the same for you!)

If cold days make you sleepy, you’re not alone. Many mammals survive freezing temperatures by taking the winter off. They lounge around for weeks or even months. This loooooong break is called hibernation. 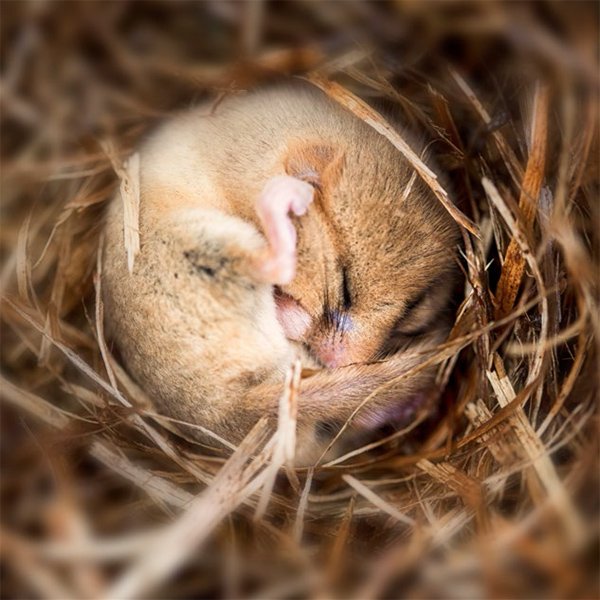 During hibernation, these mammals get nice and cozy in a safe den. Their heart rate and breathing slow down, their body temperatures drop, and they snore something fierce! (Okay, maybe not the snoring part.)

Animals that live in cold places are often white. That helps them blend in with their surroundings, but their white fur is much more than camouflage; it’s what keeps them warm. Whatever their color, different types of hairs are specially arranged to keep the heat in. 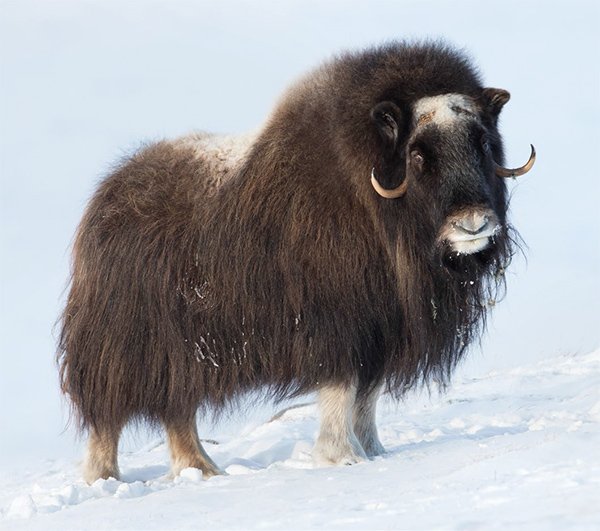 The musk ox, for example, has a thick covering of hollow hairs. Warm air gets trapped in all those hairs, kind of like wearing a warm coat, and suddenly life on the freezing tundra isn’t so bad. Even birds can fluff out their feathers to trap a cushion of air that is kept warm by their body heat.

Next Article Living in a Frozen Home

Ready for a Snow Day! 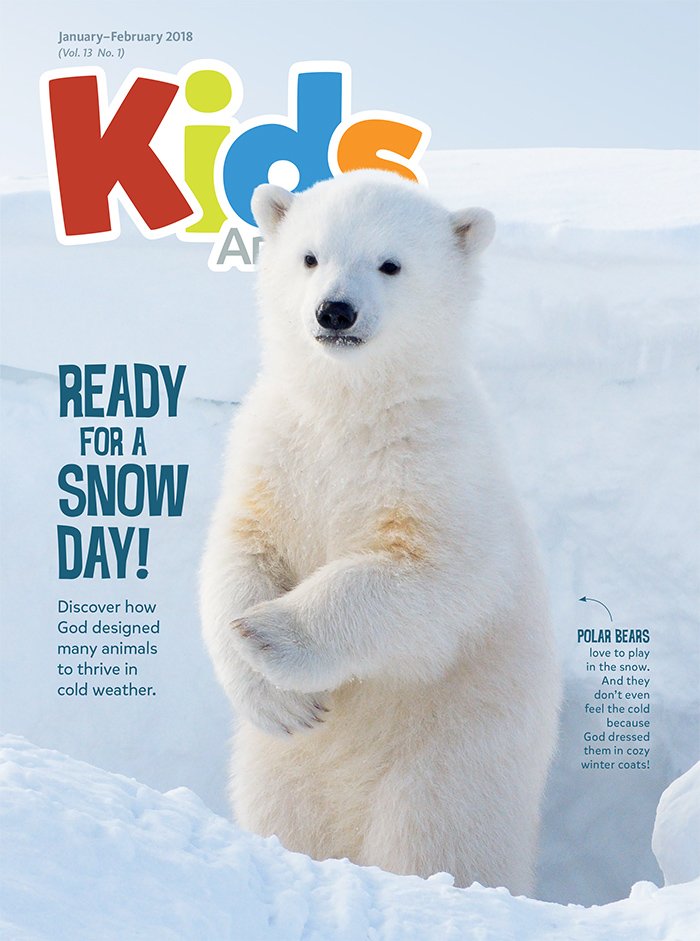 Discover how God designed many animals to thrive in cold weather.