by Stacia McKeever and Dan Lietha on December 7, 2015

“You are worthy, O Lord, to receive glory and honor and power; for You created all things, and by Your will they exist and were created” (Revelation 4:11).

What is the difference between the two piles of wood below? 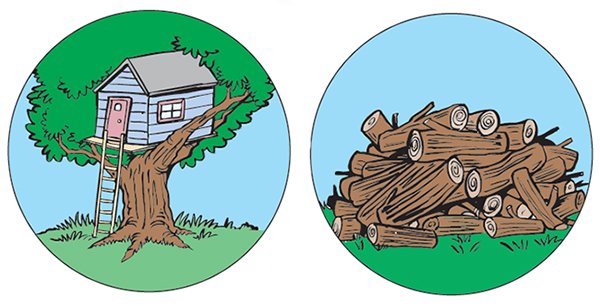 Of course, one pile of wood has been built into a tree house, while nothing has been done to the second pile of wood. Now, we all know that the first pile didn’t organize itself. Rather, someone used the information from a drawing to build the wood into something you can play in!

Just as a blueprint was used to plan the assembly of the wood into a tree house, so a “blueprint” is used in our bodies to plan the many complex systems that make us who we are. Our blueprint is called deoxyribonucleic acid (or DNA for short!). DNA stores the information needed to build our cells.

Science has shown that information can come only from intelligence. In the story above, the blueprints containing the information needed to build the tree house were drawn from the ideas of the designers. Where, then, did the information found in our cells come from?

There are those who say all things (living and non-living) came from an explosion of matter (stuff that we’re made of) billions of years ago. Over time, this matter supposedly organized itself into the many complex living creatures we see today—such as a blue jay or a daisy. However, we’ve seen that science has shown the matter cannot rearrange into high-information structures by itself.

Since the information in our DNA (which is far more complex than the information on the tree-house blueprint) can only come from a source of greater information (or intelligence), there must have been something other than matter in the beginning.

In the beginning, God!

This “other source” must have no limit to its intelligence—in fact, it must be an ultimate source of intelligence from which all things have come. The bible tells us there is such a source—God. Since God has no beginning and no end and knows all (Psalm 147:5), it makes sense that God is the source of the information we see all around us! This fits with real science, just as we would expect. 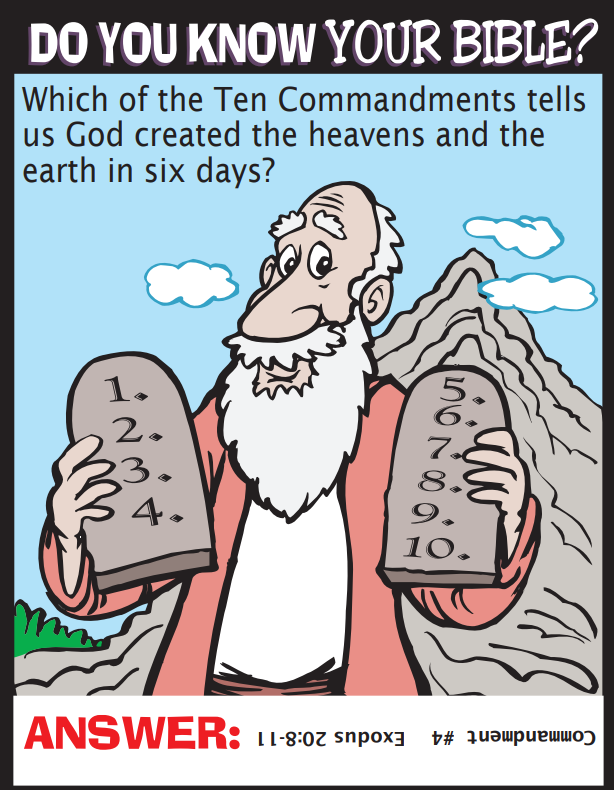 That is the correct commandment!

That is not the correct commandment! 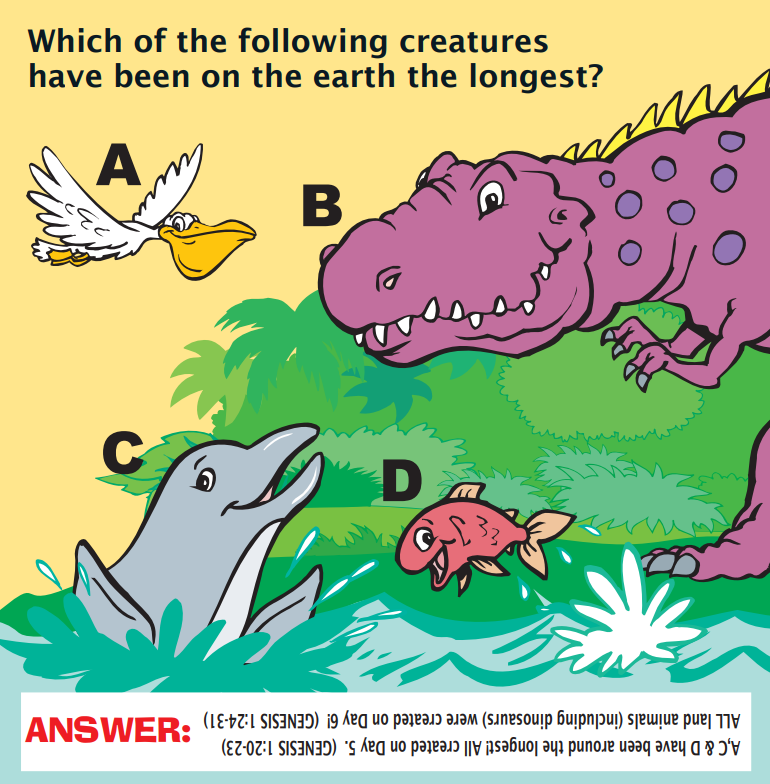 You've found all the animals!

That is not one of the animals!

These numbers stand for the six days of creation. Each of the scrambled words relates to the creation day it is found in. See if you can unscramble each word!

You unscrambled all of the words! Congratulations!

Not quite! Try again!