Welcome back, Time Travelers! We hope you had an awesome time at Time Lab, traveling to Old Testament locations, and searching for Son of God sightings. Our animal pal, Lottie the Lamb, reminds us of Jesus, the Lamb of God, who takes away the sin of the world—just as God promised in the Old Testament.

In our first Old Testament Son of God sighting, we met Abraham (Genesis 18), who was sitting by a tree when the Lord appeared to him. The Son of God promised Abraham that when he returned to visit a year later, Abraham and his wife, Sarah, would have a son. It happened just as the Lord had said! Next, we fast-forwarded to a man named Moses. The Angel of the Lord (the Son of God) appeared to Moses in the form of a burning bush and gave him a big job to do (Exodus 3). In both cases, things worked out just the way God had said they would because he is a promise keeper!

Complete the maze, picking up the words as you go. Place the words in order as you come to them and put them in the blanks below to complete today’s memory verse. 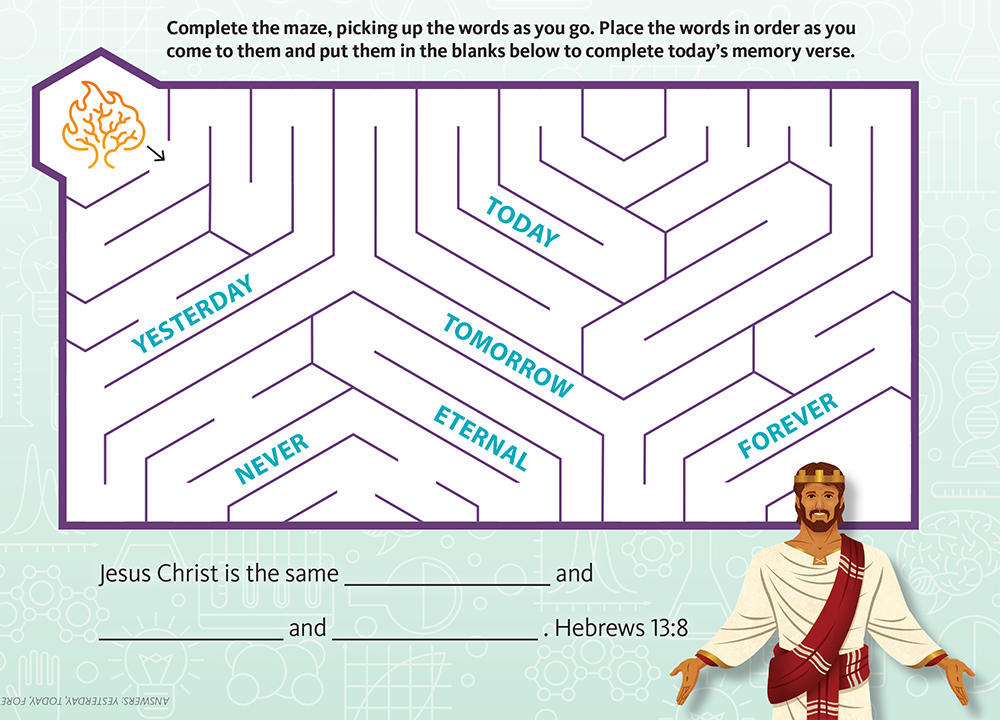 Jesus Christ is the same and and . Hebrews 13:8
Download PDF