Roger Patterson, a former high school science teacher, is the Answers Bible Curriculum manager. He is married to Becky, has three grown children, and is an avid disc golf player and fan. You can often catch Roger as a guest on Answers News, a weekly news program filmed live at the Creation Museum and broadcast over Facebook and YouTube. 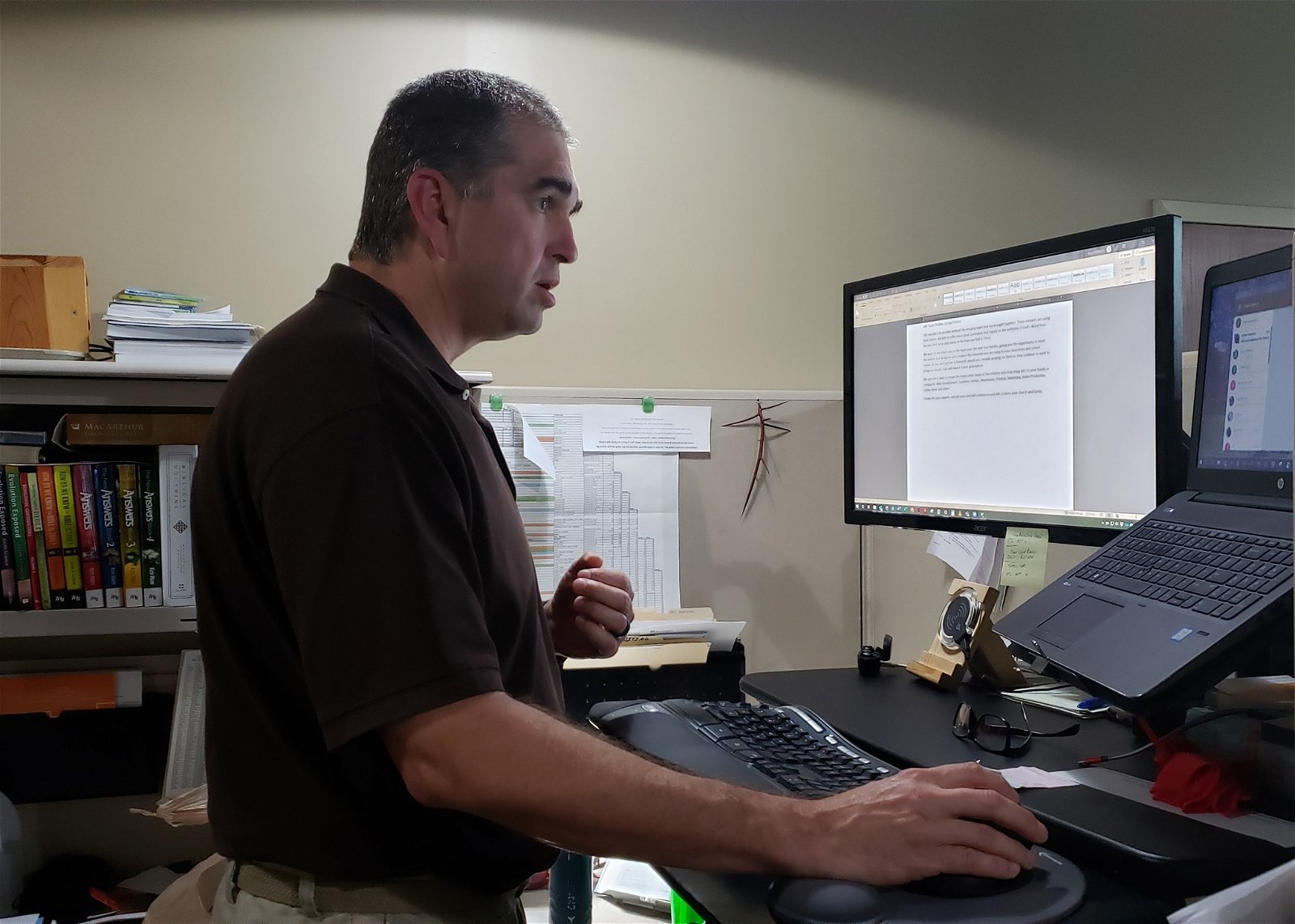 We sat down with Roger to introduce him to you:

How long have you worked on ABC? Nine years.

What is your role with ABC? I was the person originally responsible for developing the concept and structure for the first edition of ABC. I have served as the writer for the adult and high school levels, and I am currently the manager of the project, including the future digital and homeschool versions we are developing.

What is the favorite part of your job? Researching biblical content to construct the timelines used in the curriculum.

What is your favorite part of the curriculum? I can’t choose between the "Prepare to Share" sections and the timeline posters.

What is your favorite book of the Bible? Ephesians (which I have memorized).

What is your afternoon pick-me-up to keep on working? A cup of good coffee and some very dark chocolate.

Do you have a childhood memory about Sunday school? I grew up as a Mormon, so my experiences were very different, but we did have flannelgraph stories. I do remember singing "Jesus Wants Me for a Sunbeam" and shouting “BEAM” as loudly as I could every time we came to that in the song.

Thanks, Roger, for all you do and leading the ABC team so well!

Get a full month of ABC 2nd Edition!

Get 1 Free Month
Support the creation/gospel message by donating or getting involved!