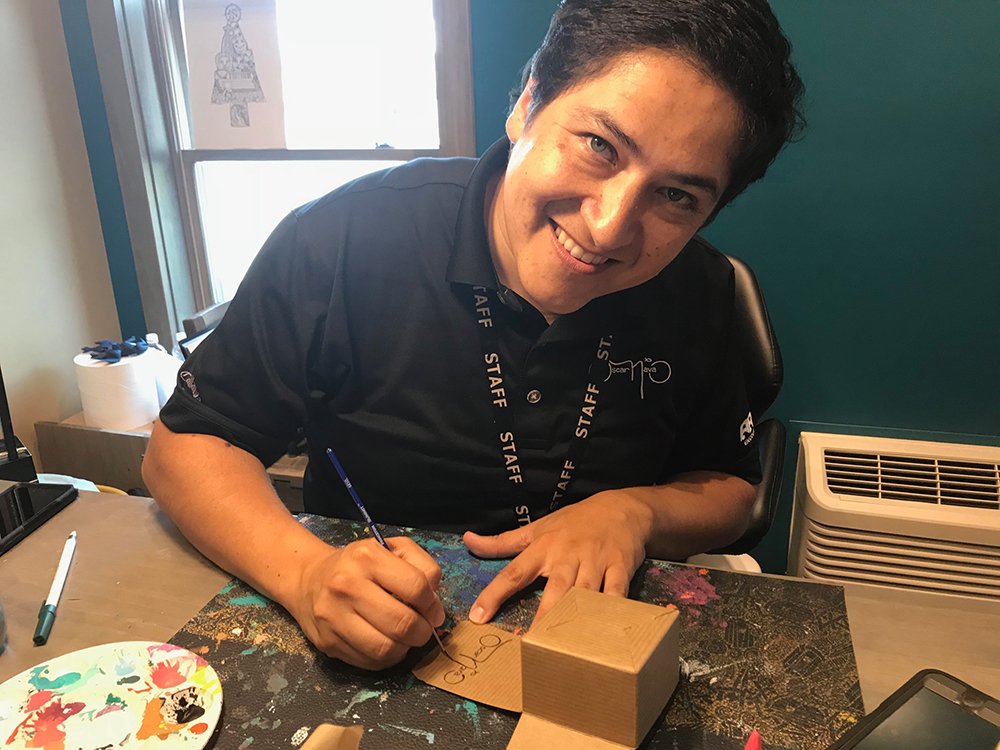 Oscar Nava was born in Mexico City, Mexico, and he has enjoyed art since he was a young child. His mother encouraged his artistic abilities.

In 1985, an 8.1-magnitude earthquake devastated Oscar Nava’s hometown, Mexico City, Mexico. The seismic upheavals and subsequent tsunami left 10,000 dead, 30,000 injured, and 100,000 homeless. For young Oscar, this emphasized the reality of the worldwide flood he’d learned about from his parents. He sees Noah’s flood as a synopsis of history—sin destroys; God saves. He’s noticed that doubt of the flood account often leads to disbelief in God, so his art focuses on Noah’s epoch.

Oscar admits, “As a child, my rambunctiousness drove my mother crazy!” She learned the only way to “tranquilize” him was with an arsenal of painting tools, sewing supplies, cooking ingredients, etc. Eventually, he worked with his father in a print shop and the joy of that ambience, coupled with the creativity encouraged at home, drew him to both graphic design and culinary arts.

His parents stocked the house with Christian resources, including a gospel film that convinced him of his need for Jesus as Savior and salvation by grace through faith. Now Oscar says his “delight is in the law of the Lord.” The film and new passion inspired him to commit his talents to God’s glory.

Oscar has been through many trials, including a recent battle with cancer. But this highly skilled artisan continues to honor his Creator. Besides helping design Ark Encounter exhibits, Oscar has designed a beautiful line of elaborate gift items that serve as reminders that just as God saved Noah, he saves us today through faith in Jesus Christ.

With vivid colors and shapes, Oscar Nava incorporates traditional Mexican art and culture into his artwork. Through his painting and sculpting, he highlights the extraordinary beauty of creation for God’s glory. These beautiful gift items are replicas of his hand-painted art design.