Responding to Those Who Deliberately Overlook Creation and the Flood

The pervasive influence of unbelievers is a force that demands an answer from the body of Christ. This book offers a strong defense for biblical authority equipping believers to stand firm, preach the truth, and make disciples.

“The reality of the biblical account of the Flood is that it is a horrifying account of judgment but also one of glorifying redemption.”

The scoffers of Peter’s day were very much like modern-day skeptics in that they deliberately overlook the facts of biblical history. The cost of their unbelief is catastrophic even within the Christian church. Author Simon Turpin, the executive director of Answers in Genesis in the U.K., prepares us to confidently counter the philosophical bias of scoffers by:

Scoffers gives today’s Christian families and leaders a strong defense for the authority of God’s Word helping the Church to “withstand in the evil day, and having done all, to stand” Ephesians 6:13. 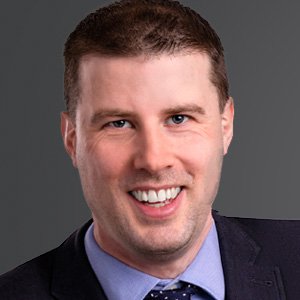 Simon is the executive director and speaker for Answers in Genesis–UK. Simon is excited about the opportunity that the Lord has opened for him with AiG–UK in spreading the importance of creation apologetics, biblical authority, and the gospel. He holds a BA and MA in theology.

Too many church leaders have wittingly or unwittingly undermined the authority of God’s Word in Genesis, which has contributed to considerable damage generationally to the church and its effectiveness in the culture. In his book Scoffers, Simon Turpin uses his theological training, in-depth biblical research, and vast experience in the creation apologetic ministry to challenge those who would reject the Genesis account of creation and the Flood as literal history. A fresh approach to give needed understanding to God’s revelation in Genesis, the age of the earth, and the promise of the final glorious redemption of creation. Another unique publication all Christians should devour.

In this book Simon shows why the events of creation and the global Flood are crucial to understanding the message of the Bible, especially the Gospel of salvation. The warnings given in the second letter of Peter are very relevant for today

—Stuart Burgess, Professor of Engineering Design at the University of Bristol (UK)

This book shows in crystal clear reasoning that if we accept the authority of God’s Word as believers, and in particular the second epistle of Peter, then we must accept the supernatural creation of the world followed by the historical global, catastrophic Flood which is taught clearly in this epistle. Simon Turpin shows first the canonicity of 2 Peter and then using 2 Peter itself argues that the growing heresy within the church of believing Genesis to be a non-historical myth is precisely what Peter is warning would happen in the last days. Turpin rightly argues that these very days of apostasy are marked by many in the evangelical community not accepting the authority of Genesis, and that this is linked with an unbelief in the coming judgement upon the world and the Return of Christ. All Christian leaders need to read this excellent book, written by one who is a well-trained theologian