All You Need to Know About the Bible Book 5

Sense as Well as Faith

Those who believe the Bible, have ‘sense as well as faith’. Some of the most brilliant minds in biblical scholarship, both in the past and today, have already answered the growing disbelief in the Bible. Their conclusions, and many more, are presented. Evidence from archaeology and how to respond to the supposed errors will enable a Christian to be confident in the accuracy and harmony of the Bible.

The strong evidence and the repeated conclusions so far in this series that the Bible is a unique revelation from God, and therefore is wholly trustworthy in both its history and theology, inevitably invites strong criticism from those who recognize that to accept this claim demands obedience to the Bible. Book 5 begins by tracing the history of Biblical criticism. What were the influences, in every academic discipline, that pressed forward a destructive view of the Bible? What have been the strengths and weaknesses of evangelical Christians in facing a continuing onslaught against biblical accuracy?

It is encouraging to move from this negative information to the positive of what some of the most brilliant academics in the world of biblical archaeology have concluded. In chapter 2 the focus is on some for whom the force of truth radically changed their earlier opinions. The focus, however, is on two great scholars who died some years ago but whose work still speaks powerfully of their challenge to those who question the historical accuracy of the Bible. Their conclusions have been confirmed, but not surpassed, by modern scholars. A commitment to biblical authority is a commitment to sense as well as faith, and no Christian needs to be ashamed to quote from the two outstanding scholars, Professor Robert Dick Wilson and Sir William Mitchell Ramsay. Some of the best evidence from their prolific writing after a life-time of research is given in this chapter.

Wilson concluded, ‘I try to give my students such an intelligent faith in the Old Testament Scriptures, that they will never doubt them as long as they live. I try to give them evidence…I have now come to the conviction that no man knows enough to assail the truthfulness of the Old Testament.’ For his part, Ramsay affirmed, ‘Christianity did not originate in a lie, and we can and ought to demonstrate this, as well as to believe it.’

Chapter 3 focuses on the clear archaeological evidence supporting the accuracy of historical statements in the Bible. This has been done many times before but here — and in the Day One publication, Evidence for the Bible — the subject has been brought right up to date. Few of those who dismiss the Bible are aware of the vast amount of evidence, accepted by archaeologists of every persuasion, that supports even some of the most detailed statements in the Bible. One undisputed master of his discipline, the study of cuneiform texts, concluded, ‘Archaeology, correctly understood, always confirms the accuracy of the Bible.’ Some of this evidence will be found in this chapter.

However, alongside the foolish accusations made by unthinking critics of the Bible, there are serious questions to be answered. The challenge of those apparent errors and contradictions that are found occasionally — and only occasionally — in the Scriptures, must be answered. Under the heading ‘guidelines for combat’, a chapter presents some of the principles that the Christian needs in understanding how to respond. Christians need not be afraid to face up to such questions as: ‘Do we need to defend inerrancy anyway?’, ‘Is harmonizing justified?’, ‘Does an understanding of “progressive revelation” help us?’, ‘Do we have the actual words of Jesus?’ and even, ‘Are there lies in the Bible? The chapter also considers alternative ways of responding to the critics — some wise, some unwise.

Finally, examples of the obvious, and less obvious, possible errors and contradictions are considered. These can only be typical and will certainly not cover all instances; however, in presenting possible solutions, some important principles are discovered that will equip the Christian for answering the critic. It is important to remember that the Christian does not have to have a proven answer to every criticism, it is sufficient for a reasonable answer to be given. Not one of the narratives in the Bible tells us everything that took place, and the records of conversations and instructions, whether by Jesus or anyone else, are certainly not necessarily transcriptions of everything that was said. It is therefore sufficient to be able to offer a reasonable explanation. Book five provides much frontline evidence for Christians to use in their defense of the inerrancy of the Bible and, just as important, some of the important principles to keep in mind in any discussion on the subject.

As the series draws to a close, in the final book it is vital that we never look at the Bible simply as a book to be attacked or defended. The Bible is not a battlefield but the pathway into life. For this reason, the last book in the series is entitled Enjoy your Bible! The best way to read our Bible, how to understand it with sound common sense, and how we can read it in its historical context will encourage us to spend more time with God and his word each day. 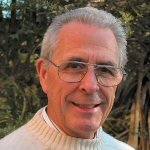