Correcting Our View of Race

We’re all descended from Adam and Eve. So where did all the diversity in our skin shades come from?

Turn on the news, open a newspaper, or scroll through social media. You’ll see that racial tensions continue to plague our world as people discriminate against others based primarily on physical features. This is not surprising when cultures reject God’s Word as the basis for truth.

Evolutionists promote the idea that the “races” we see today evolved from ape-men ancestors in Africa. This leaves open the possibility that some “races” may have evolved to different levels of intellect, physical abilities, or other traits. The Bible, on the other hand, reveals that all humans descended from one set of parents and that the people groups of the world can be explained through the events in Genesis 11. Without a foundational understanding of origins from a biblical perspective, our view of race will be skewed.

Noah and the Ark

The genealogies in Genesis reveal the real history of the human race. People multiplied from Adam and Eve and with them their sin nature. God saw the tremendous wickedness upon the earth and told a man named Noah to build an ark because God was sending a global flood. Noah and his family alone were spared, along with the animal kinds that boarded the ark. All other humans and land animals were destroyed in the global catastrophe. Since Noah and his family were the only humans preserved from the judgment, our genetic diversity can be traced back to those eight people on the ark.

After the global catastrophe, Noah’s descendants multiplied, and they became increasingly sinful. At the tower of Babel, humans once again rejected God’s Word by building a tower and refusing to spread throughout the world (Genesis 11). Seeing humanity’s disobedience, God confused their language. Entire groups suddenly struggled to communicate with each other. As these language groups isolated themselves into different parts of the world, they formed small gene pools with less genetic variation. Each group had a different mix of genes for various physical features, and because of the small gene pools, specific characteristics like skin shade and eye shape became dominant.

People often assume that humans are divided into vastly different groups made of different colors. Remember that Sunday school song “Jesus Loves the Little Children of the World”? One line states, “Red and yellow, black and white, all are precious in his sight.”

A quick lesson in basic genetics will explain why this song’s reference to skin color doesn’t add up. All humans have brown pigment in their skin called melanin. People with dark skin have lots of melanin, and those with light skin have little melanin. We’re all the same color, just different shades.

The Bible never uses the word race, but it does mention that we are “one blood” (Acts 17:26, NKJV)

The Bible never uses the word race, but it does mention that we are “one blood” (Acts 17:26, NKJV). We all can trace our ancestry back to Noah and his family and then back to Adam and Eve—which means we are all related.

All humans identify with Adam not only in his humanity but also in his sin nature (Romans 5:12). God revealed through the Apostle Paul that “just as sin came into the world through one man, and death through sin, and so death spread to all men because all sinned” (Romans 5:12).

However, Jesus Christ became a descendant of Adam to die for the descendants of Adam (Romans 5:17). Because of Christ’s sinless life, death, burial, and resurrection, we are able to put our trust in him for eternal life and await the promise of a new heaven and new earth.

Those who reject Christ will face eternal punishment. But those who have put their faith in the one whom the Bible calls the last Adam—Jesus—will receive forgiveness and escape the consequences of sin and death. The redeemed from every tribe, tongue, and nation, all with a beautiful variety of physical features, will worship around the throne of heaven (Revelation 7:9).

Every human on the planet today descended from Noah’s three sons who got off the ark (Genesis 9:19). The Bible documents that their descendants spread across the earth. 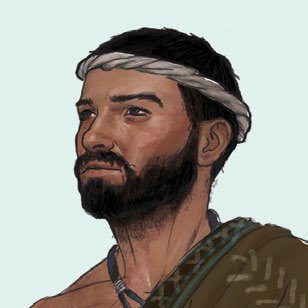 Shem’s descendants settled much of the Middle East and portions of Iran and India. 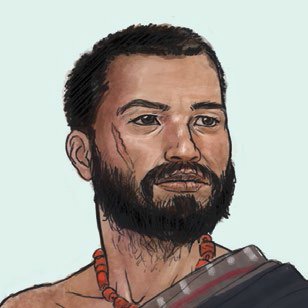 Ham’s descendants settled parts of the Middle East, such as Israel, as well as North Africa and China. 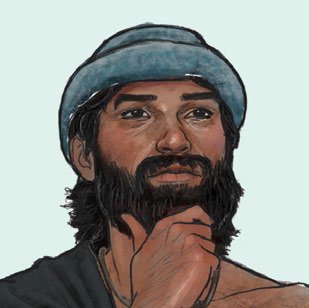 Japheth’s descendants settled Europe (including Greece and Spain) and Russia (including Siberia).

David Chakranarayan is pastor of Cross Point Church in St. Leon, Indiana. He was formerly the international director at Answers in Genesis where he spoke on biblical authority around the world and managed various translation projects. Currently he is a child advocate at Compassion International.