Ask a Baraminologist: Mammals and Dinosaurs

Hey, kids, welcome back to our series “Ask a Baraminologist”! Please keep the questions coming. I will get to all of them as soon as I can. This week we will be answering multiple questions with a variety of themes.

Our first question comes from Madeleine, who asks, “Was Beowulf a behemoth or leviathan such as stated in Job 41?”

Great question, Madeleine. And I appreciate you letting me know that you needed an answer quickly. I wear multiple hats at Answers in Genesis, so it helps to know what I need to prioritize. When you say Beowulf, I presume you mean either Grendel or Grendel’s mother who are the narrative’s monsters. Beowulf kills both of them. From the description of Behemoth in Job 40, it is clear that neither of the monsters from Beowulf can be Behemoth. Behemoth is pretty clearly a sauropod dinosaur, which ate plants, while the monsters from Beowulf are carnivorous. Leviathan is a possible candidate since it was a carnivore. Grendel cannot be a Leviathan, as Leviathan is a water creature (but Grendel may have been a juvenile type of allosaur or tyrannosaurid). However, Grendel’s mother could be a Leviathan as her lair is underwater.

It might be objected that Grendel’s mother cannot be Leviathan if Grendel is not. However, it is important to remember that the writer of Beowulf was not a modern biologist. It is quite conceivable that two unrelated creatures that happened to share features (carnivorous, large, aggressive, etc.) would be considered related at the time the poem was written. So it is conceivable that Grendel’s mother might be an example of a Leviathan. We can’t be sure, but it is possible. Hopefully that helps you.

Our next question comes from Richard, who asks, “Are babies like animals before they are born?” 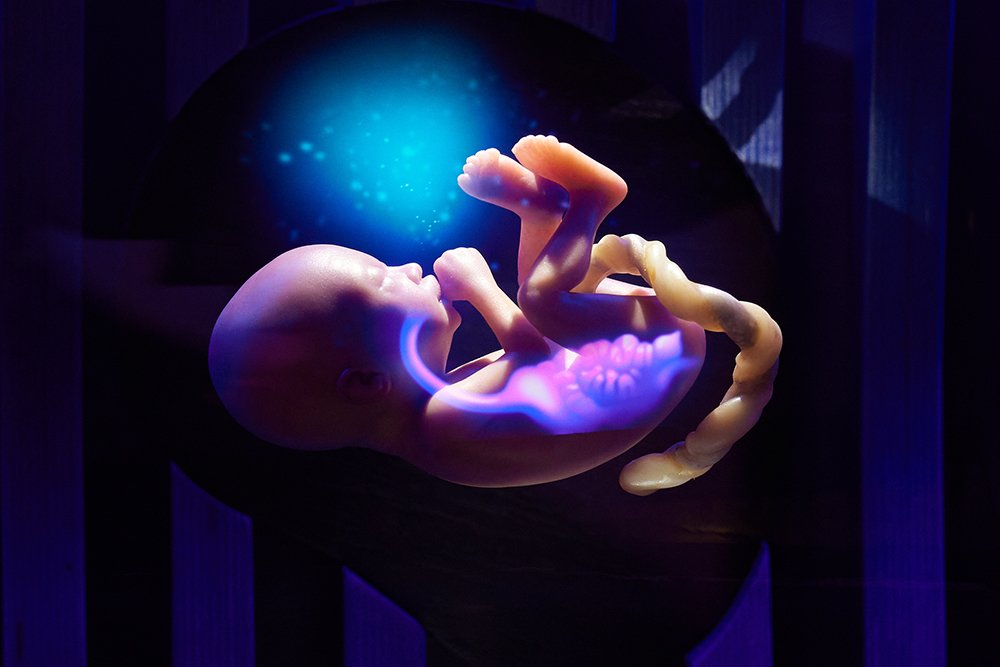 A human baby at 18 weeks of life

Great question, Richard! This question tells me you have been exposed to something called embryonic recapitulation. Those are big words, but basically this is the claim that humans go through a repeat of evolution while they are inside their mom. This idea was first advanced by a German scientist named Ernst Haeckel in the 1800s. It was a lie from the beginning. Haeckel presented edited drawings to make human babies look like animal babies. It has been known to be a lie for something like 150 years. However, it was still presented to me in my graduate school class just last year, and none of my classmates questioned it. I’m glad you asked the question instead of just believing it! So, in short, no, humans are not like animals before they are born. They are humans from the moment of fertilization.

Our third question comes from Roderic, who asks, “Are otter’s related to badgers and weasels?”

Awesome question, Roderic! So, I could just point you to my article from a few weeks ago about the Mustelid kind which is the kind all three organisms you mention are listed in. However, I want to add some context. The best way to determine which organisms are in the same kind is through hybrid experiments. Many weasel species can breed with other species of weasels. Several otter species can interbreed with each other as well. So it seems clear that all weasels are the same kind, and all otters are the same kind. But are they related to each other or to badgers, or both? Well, according to our “Ark Kinds” article1 in the Answers Research Journal, the answer is yes. However we lack enough crossbreeding data to be sure. This kind (or group of kinds?) is one of my favorites, and I am working on some projects that I hope will eventually answer this question.

Our final question comes from Kaleb, who asks, “I’ve heard about the spectacled Bear it mostly eats plants, fruit, and insects, but on occasion they will kill livestock, rodents, birds, and tapirs. Here are my 3 questions: Where exactly do they live? Do they coexist with pumas and jaguars? How do they attack their prey?” 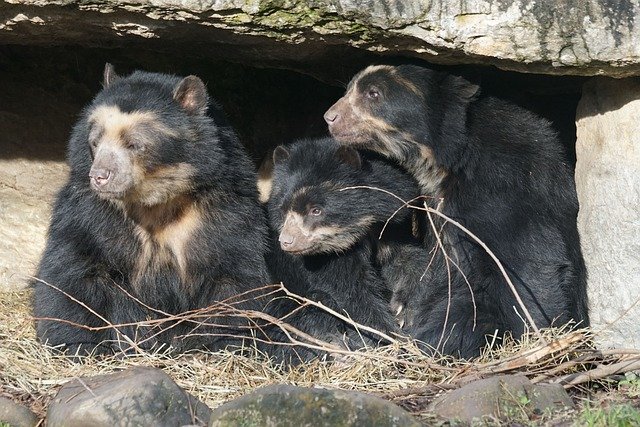 Awesome questions, Kaleb! The spectacled bear lives in the western part of South America in the Andean mountains. In certain areas of their range they do overlap with both pumas and jaguars, but in other places they do not. Pumas are the only real threat to the cubs. Spectacled bears are members of the bear kind and, as such, exhibit behaviors similar to other bears. If you have ever watched a documentary on grizzly or polar bears, their behavior, including their hunting, will be similar. Unlike those bears, however, they spend time in trees sometimes. In this way, they are more like American black bears. They are usually considered docile and inquisitive around humans, unless it’s a mother with cubs. If a mom has cubs, anything or anyone disturbing her is considered a threat.

I hope these answers help you and are a blessing to you. Please feel free to keep sending in the questions—I’ll get to them as soon as I can! If you have a question, ask your parents to help you submit it here.