Ask a Baraminologist: Aftermath of the Fall

Hey, kids, welcome back to our series “Ask a Baraminologist”! Please keep the questions coming. I will get to all of them as soon as I can. This week we will be answering multiple questions with an aftermath of the fall theme.

Our first question comes from Kaleb, who asks, “Are there vegetarian spiders? And if so what plant do they eat?” 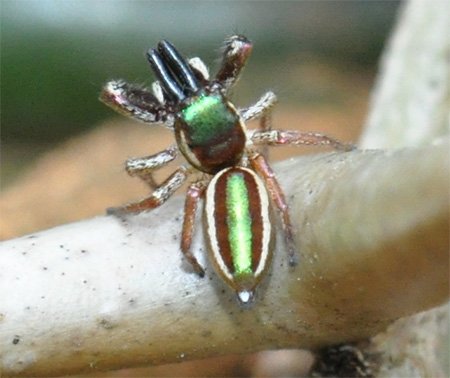 Awesome question, Kaleb! There are around 40,000 species of spiders in the world so it would seem reasonable that some might be vegetarian. However, as it turns out, there is only one species that is vegetarian. That species is Bagheera kiplingi, a jumping spider from Central America. It is sexually dimorphic with both males and females being colorful. It lives on trees from the Vachellia genus, which are closely related to the more well-known Acacia trees. These trees produce special structures called Beltian bodies, which are loaded with proteins and fats. Somewhere around 90% of their diet comes from these trees, though they are known to periodically eat nectar, each other, and insect larva. So even this species is not strictly vegetarian, but it’s the closest spiders come to being true herbivores in the present. Of course in the beginning, spiders may have been completely vegetarian if insects are considered alive in the biblical sense (which is open for debate).

Our next question comes from Avonlea, who asks, “Why did God make fish different kinds?”

Great question, Avonlea! The exact reason God made multiple kinds of fish is not stated in Scripture. However, I think we can infer a few things. First of all, the different kinds are specialized for different environments. God created many types of habitats, and he wanted the animals to fill the earth. However, some fish—like tetras or mackerel—prefer to live in groups in open water. Others—like darters or frogfish—prefer to stay on the bottom. God knew that different habitats would need different types of fish to live in them. However, I think we can also infer that God likes diversity and beauty. Animals and plants are incredibly diverse and beautiful. Humans, made in God’s image, also love beauty. So I think it is possible that, since God made the world for man to inhabit, he made it in such a way that man would enjoy it. 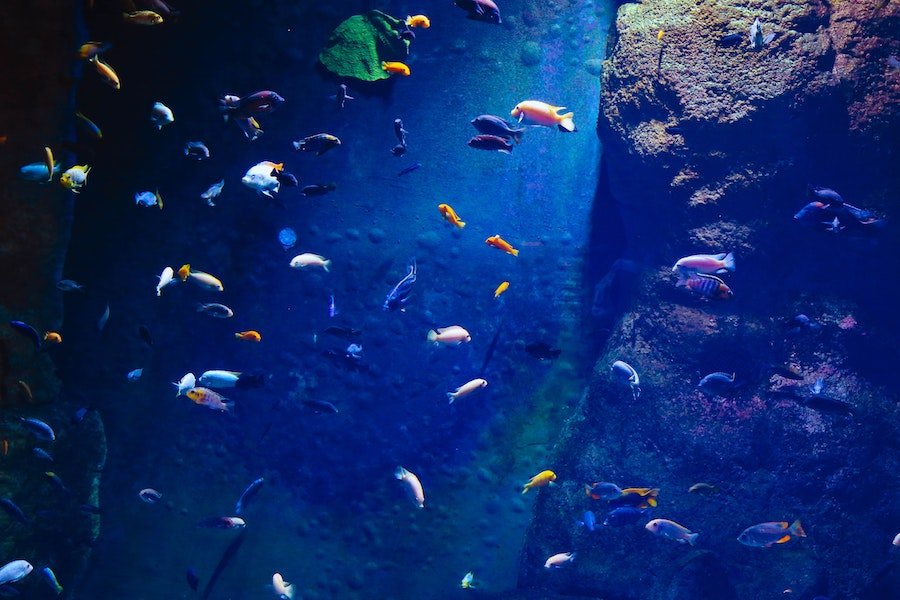 Photo by Nastya Dulhiier on Unsplash

Our third question comes from Izek, who asks, “Why did God create piranhas if they eat people? 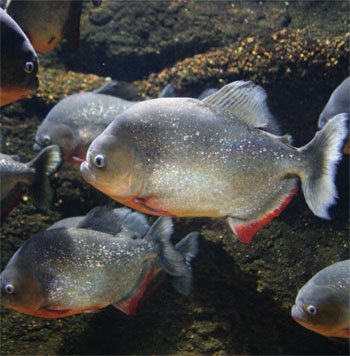 Good question, Izek! It turns out that, in the beginning, God created everything to eat plants. He tells us this in Genesis 1:29–30. So in the beginning, piranhas ate plants. Most likely they ate fruit that fell into the water, water plants, and algae. Indeed, even today piranhas are at least partially herbivorous. They eat seeds, plants, fruits, and algae alongside small fish. It is very rare for a piranha to kill a human, though attacks do happen somewhat regularly during the dry season in South American rivers.

Our final question comes from Juliet, who asks, “Do you think the leviathan represents Satan?”

Awesome question, Juliet! The word “Leviathan” appears in multiple places in the Bible. Most of the time it appears, it obviously refers to a literal animal. The majority of Job 41, for example, refers to Leviathan in a literal way. There is, however, one passage where “Leviathan” might be used to personify Satan. That is Isaiah 27:1 where God says he will punish the dragon in the sea. Whether this refers to Satan or not is subject to debate among scholars. However, even if it does, God is using a real creature to represent Satan. Leviathan is not merely a literary device to represent Satan. It was a real creature.

I hope these answers help you and are a blessing to you. Please feel free to keep sending in the questions. I’ll get to them as soon as I can!