Are Astronauts Weightless in the Crafts?

Thanks for your great question, Charlotte! I also really like Jupiter! The largest (gas giant) planet in the solar system is definitely awesome! I used to be involved with a NASA mission, part of NASA’s New Frontiers Program, that launched the Juno spacecraft to Jupiter.1 This is a cool mission because it helps us observe and better understand (in the present) this amazing gas giant that was created by God on day four of creation week! And it helps us to see more of God’s glory in the heavens! (See Psalm 19:1.) 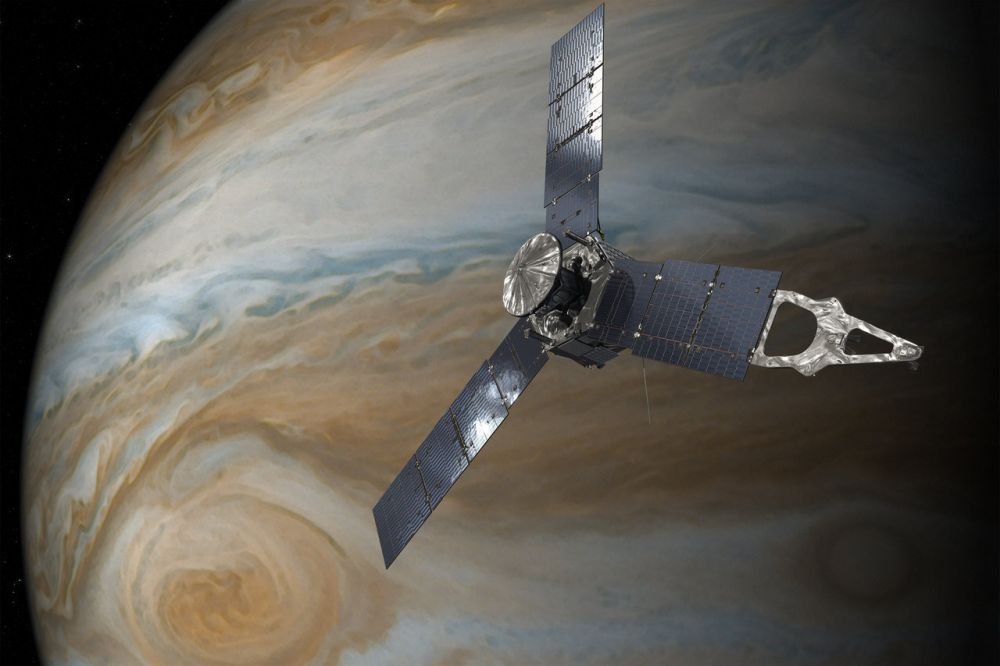 I also think the space shuttle Atlantis was a cool rocket (though I think all the space shuttles are cool!). Atlantis definitely had a good track record as NASA’s fourth space shuttle that flew from 1985 to 2011, with a total of 33 flights to space! When I was a kid, I remember watching videos of Atlantis flying up into orbit on resupply missions to the International Space Station (ISS), which really helped fuel my passion for rocket science! 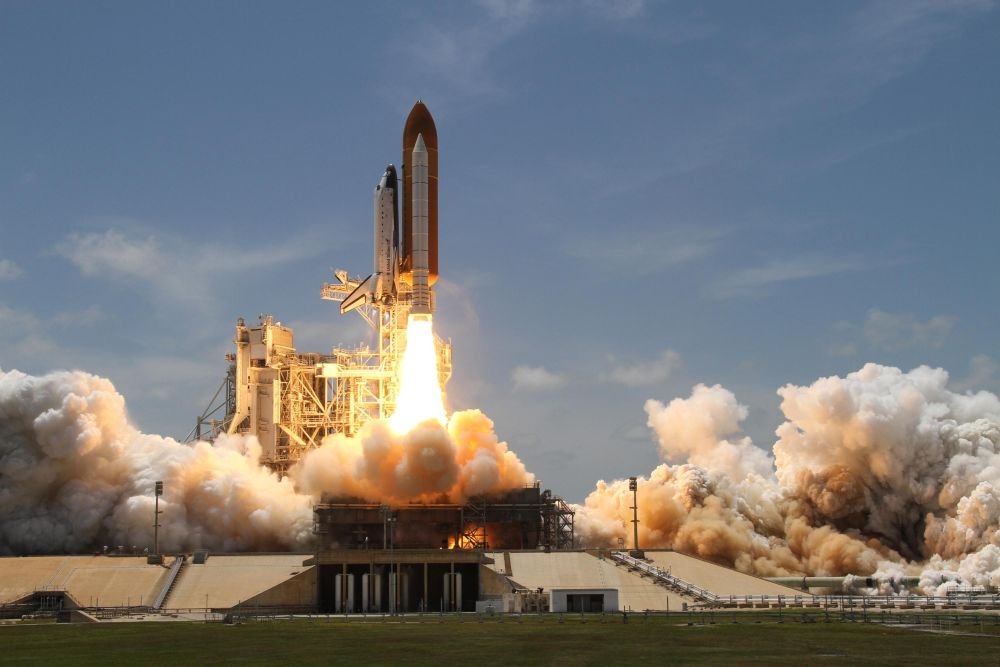 Atlantis lifting off on the STS-132 mission to the ISS on May 14, 2010
Public domain image via NASA

Now for your question, worded another way, why are astronauts “weightless” while in an orbiting spacecraft, like the space shuttle or the ISS, and do they still have weight (due to gravity)? The short answer is the astronauts still have the same amount of mass (click the link to learn more about weight versus mass) that they had on Earth. But the difference is they experience a sensation called weightlessness (“feeling weightless”) while in orbit around Earth. Let’s expand on this a bit further. 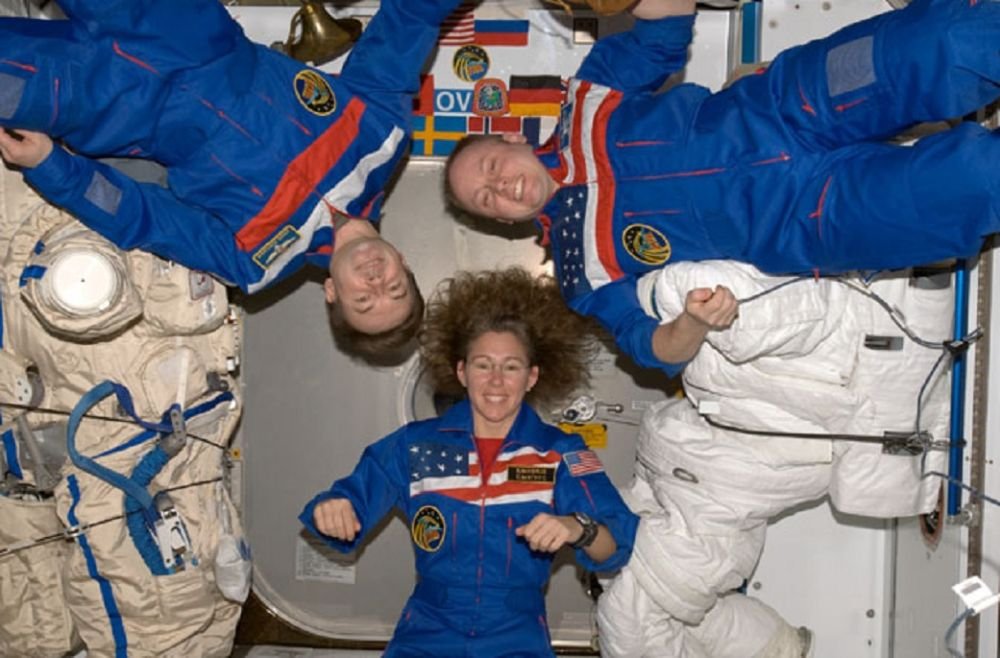 Astronauts “floating” around on the ISS
Public domain image via NASA

This concept is based on a term called microgravity, which is basically where gravity seems or appears very small (“micro” means very small). In other words, when astronauts float around in an orbiting spacecraft like the ISS, they’re not feeling the effects of gravity (even though gravity is still present). This is sometimes (incorrectly) called “zero gravity,” which is actually misleading because there’s always at least a small amount of gravity that exists everywhere in the universe, even in space!

Simply put, gravity is defined as the force that attracts two or more bodies to each other. For example, gravity is what holds the moon in orbit around earth, and what keeps earth in orbit around the sun. And, more importantly, this is the force that keeps your feet on the ground and keeps you from flying off into space! Yet, of course, the gravity from earth (or any other body) does become weaker the farther astronauts travel away from it into space. 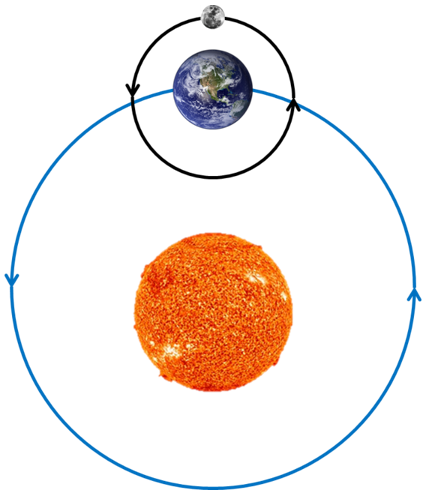 But that is not why astronauts (and other things) float while in space! Rather, they float because the spacecraft (plus everything onboard) is basically in a constant “free fall” (orbit) around earth. This is because earth’s gravity is always pulling everything in orbit downward (including huge stations like the ISS!), which causes orbiting spacecraft to constantly “fall” toward/around the earth’s surface. 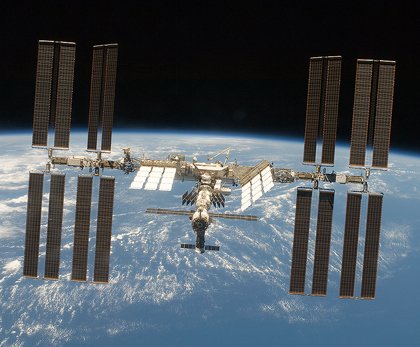 Picture of the ISS, over the earth’s surface, taken from the space shuttle Discovery
Public domain image via NASA

But since the spacecraft is moving really fast (e.g., the ISS moves at about 17,500 mph!), its forward motion (curvature) nearly matches its downward “fall” (around the curve of earth). Think of it this way: imagine having superhuman strength that would allow you to throw a baseball so fast that it went all the way around the earth and never hit the ground. It’s the same sort of thing with an orbiting spacecraft, which keeps falling toward the ground but, due its fast speed, never actually hits the dirt! As a result, the onboard astronauts are not pulled in any specific direction, which then causes them to “float” inside the spacecraft. 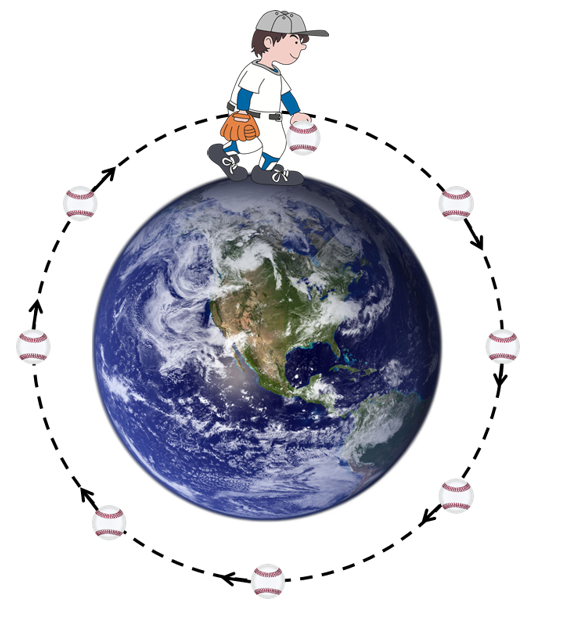 Illustration of “superhuman boy” throwing a baseball around the earth
Image of boy and baseball public domain via OpenClipArt.org

As an analogy here on earth, if you’ve ever been on a really big roller coaster (think about how you feel when going over a big hill on the track!) or any sort of free-fall ride at an amusement park, then you’ve definitely experienced this “floating” sensation! 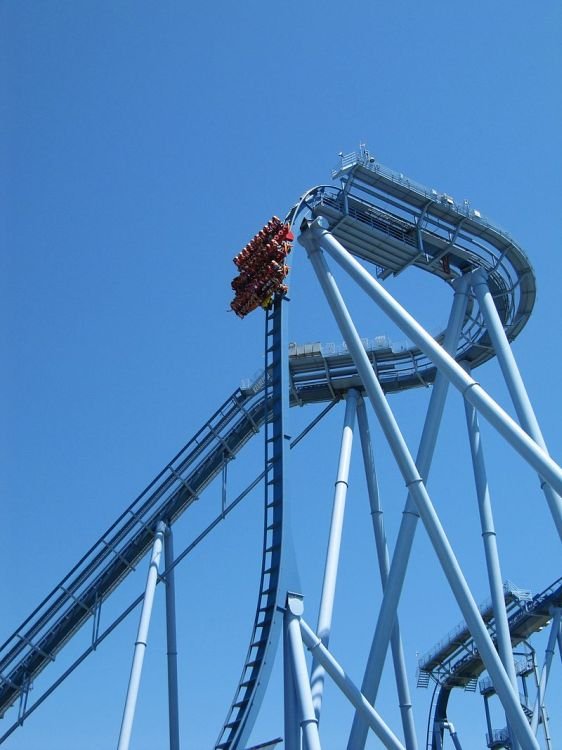 For example, if you were on a free-fall ride (like being dropped from a tall tower) and let go of a ball at the start, then you and the ball would fall at the same speed.2 And, as a result, the ball would appear to float in front of you! This is basically the same sort of thing that happens in orbit, where the spacecraft and astronauts, plus any onboard stuff, are all falling together toward (but around) Earth. This is what makes astronauts and other things in the spacecraft appear to float!

But while this experience sounds fun (and it surely is fun for a short time!), it actually worsens the health of astronauts, especially when in orbit for long periods of time (like for many months on the ISS). Scientists are still studying all the effects of microgravity on humans. In general, the astronauts’ bones and muscles weaken a lot, along with other changes in their bodies, over time from these effects.3 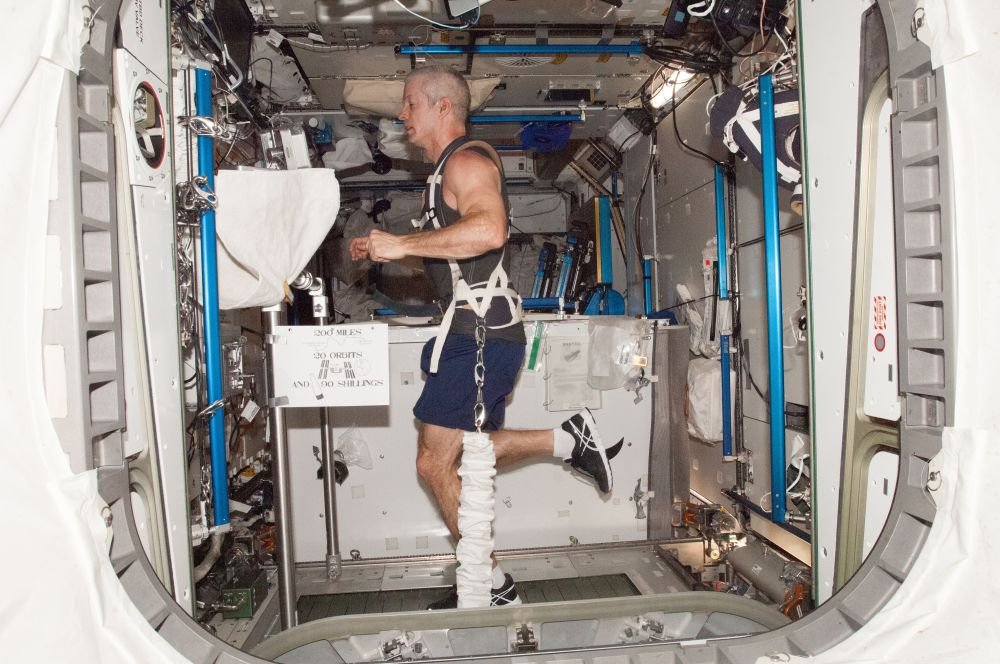 So this is why astronauts are constantly exercising (running on treadmills, weightlifting, etc.) while on the ISS. These exercises help to lessen the microgravity effects (though it still takes many months to fully recover on earth after a long space mission). It’s important NASA continues to learn more about these harmful effects from microgravity because the Bible says all human life is precious and made in the image of God (Genesis 1:27; Psalm 139:14). So we must do our best to protect the health and safety of these astronauts! This also should remind us of how very special the Earth is that God made for us to inhabit (Isaiah 45:18).

Overall, and most importantly if you’re a child of God, let’s continue to praise our awesome Lord and Savior Jesus Christ, who consistently upholds and sustains the universe by his power (Hebrews 1:3), for making adventures in space a possible (and fun) reality!

I hope you enjoyed learning about the weightlessness that astronauts experience while onboard an orbiting spacecraft! God bless!