Welcome back, Dinosaur Explorers! This month we’re off to the Cincinnati Museum Center in Cincinnati, Ohio, to get an up-close look at . . . Elvis!

We’re here to learn about dinosaurs, right? Elvis is a rockstar. Well, believe it or not, there’s more than one Elvis.

The Elvis we’re going to talk about today is a Torvosaurus! But before we talk about him, let’s talk about his species, Torvosaurus tanneri. Torvosaurus was first described in 1979 and translates to “savage lizard.” This dinosaur is classified as a megalosaur. These are members of the megalosauridae kind and therefore Torvosaurus is a cousin to the first dinosaur ever discovered called Megalosaurus.

This animal ranges from 30 to 33 feet in length and stood over 10 feet tall. It has a long and narrow skull, much longer than it is tall. The largest of Torvosaurus’ three manus (hand) claws measures about 10 inches along the upper edge. This is especially impressive when we consider that these claws would have been covered in a sheath of a material called keratin (the same material found in our fingernails and that covers the horns and hooves of some animals), which would have made the claw even longer. 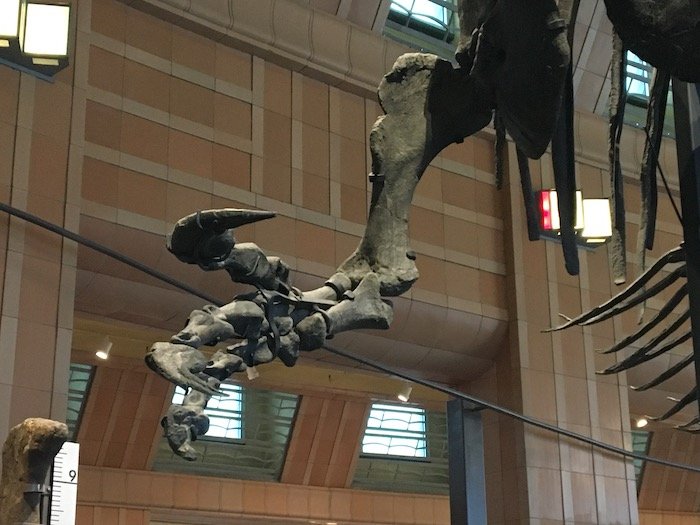 The arms of Torvosaurus with its massive claws.

Elvis was first discovered in 2012 in the Skull Creek Quarry in Colorado by Jason Cooper. When he first laid eyes on the beast, he wasn’t sure what he was looking at, though he knew it was significant.

“It didn’t take long before we knew we had hit upon something special,” he said. “One day we came across this huge tooth embedded in matrix, and we suddenly realized that this just wasn’t another dinosaur. This was a Torvosaurus . . . and we were finding more of it than anyone had ever found before.”1 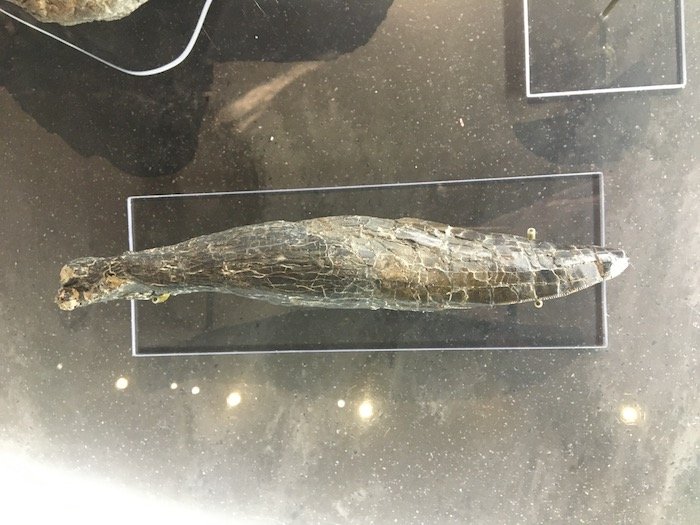 Torvosaurus tooth from the upper jaw.

Over the next three dig seasons a large portion of Elvis’ skeleton was excavated, though the bones were left safely in large chunks of matrix. (Matrix is the term paleontologists use to describe the sedimentary rocks that fossils are encased in.)

The fossils were then brought back to Fossilogic for preparation. Here it would take several months for technicians to carefully extract the individual bones from within the matrix. Eventually, after all the bones were unearthed, it was revealed that 55% of the skeleton had been found.

Along with the bones from other Torvosauruses found throughout the western United States, Elvis’ skeleton contributed significantly to our understanding of the overall look of this animal. Collectively, about 85% of the entire animal is now known.

Elvis’ remains (along with reconstructed bones from other individuals) are now on display in the Natural History Museum at the Cincinnati Museum Center. In fact, the Dinosaur Hall within the museum is the only place in the world where you can see the full, mounted skeleton of a Torvosaurus. The skull of this animal is massive—about 52 inches in length. And the largest of its teeth is about 10 inches long, including both the crown (the visible portion of a tooth) and the root (the part of the tooth that is inside the gum). These massive, serrated teeth were perfect for slicing through the flesh of other animals. Of course, before sin there would have been no death, and everything—including the fierce Torvosaurus—would have originally eaten plants. 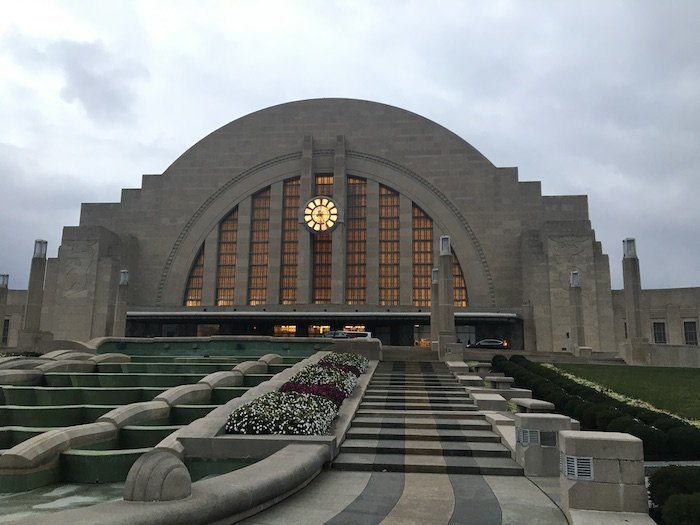 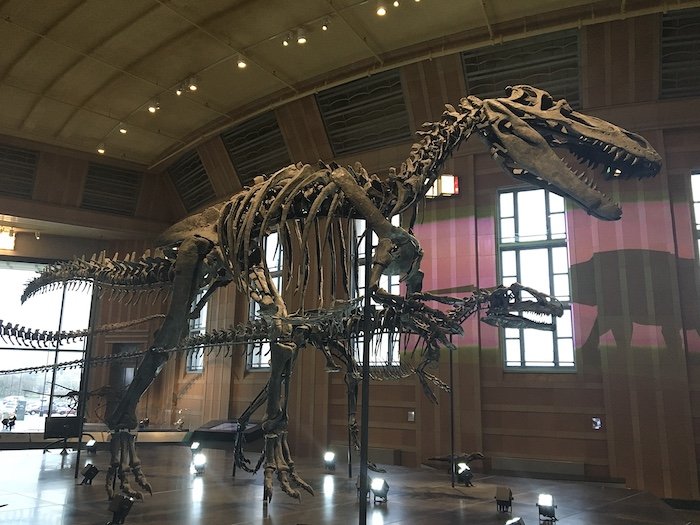 The skeleton of Elvis the Torvosaurus.

As I stood next to Elvis, I realized the massive size of this incredible animal, which was even larger than Ebenezer the Allosaurus, housed at the Creation Museum. However, the two animals were fairly comparable in size, though Elvis is a few feet longer. Indeed, in their time before the flood, Torvosaurus and Allosaurus were the top predators of their environment, rivaled only by each other. 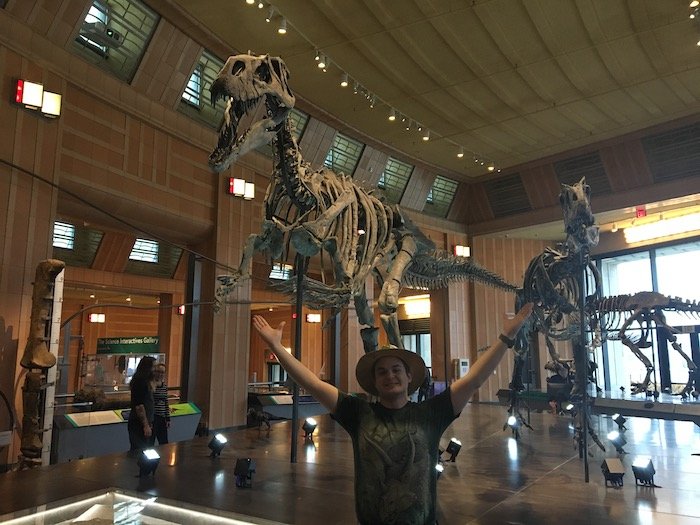 Kyle and Elvis the Torvosaurus.

Just like Ebenezer, Elvis is yet another example of the billions of creatures that were killed and buried by the catastrophic global flood of Noah’s day. However, whereas Ebenezer is used to point people to the truth of God’s Word regarding creation and the flood, Elvis is used every single day to lead thousands of people into believing in the false story of evolution over millions and millions of years.

It is important when we visit secular institutions like the Cincinnati Museum Center that we put on our biblical glasses and view the world we see through the lens of God’s Word so that we are NOT taken captive by the ideas and empty philosophies of this world (Colossians 2:8).

Come back next time to hear more about my adventures in the world of dinosaurs!