A Battle of Two Worldviews

About a month ago, while at the Boone County Fair in Northern Kentucky, my wife and I came across this beautiful artwork showcasing an epic battle between two of the largest predators to ever walk the earth. 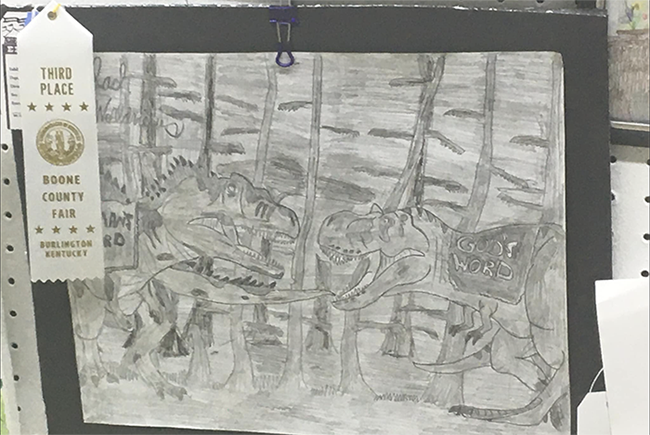 A Giganotosaurus (jig-uh-no-toe-soar-iss) and a Tyrannosaurus rex (tie-ran-uh-soar-iss rex). I thought, “This is really cool!” And while it is a nice image in and of itself, there’s a deeper meaning here.

Both dinosaurs are large theropods and are roughly the same size, although the Giganotosaurus (let’s call it the Giga, pronounced gee-guh) does have a foot or two on the T. rex in terms of length. At a quick glance, one may mistake the two; however, there are major differences between them. The T. rex has slightly shorter arms with two fingers, whereas the Giga has slightly longer arms with three fingers. The Giga is also designed to be more slender than the T. rex. Although the Giga is powerful and majestic in its own right, the Tyrannosaurus rex is simply built for power. From the tip of its tail to the edge of its snout, the T. rex was made of muscle. In fact, the Tyrannosaurus rex had the strongest bite force of any land animal. Its bite is estimated at 8,000 psi (pounds per square inch). Compare that to the estimated 2–3,000 psi bite force of the Giganotosaurus. In addition, the T. rex’s brain was also larger than that of the Giga, and it is believed to have been more intelligent. 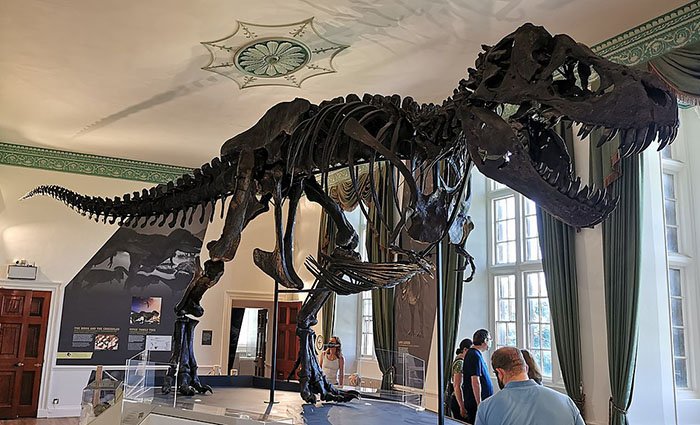 The eyes of the T. rex faced forward, giving it binocular vision just like humans. What this means is that the T. rex could see objects up to four or five miles away in clear detail. This is very different from the mostly sideways-facing eyes of the Giga, which would give it a wider range of vision but less depth perception (the ability to tell exactly where an object is or how far away it is). Essentially. . . this is not an even fight. 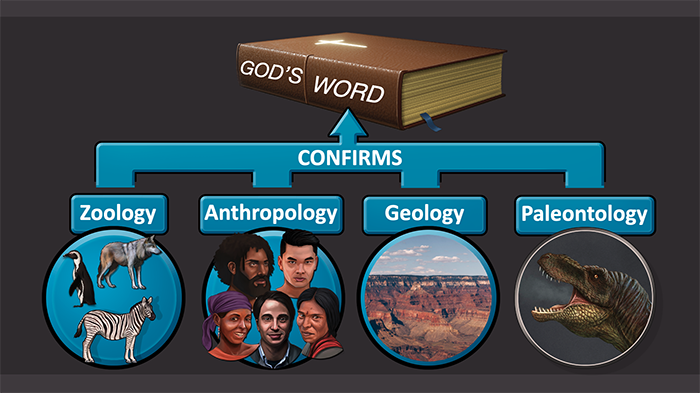 What this shows is that there is a battle in our culture between two worldviews. Belief in what God says in his holy Word, the Bible, or a belief in what men say. What we believe about the past, the present, and the future all depends on our starting point. Did we evolve from nothing over billions of years? Or were we specially created by God and in his image just over six thousand years ago?

We often hear about how science has disproven the Bible, but is this really true? Of course not. God’s Word is sharper than any two-edged sword (Hebrews 4:12) and can cut through the lies of this world. When we use the Bible to interpret the world around us, we see that science (when done honestly and accurately) really does confirm the Bible. And just as the Tyrannosaurus rex is better equipped than the Giganotosaurus for combat with other large dinosaurs, the Word of the living God is superior to and will always prevail over the constantly changing word of man.

As we read in Proverbs 30:5, "Every word of God proves true; he is a shield to those who take refuge in him."