God’s creation was perfect; there was no sickness, pain, or death. But this perfect creation did not last long. God placed Adam and Eve in the Garden of Eden where they could enjoy His creation. God gave Adam and Eve a rule: don’t eat of the Tree of the Knowledge of Good and Evil. God told them that if they ate of it, they would die. One day Eve was walking in the Garden, and a serpent spoke to her. He questioned God’s goodness to Eve, and he tempted her to eat the fruit from the Tree of the Knowledge of Good and Evil. Eve ate of the fruit and disobeyed God. She then gave the fruit to Adam, and he ate. This disobedience was sin against a holy God. And since God is completely holy (without sin), He had to punish that sin. God had warned Adam and Eve that if they ate of the Tree, they would die. When God came to walk with them that evening, He punished their sin. The earth was now cursed. Death was now part of life; both animals and humans would now die (Genesis 3:19; Romans 8:20–22). When the first humans sinned, it corrupted all of creation. The ground was cursed and would produce thistles and thorns (Genesis 3:17–18). Animals began to hunt and eat other animals. Man would now have to work hard for food, and woman would have pain in bearing and raising her children (Genesis 3:16–17). From this time on, each person would be born with a sin nature, and we all reject God. Adam and Eve’s first sin is called “the Fall.”

Since death was a result of the Fall, you may wonder what Adam, Eve, and the animals ate in the very beginning, right after they were created. According to God’s Word, they ate plants (Genesis 1:29–30). Even though this answer sounds simple, it has caused some to wonder about the difference between plant life and animal and human life. Death was a result of the Fall, but if plants died before the Fall, then death was present before sin. According to the Word of God, there is a difference between plant life and animal and human life. Throughout the Bible, the Hebrew words nephesh chayyâh are used to describe human and animal life. When referring to mankind, nephesh chayyâh means “living soul” or “soulish creature,” and when it refers to animals, it means “living creature.” However, this word is never applied to plant life. There is a plain distinction. It is easy to see that plants do not experience pain, suffering, or death in the same way that humans and animals do. Their death is not the death of a “living soul” or “living creature.”

Included with plants are possibly invertebrates, since they too were excluded from the nephesh chayyâh creatures. To gain a better understanding that there was no living-creature death before the Fall of Adam, we must correctly read what God has written. God’s Word plainly teaches that death is the result of sin. Therefore, there was no human or animal (nephesh chayyâh) death before sin. Adam, Eve, and all the animals ate plants before the Fall. 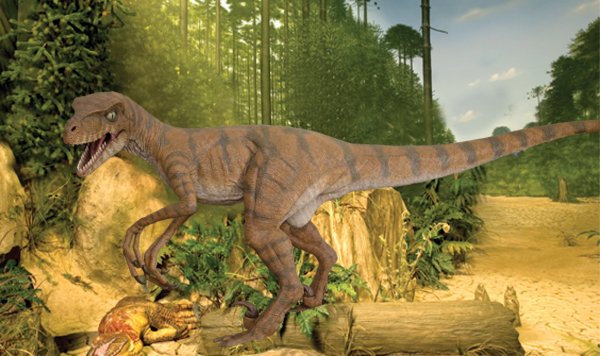 The Bible tells us that before the Fall, every animal ate only plants and vegetables (Genesis 1:29–30). Death (human, as well as animal death) entered the world as a result of Adam’s sin (Romans 5:12; 8:20–22). It was only after the Flood that God gave man permission to eat other things besides plants (Genesis 9:3). As you look at the animals in the museum, you may wonder how there could be no animal death before Adam sinned, when so many animals look like they were designed to attack and eat other animals, or to defend themselves from other animals. There are several possible explanations.

First, the harmful structures (like sharp teeth, poison, and claws) may have been used for different functions before the Fall, and animals only began using them for attack and defense afterward. A second possibility is that the animals may have been redesigned after the Fall, as part of God’s curse on all of creation, including the animals (remember, the form of the serpent was changed—Genesis 3:14). And finally, it is also possible that since God foreknew the Fall would happen, He could have “programmed” the information for these structures in the first animals, and “switched it on” after the Fall.

The most important thing to remember about defense and attack structures is that they were not part of God’s original creation, as such. They are a result of the Curse on creation after Adam sinned.