The sea otter is found along the coast of California, western Alaska, and also near islands north of Japan. The otter’s beautiful fur is dense and very shiny. They were once hunted almost to extinction because of their valuable fur.

The sea otter has a large head, small eyes, and a short, thick neck with pointed ears that are almost hidden by fur. Unlike most marine animals, sea otters do not have a layer of fat or blubber under their skin but the air trapped in their fur keeps them from losing body heat. This insulation layer is very essential for survival in cold water.

The hind feet of the sea otter are long, broad, and flipper-like, while the forefeet are small. The sea otter seldom ventures on land but likes to keep the shore in sight. They will come on shore if there is a bad storm or to deliver a pup.

Sea otters eat clams, crabs, mussels, and shellfish. This creature is the only carnivore with four incisor teeth in their lower jaw (with molars that are broad and flat, making it easy to crush shells). The otter will dive for its food, moving swiftly through the water. Then the sea otter rolls on its back to eat using its chest as a table. Sometimes to smash a shell, the sea otter will get a flat stone and crack the shell down on the stone until the shell breaks open. Sea otters eat at least 20 pounds (9 kg) of food a day.

This creature sometimes attaches a piece of seaweed or kelp around its body to prevent drifting while it sleeps. Sometimes it has even been seen putting its hands over its eyes while sleeping.

After a gestation period of eight to nine months, a single pup is born. The female goes on shore to deliver. Her pup is born ready to follow its mother into the sea with its eyes open, a set of milk teeth, and with lots of fur. The mother immediately carries the pup to the water to start teaching her young how to hunt. The pup will stay with its mother for close to a year.

The natural enemies of the sea otter are the killer whale and large sharks. Man was its worst enemy in the past because of its fur, but laws now protect the sea otter.

Sea otters can be playful and put on a show for people. It is a real treat to see them floating on their backs watching the boats go by.

Length: up to 4 feet (1.2 m)
Weight: 80 pounds (36 kg)
Life Span: Unknown
Special Design Feature: The sea otter keeps warm in the cold Alaskan seas by air trapped in its fur. It does not have a layer of fat or blubber like other marine animals.
Did You Know? The sea otter lies on its back in the sea using its chest as a table. 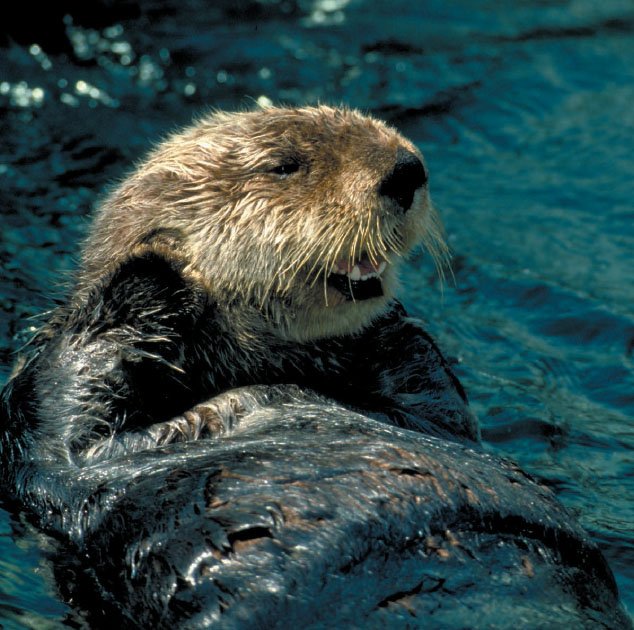 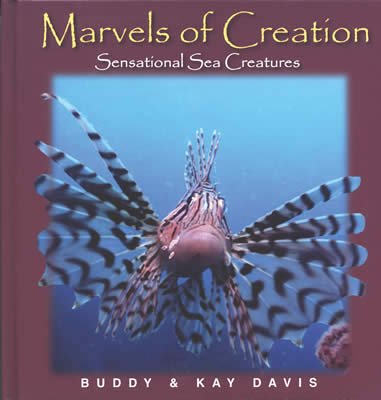