When surprised by a predator, some sea cucumbers can expel their internal organs along with a sticky substance. 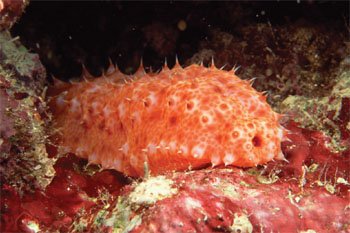 Size: Most up to 16 in (40 cm)
Diet: Plankton, decaying organic matter
Habitat: Found on seafloors worldwide in both tropical waters and cold trenches