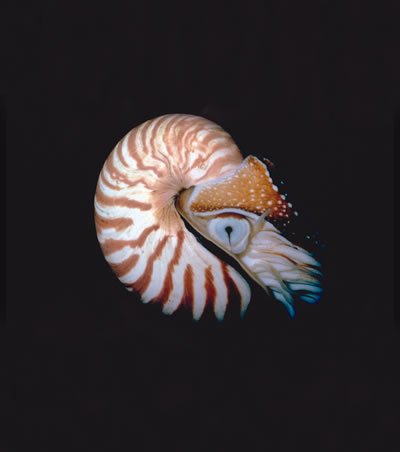 To keep itself afloat and upright, the chambered nautilus has a tube called a siphuncle that runs down the center of each chamber and releases a gas, maintaining a density close to that of sea water. This allows the chambered nautilus to swim about with a minimum of effort. The information for this design was part of God’s provision for this creature at its creation; this feature did not evolve.

Habitat: In the water column where the slopes of coral reefs descend into deep waters